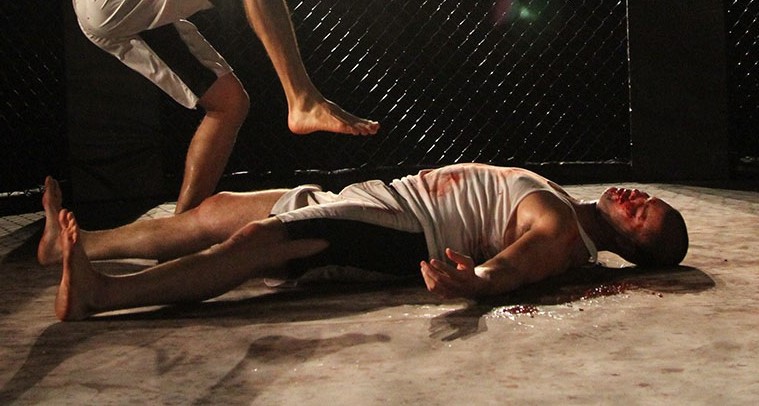 Ever since I’ve caught wind of this high concept action film I’ve been … intrigued.

IMDB has the tagline as “Abducted without explanation, two men are forced into a daily steel cage brawl testing their will to live.” When you look deeper into the story it there is talk of it exploring the duality of man and our capacity to love. So this is the Twilight Zone meets MMA cage fighting. Sign me up!

The film has serious talent behind it. The films directed by Donald Lawrence Flaherty, the same person who made the legendary (in geek circles) film short The Death of Batman  and Colin Follenweider, who did stunt work in a little film called Avatar. It stars Morgan Benoit (The Forbidden Kingdom) and David Mattey (Hancock).

I can’t wait to get my eyes all over this slugfest. The trailer is below, and let us know what you think in the comments!