With Halloween around the corner and the upcoming release of the latest Bond flick Spectre, what better time to take a look into Día de Muertos?

As you may know, one of the settings in Spectre is Mexico City, during a Dia de los Muertos festival. In a screenshot, we see Bond wearing a skeleton mask to blend in.

Traditionally, Día de los Muertos, literally translating to “Day of the Dead”, means gathering with loved ones to pray for the deceased, building ofrendas (altars), honoring them with the departed’s favorite foods, decorating with sugar skulls and marigolds and leaving possessions of the deceased at the graves. The Mexican holiday originally was celebrated at the beginning of summer. It was moved to October 31, November 1 and November 2 to coincide with All Saints Day, (Halloween by happenstance.)

Speaking of sugar skulls (Calavera), if you’re still scratching your head at what to wear for Halloween, paint your face as one! This is a beautiful costume idea for men and women. You can dress to match or just throw on a simple long dress or suit and you’re done! Need help on the face paint? We have a tutorial on that! Check it out here. 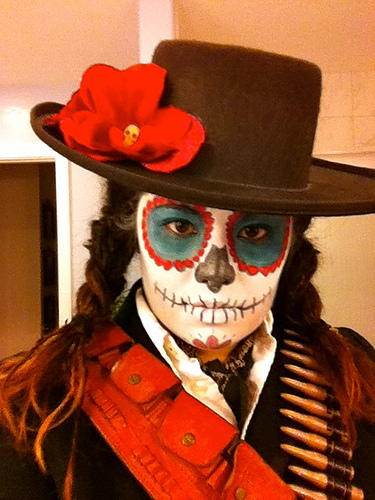 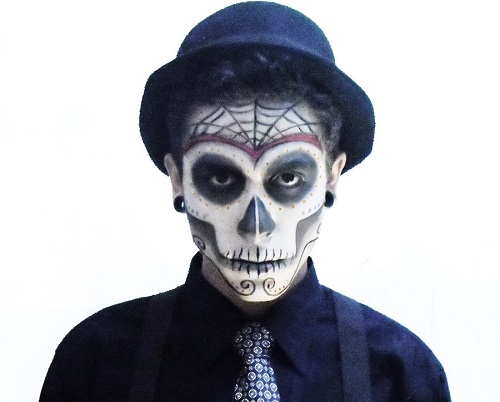 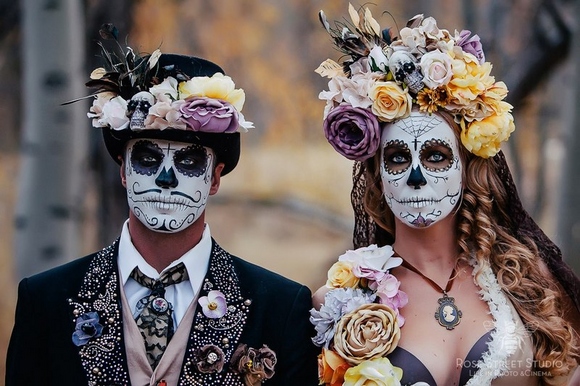 Want to decorate using sugar skulls for a Día de los Muertos or Halloween? Check out my Etsy shop for inspiration! 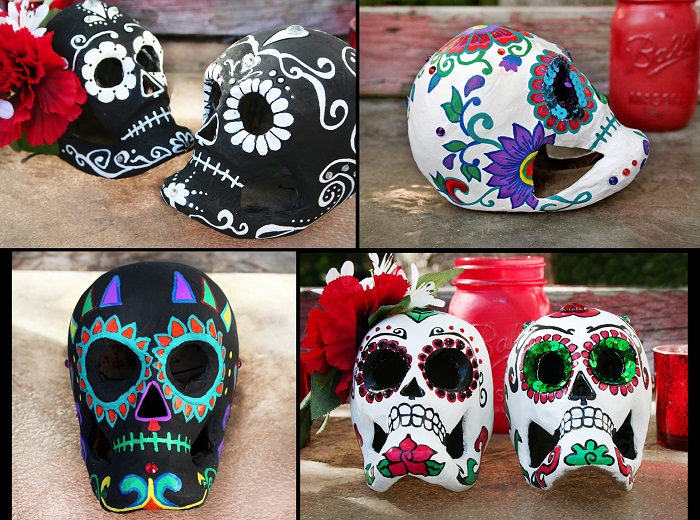 Spectre, out in theaters November 6th.
Photo Source: Pinterest | Action A Go Go on Twitter and Instagram | Be sure to leave your thoughts in the comments section!
Often times referred to as Optimus Prime, Tabatha LeStrange is a machine. A ghost machine. Catch her if you can on Twitter @BD_Danger
The views and commentaries expressed on these pages are solely those of their authors and are not necessarily either shared or endorsed by ActionAGoGo.com. all copyrights held by their respective owner(s)