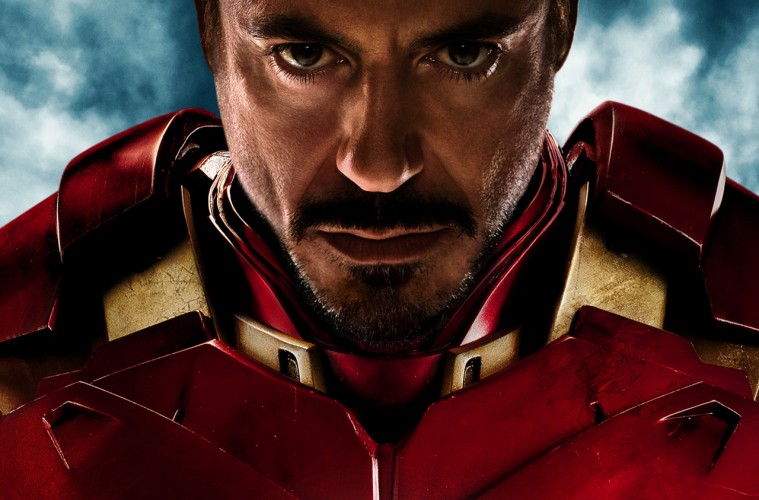 With the explosion in popularity of super-hero movies in recent years, it’s easy to forget that that there was a time when movie studios didn’t know how to make a comic-book adaptation. Prior to Marvel Studios striking more gold than Roddy Piper in his Wrestlemania XII “Hollywood Back-Lot Brawl” match, super-hero flicks were, for the most part, driven by directors with little to no understanding of the source material. Many of them opted for campy adaptations by way of compensation. While most of the films were highly commercially successful to one degree or another, their on-screen interpretations were critically bashed, and rightly so. No longer looking at these films with the eyes of a testosterone-fueled pre-pubescent, it’s not difficult for my refined adult mind to surmise why those films were so bad. Below is my list of the 10 worst super-hero flicks to have been released in over the past 25 years. It’s in no particular order, but here it is: 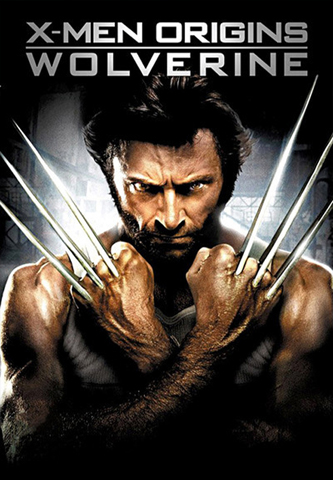 I wanted to like this movie, I really did. The die-hard X-Men fan in me led me to the theaters not once, but three times. The first viewing left me befuddled as to why I didn’t like it. By the third time, I just knew. Liev Schrieber, Ryan Reynolds and Taylor Kitsch made their characters interesting, but the whole movie sucked overall. The title character was nowhere near as appealing as the supporting characters portrayed by the aforementioned actors, and the source material was butchered so badly that the film shouldn’t even be considered part of the X-Men in-film canon. The worst thing they did in this film was portray Deadpool at the end as a mute, brainwashed, multi-powered super-soldier. Reynolds’ portrayal earlier in the film was closer to the character than the monstrous joke he was turned into. Also, having an obvious CGI version of Patrick Stewart as Professor Xavier only annoyed me further. It makes me want to ask the producers if they’re actually trying anymore. 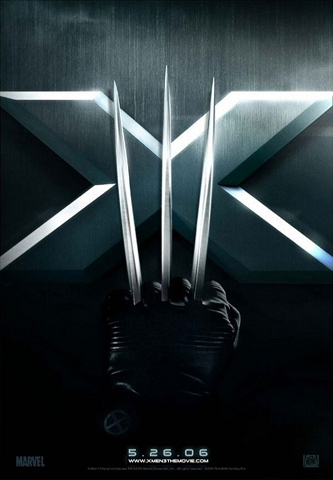 Considering the quality of 2003’s X-Men United, the hype for the third installment of this film series was understandable. Even with the shift in directors towards Brett Ratner, the appearance of the Phoenix-Force that was heavily alluded to in the previous film kept anticipation high. But alas, what we got instead was a film that killed the X-Men film franchise for a good five years. Even as a fan, I refuse to include this film as part of my blu-ray collection. It took two good ideas (Jean becoming Phoenix and the mutant cure) and executed them both concurrently and poorly. Furthermore, James Marsden’s Cyclops was reduced to so much irrelevance that he was killed somewhere in the first 30 minutes of the film. Along with killing the first X-Man, killing off Xavier and making the Angel the poster-child for mutant self-hatred was just blasphemous. Not only did it descend into camp (“I’m the Juggernaut, BITCH!“, anyone?), it felt rushed and unresolved in Ratner’s hands. Lastly, it was a cameo-fest for several B-level mutant characters who are more eye-candy than actual characters on-screen. 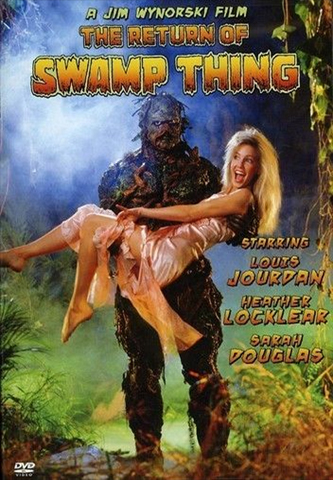 As a sci-fi loving third grader, I enjoyed watching this movie on lazy weekday afternoons when I was nine-years-old. I hadn’t seen the original Wes Craven film prior to, and the need to do so didn’t become apparent until much later. This film does not take itself seriously. Though there’s plenty of action, fights and explosions to make my fellow AAGG writers drool, everything about this film is intentionally campy. From cornball special effects to backwoods stereotypes, any adult in their right mind can see right through this film. Louis Jourdan as Dr. Arcane was cool, but Heather Locklear was too over-the-top as the Beauty to Dick Durock’s Beast. The film grossed only six figures in the box office and I know that Creedence Clearwater Revival are embarrassed that they gave the film’s producers license to use their song “Born in Bayou” in both the opening and closing credits. The depiction of Swamp Thing’s lovemaking habits was also silly. Locklear’s character is a horticulturalist who pretty much becomes a dendrophiliac when she meets Swamp Thing. Being a plant/human hybrid, he can’t give her sex, so he grows a plant off his body for them both to consume. The result: Hallucinogenic sex that’s “as real as you want it to be“. If he can grow plants off his body instantly, he’d make pot-dealers rich beyond imagination. In retrospect, this film is a sci-fi love-story geared to the unimaginative. 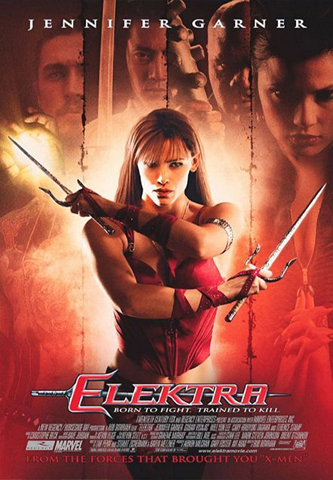 Released as a spin-off to 2003’s Daredevil, this film was hot garbage. It’s uninspired plot/script put Daredevil on hiatus for over a decade. Not until this year was it revamped as a series on Netflix, the only medium conducive for the franchise’s darker elements. I didn’t like Garner’s portrayal of Elektra in the 2003 film. Though it featured a Black-American Wilson Fisk, Garner’s highly-Americanized portrayal just didn’t work for me. They introduced her as quickly as they killed her off. Her own feature film is a testament to the greed of the film industry for putting rushed, sub-standard films just to make a buck. Along with the film below, it was a death-knell for super-hero films starring a female protagonist. Ms. Garner, stick to dramas. Let your husband do the super-hero flicks. 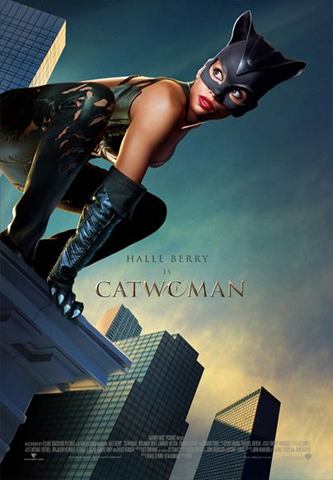 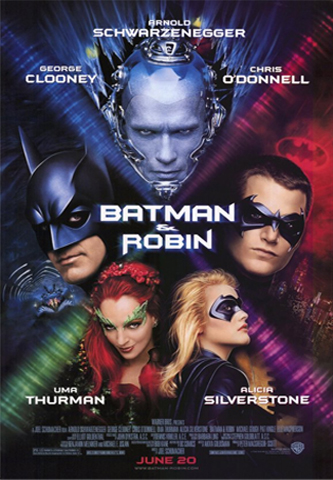 Almost a year ago, I posited how this film was so bad that its soundtrack was better. While Joel Schumacher is a good director, he’s just not cut-out to make super-hero movies. His casting choices for this film were as borderline reckless as was his tendency to subject these characters to overtly-homoerotic overtones (Bat costume with nipples? Which will do what exactly?). George Clooney was too….happy…..as Batman/Bruce Wayne. He was basically playing himself in both guises without any discernible difference apart from the bat costume. Uma Thurman acted like she was performing in an elementary school play, Bane was a loose parody of the Hulk, and Arnold Schwarzenegger? He got top-billing as the primary antagonist, Mr. Freeze, and played that part with so much ham that keeping kosher would be impossible for him. No pun intended, but his characters horrid ice puns were just the tip of the iceberg for this film’s suckiness. This one film sealed the demise of the Batman franchise until Christopher Nolan revived it 8 years later. 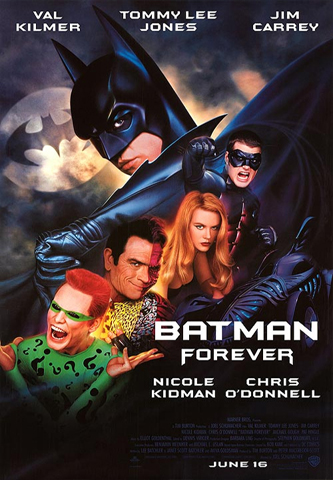 The first of the Batman films directed by Schumacher, it started the trends in this franchise that I described above. There was so much wrong in this movie that I don’t know where to begin. It got as much attention as it did because Jim Carrey, who was a hot Hollywood commodity at the time, was cast as the Riddler. He was so over-the-top, a tongue-in-cheek line about it was included in the film. Tommy Lee Jones’ Two-Face felt less like the character and more like a childish imitation of him. The scene where he’s at Wayne Manor flipping his coin until he gets the outcome he desires bothers me still. Even in Batman: The Animated Series, the character abides by the outcome of his coin toss and decided accordingly, regardless of whether or not it was his desired result. Nicole Kidman’s character is straight-up shameless. She’s making out with Batman while he’s trying to break-up a heist and, in the same breath, arranging a booty-call with him. Val Kilmer’s portrayal of the title character was wracked with insecurity and insufficiently dark. This film’s legacy was its soundtrack, which was included hilariously in this scene from the Showtime series Shameless. 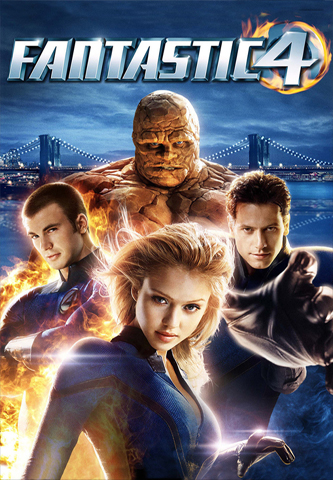 Tim Story’s adaptation of the ‘first super-hero family’ was met with jeers and all things negative. To be honest, Ioan Gruffudd’s Mr. Fantastic was alright, as was Chris Evans’ Johnny Storm. I think Jessica Alba was miscast as the Invisible Woman, she’s way too hot for that role. Dr. Doom as an egotistical corporate raider instead of an egotistical scientist was very cliched. And having Sue leave Reed for Dr. Doom was just so out of character, even for a big-screen adaptation. The film did not feel inspired and moved a little too fast. I think the film spent too much time focusing on how Ben Grimm deals with his transformation more than anything else. Although his character is the most visibly altered, he’s not the only one affected. The box-office success of the film gave way to an equally-panned sequel. 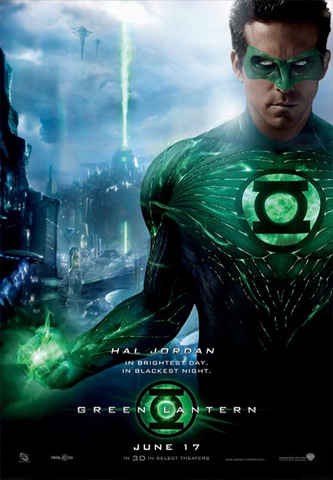 Only two things about this film stayed in my memory:
a.) How hot Blake Lively looks as a brunette.
b.) Peter Sarsgaard’s hilarious shrieking as Parallax. 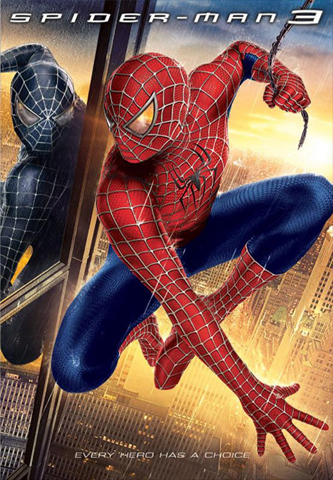 Though Marvel Studios has somewhat acquired Spidey back from Sony, it still has a long way to go in terms of making up for this travesty of a film. What went wrong? Well, let’s see…Tobey Maguire goes all emo as Peter Parker (he’s got emo bangs, to boot) and actually starts dancing on a table; three different villains were included in the film which made me feel as though I was watching three unrelated stories unfold; and the Sandman. That character’s presence in this film pretty much negates anything we saw in the first film regarding Spidey’s origin. Making him Uncle Ben’s killer was a stupid retcon, Roy Thomas could’ve done better. Though I liked Sam Raimi’s franchise better than The Amazing Spider-Man, this film is Spidey’s biggest red flag on-screen.