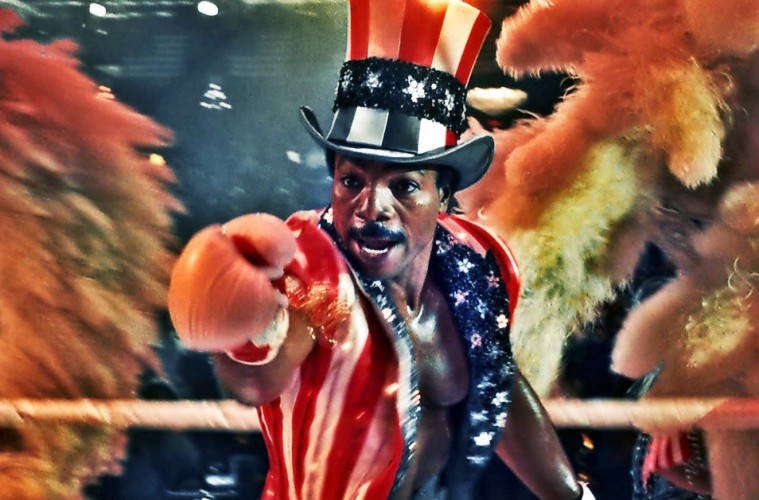 1985’s Rocky IV was the first film that I ever viewed in the Rocky series. To this day, it remains my favorite. The music, the choreographed boxing, and pro-American sentiments were definitely a reflection of the Reagan Era. Looking back on the film now in relation to the other entries, it’s the only film that stands alone in the sense that it has almost no connection to the others (The character of Mickey wasn’t even mentioned in this one). While a Rocky film at heart, this film was also a vehicle chaperoning 1980’s American patriotism during the Cold War. Professional wrestling promotions followed the same trend and garnered massive popularity during that period by setting its stage with the dichotomy of “America = Good; USSR = Bad”. 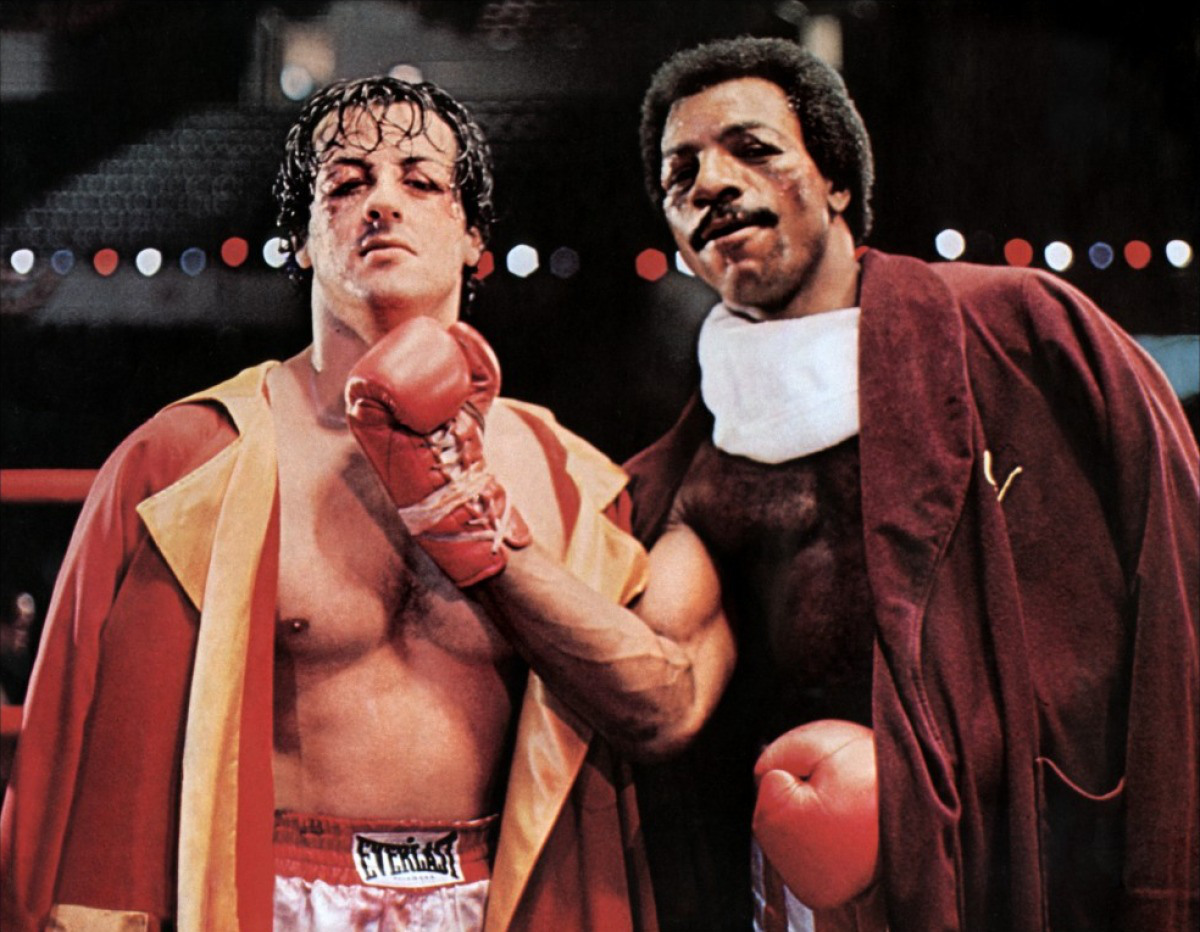 It’s no spoiler that this film was also Dolph Lundgren’s entry into both Hollywood and the series as Ivan Drago and Carl Weathers’ exit (figuratively and literally). In the film, Apollo Creed has an exhibition match with the cold hulking Russian and is beaten to death and the ring. Though it’s probably been said before, the fight and Creed’s impetus for setting it up all mark him as a willing martyr.

Apollo sees a televised press conference with a younger Russian fighter at the helm and feels insulted that Russia wants to participate in American boxing. He blatantly states “this is us against them” and how he wants to “make them look bad, for a change”. He asks for Rocky’s help in promoting the fight, assumes that Drago’s status as an undefeated amateur means he can’t fight against a licensed professional boxer (Creed probably didn’t even study a tape of Drago’s fights), and has a Fourth-of-July-esque intro for the fight in Las Vegas. Creed comes down to the ring dressed in a variation of the boxing garb that he wore in the first Rocky. As he also did in his first fight with Rocky, Creed doesn’t take the fight with Drago all that seriously. After getting pummeled by Drago in the first round, he makes Rocky promise not to stop the fight. When Creed is mercilessly beaten in the second round and screams for Rocky not to throw in the towel, Drago lays in his coup de grâce. 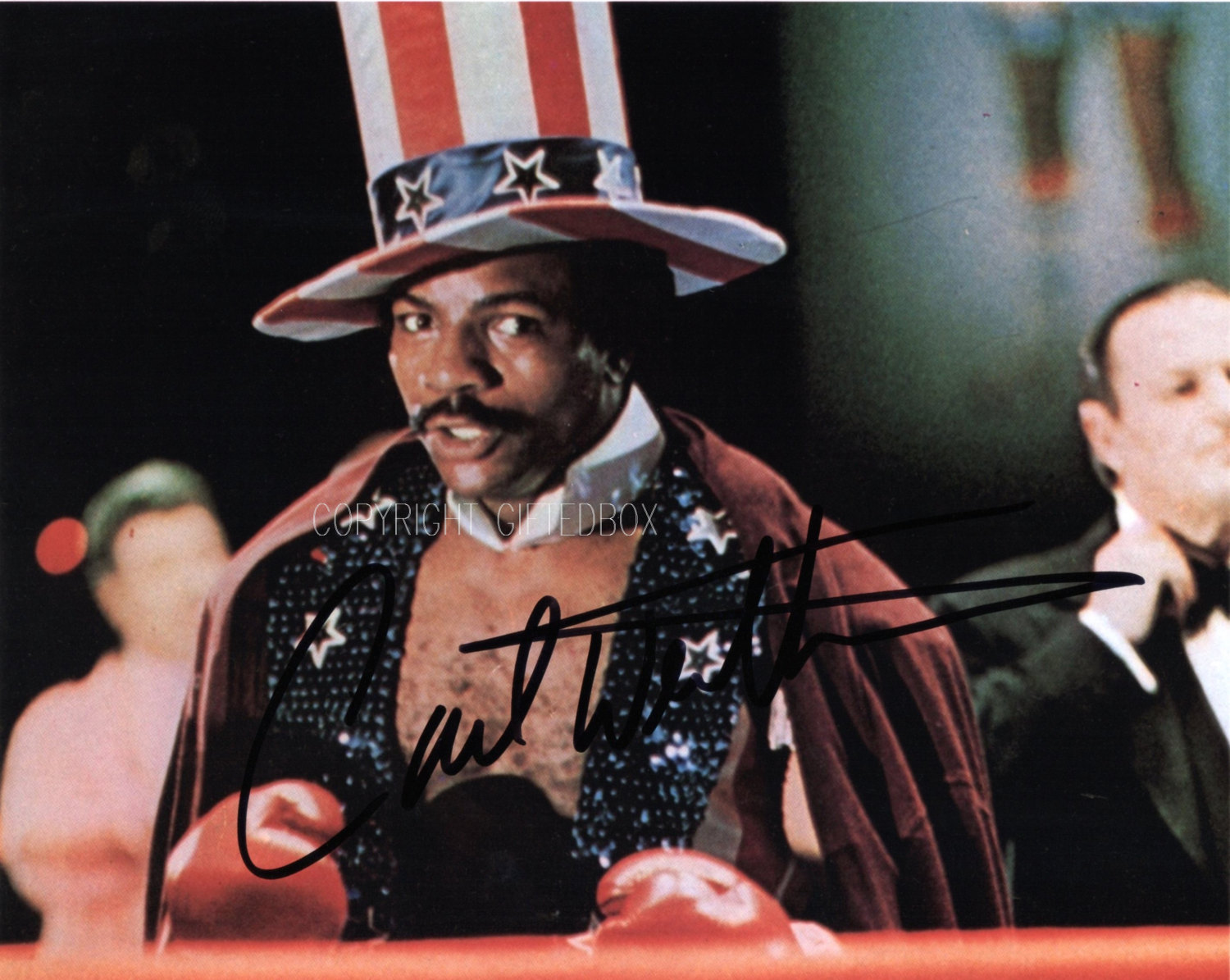 Creed wanted to die and essentially gassed up the engine of his destruction. It’s not difficult to surmise how a Russian in Cold War America bombarded with rude insults and James Brown’s performance of “Living in America” could literally beat someone to death right after. The film makes Creed’s death a willing sacrifice for his country, but the way I now see it, it’s the athletic equivalent of suicide-by-cop.