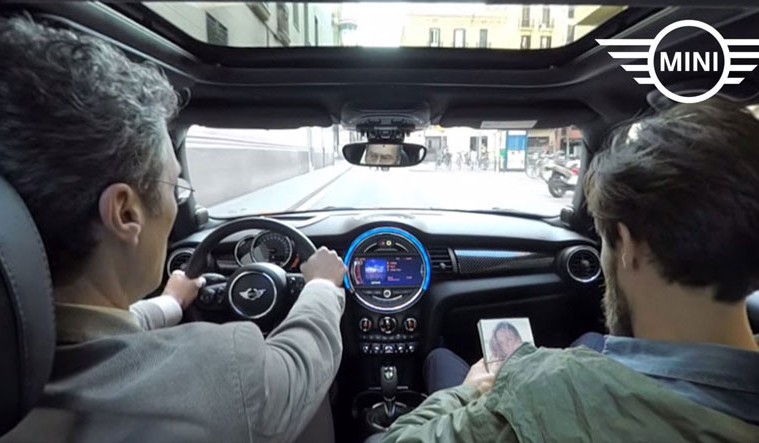 MINI TOOK VR TO THE NEXT LEVEL

A while ago, MINI made some mind bending short films that showcased the power of VR (and just happened to show off their cars).

You may know MINI as the makers of the MINI COOPER. The vehicle has had starring roles in movies, such as The Italian Job (1965, and then again in 2003). The gif below is from the original classic movie:

So this car isn’t a stranger to starring roles. What follows are two short films starring these compact rides along with the making of video. But, why are they so special? Well, these aren’t normal videos. You can actually “look” around them in real time usimg a headset or touch screen (if you have one on your smart device) to get the effect. It’s really cool and Icertainly hope it could be a part of other movies and TV shows in the future.

Check it out and let us know what you think in the comments.

The making of video is here.