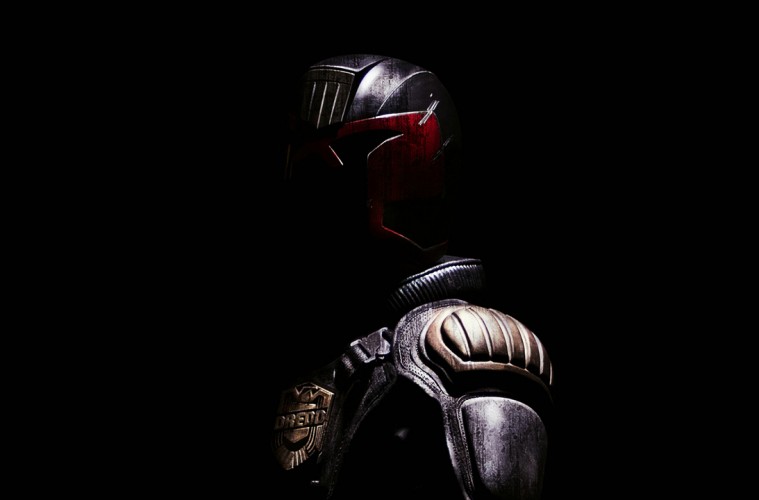 ATTENTION ALL ACTION FANS: THERE IS A ‘DREDD’ PETITION AND YOU NEED TO SIGN IT!

While websites play with the emotions of fans everywhere by constantly misreporting that Pacific Rim 2 is dead, another cult favorite is taking matters into its own hands, and it’s Judge Dredd (appropriately enough). 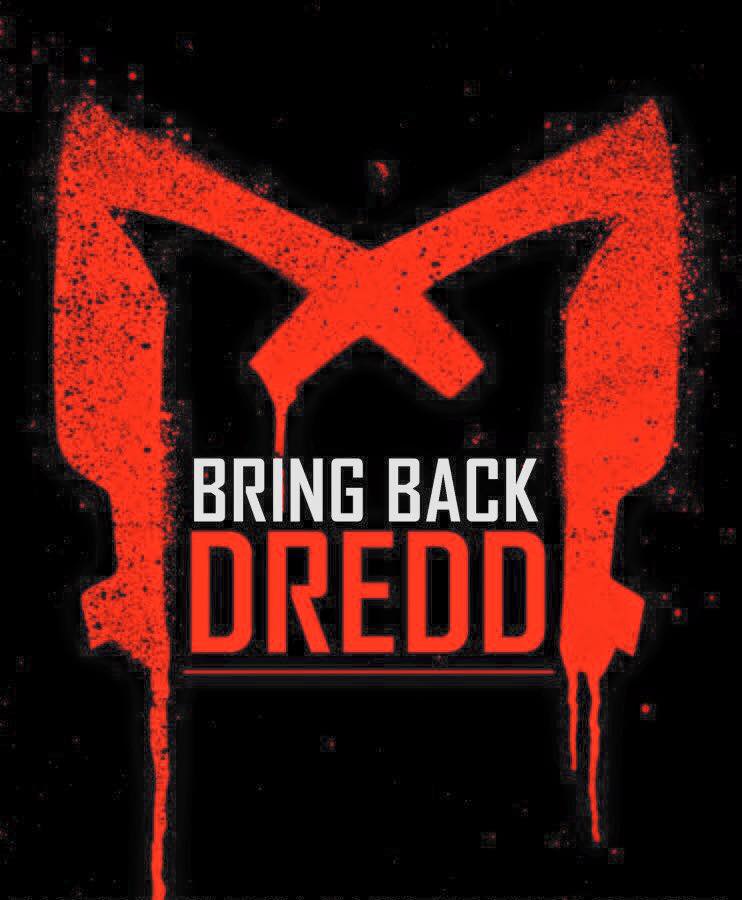 Since its 2012 theatrical release, Dredd — the film based on 2000 AD’s lantern-jawed judge, jury, and executioner — has been the source of sequel rumors. Unfortunately, the film didn’t do well enough theatrically or on home video (despite how many times I’ve watched it) to warrant one. Now, 2000 AD is taking matters into their own hands. Tired of waiting on Hollywood to get their shit together, the comics publisher is backing a fan petition to bring Dredd to you. 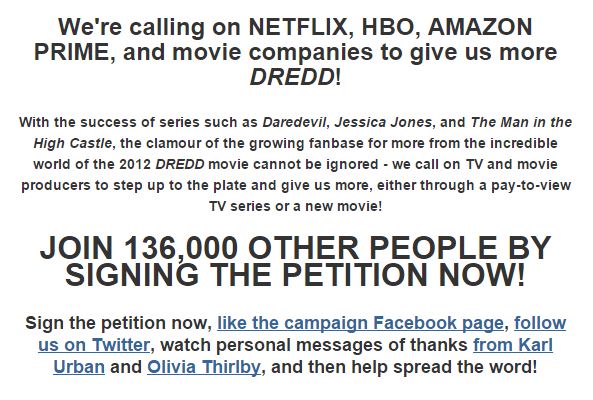 Personally, I love the idea. Netflix’s recent success with bold, mature-rated Marvel television has proven to be incredibly engaging and wildly unpredictable. For that exact reason, the merciless Judge Dredd and the unsavory dregs of Mega City-1 are a perfect fit for a showrunner with the right vision. Still, let’s not get ahead of ourselves. The UK comics publisher sees a future for Dredd via an on demand platform, but first we need either Netflix, Amazon, or HBO to catch on.

Are you a fan of 2012’s Dredd? We’re you just as pumped as we were to see such a classic anti-hero brought to screen in such a pitch perfect way? Do you want to believe in miracles? Well, you’ve run out of excuses, buddy…sign the petition! And tell your friends to sign it. Hell, tell your slap happy grandpappy to sign it too! Just do whatever it takes to bring me more Olivia Thirlby in a judge suit, you selfish bastard!