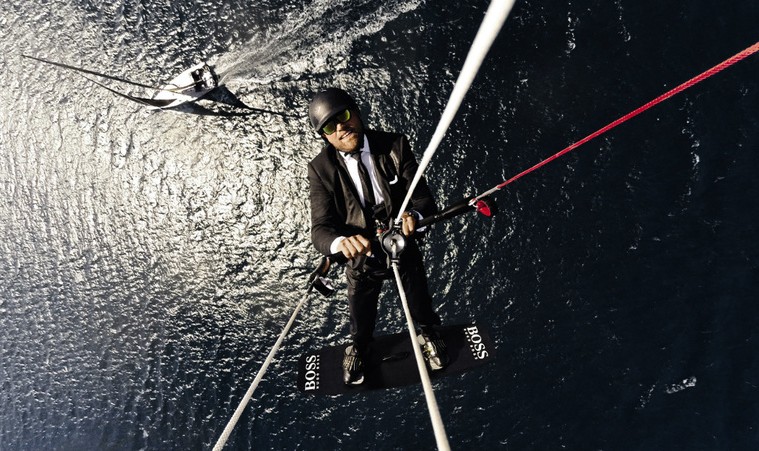 ALEX THOMSON FLIES OVER BOAT, WINS INTERNET FOR A DAY

Well, Alex Thomson doesn’t fly, technically. He kitesurfs over the damn thing, and in style to boot. But first, let’s get a bit more background, shall we? Thomson is a round the world sailor that runs the HUGO BOSS boat. BOSS has been sponsoring Thomson since 2003 and this year he will be piloting the BOSS boat around the world by himself (!) in the Vendée Globe race held by the IMOCA.

If that wasn’t bad ass enough, every once in a while he just feels like performing crazy stunts. Such as the #KEELWALK he did in 2012 that can be seen here …

So, now that we are at the 2 year mark it is time for Thomson to do something extra crazy and this time it is a the #SKYWALK. This was done in partnership with BOSS as well as Mercedes-Benz under the tutelage of pro kite surfer Susi Mia and kite surfer coach Ray Casper. He starts kiteboarding while being pulled by the yacht. The boat then goes upwind and Thompson is carried up no less that 280ft in the process. It is stunning to watch, and he looks very James Bond doing it in that finally tailored BOSS suit. The video is below along with a diagram of the event and pictures to put it into perspective. 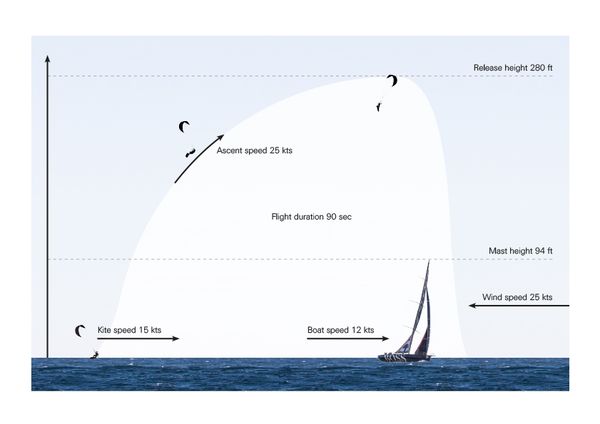 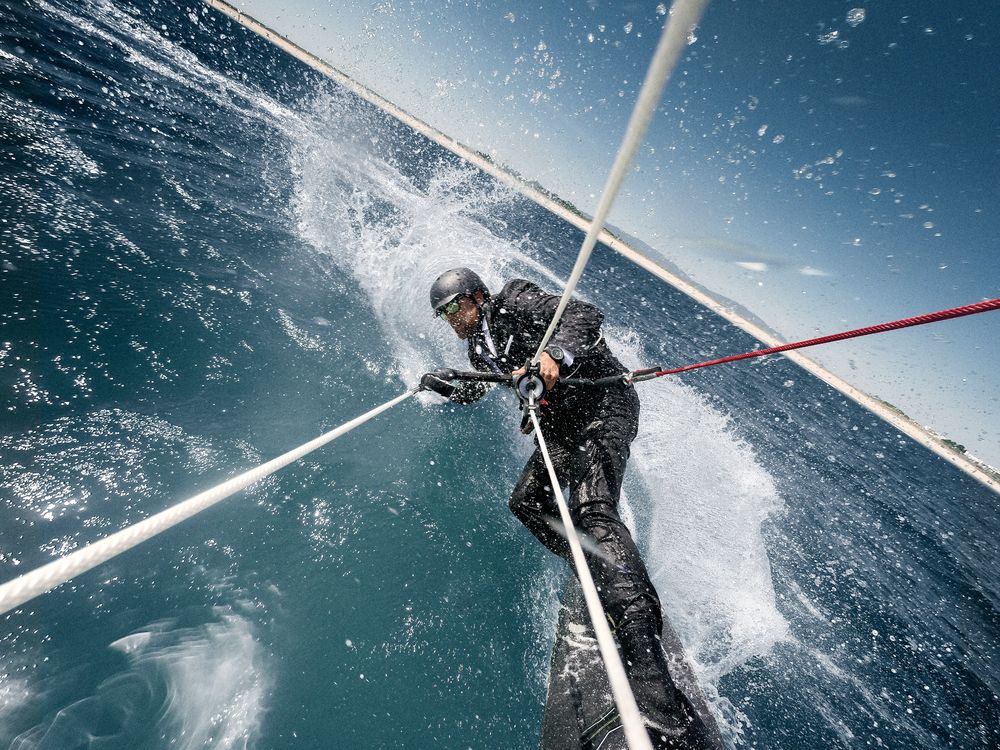 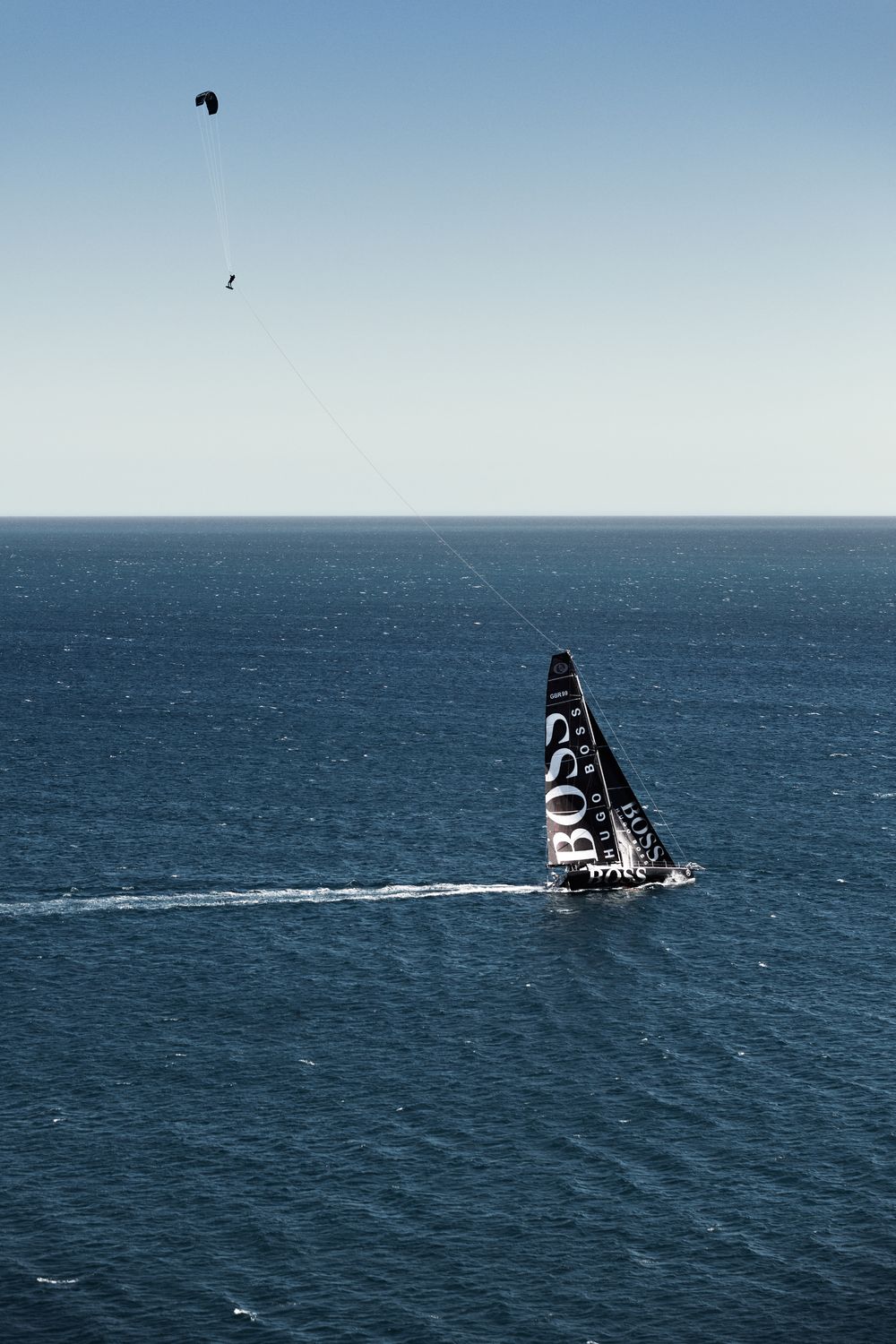 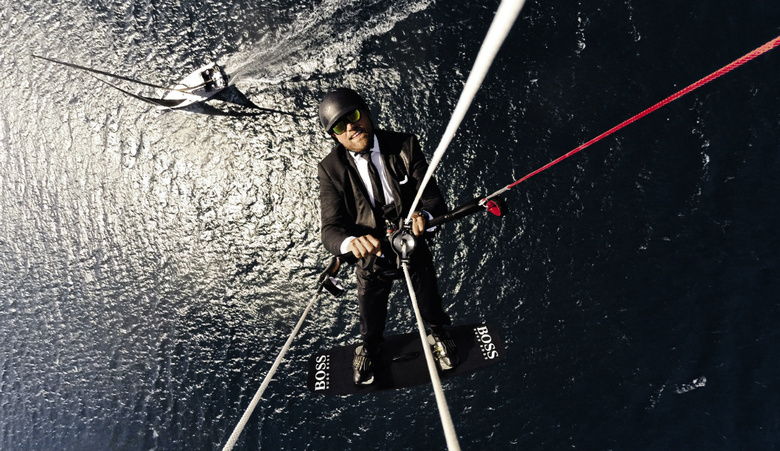