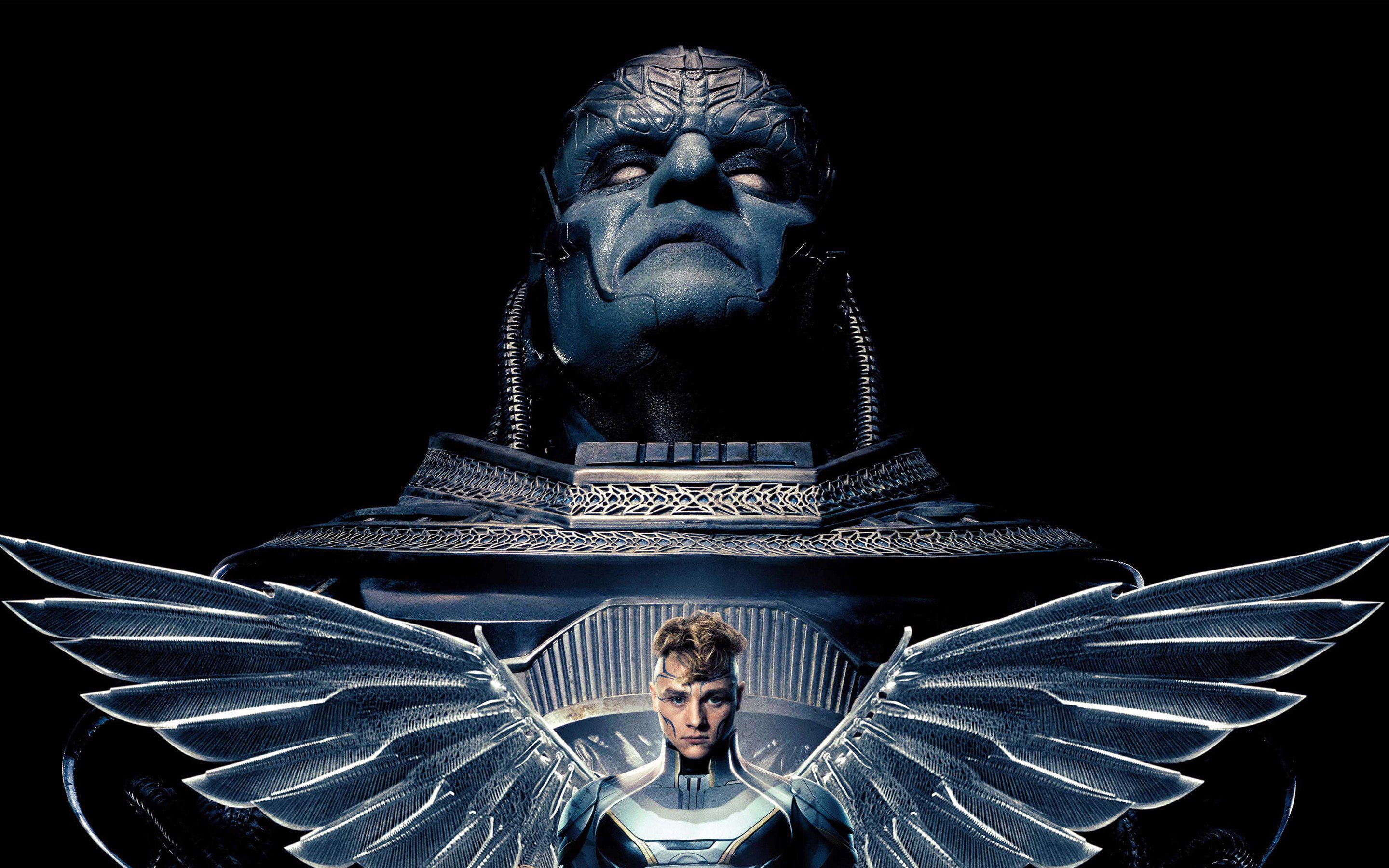 This most recent addition to the X-Men franchise contains something that long-time fans have wanted to see on-screen for nearly 20 years: Apocalypse. The villain usually gets top marks when ranked in those “X-Men Top 10 Villains” lists. I’ve gone on ad nauseum about everything this franchise collectively lacks, but now is not one of those times. Now is the time for me to review a film that was critically maligned before it was even released.

PLOT: Though the bulk of the story takes place in the 1980s, it actually starts off in ancient Egypt with the world’s first mutant, En Sabah Nur (Apocalypse, played by Oscar Isaac), being worshipped as a god. He’s later buried alive by humans who believe him to be a false god. Awakening during the first half of the Reagan Era, it’s understandable why he wants to change the world. To do so, he gathers four powerful mutants to be the Four Horsemen of his namesake: 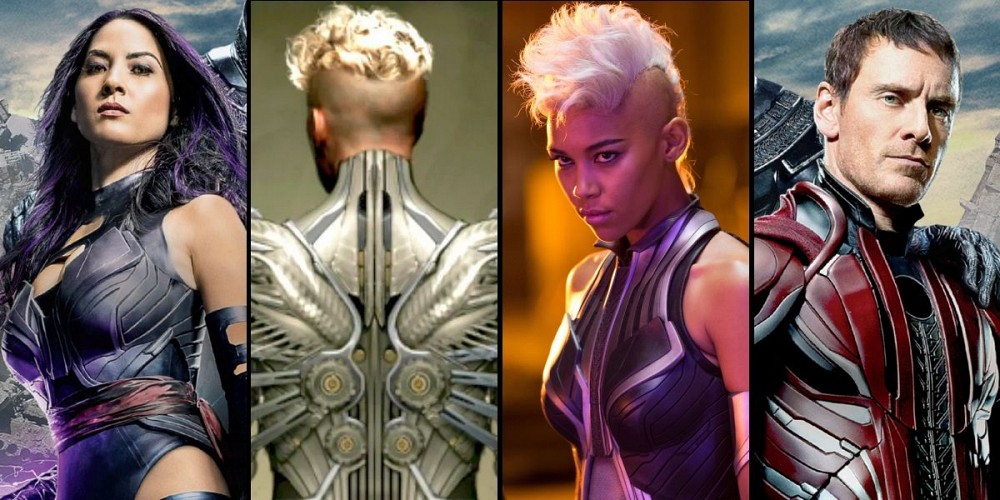 Psylocke, a telepathic ninja played by Olivia Munn; Angel/Archangel, a young cage-fighting mutant with wings that enable flight, played by Ben Hardy; a young pickpocket named Storm (played by Alexandra Shipp) who can control the weather; and he brings a retired Magneto (Michael Fassbender) from off of the sidelines. He alters them all, with Psylocke able to manifest a more weaponized version of her telepathy and the Angel now having razor-sharp metallic wings that shoot paralyzing razor feathers. But even with this powerful quartet, Apocalypse is not without opposition. 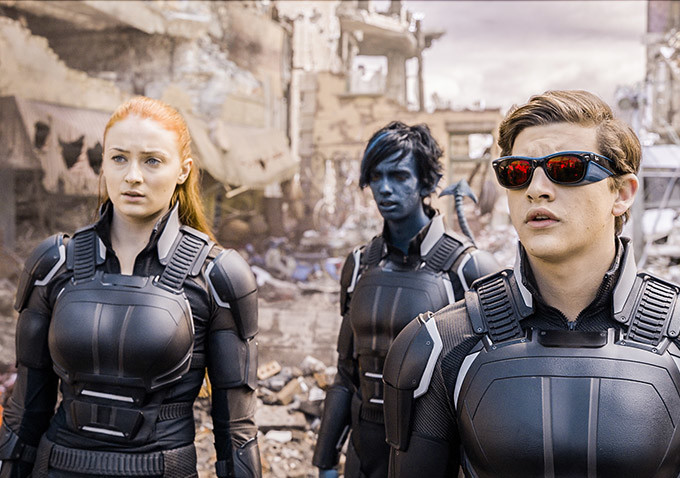 The Xavier School for Gifted Youngsters has gained a resurgence in its admissions since the last film and functions once again as both a formal educational institute and a mutant training grounds. James McAvoy and Nicholas Hoult reprise their respective roles of Charles Xavier and Hank McCoy, providing sanctuary and training for young mutants. Now among those mutants are the uncontrollable eyebeam-wielding Scott Summers (played by Tye Sheridan), the younger (yes, younger) brother of Alex Summers b/k/a Havok (played by Lucas Till). Inevitably, Scott meets his future love Jean Grey here. Played by Game of Thrones‘ Sophie Turner, this Jean Grey is a telekinetic telepath with clear Phoenix potential.

Jennifer Lawrence is also back as Mystique and is acting as a Harriet Tubman/Angela Davis-type, secretly rescuing mutants and bringing them through an underground railroad to Xavier. She’s first seen on-screen assisting a fellow blue German mutant named Kurt Wagner. A teleporting mutant with a demonic appearance, Kurt is introduced fighting the Angel in a cage match before being rescued by Mystique. Apocalypse eventually makes his strike and is seemingly capable of any super-power in this film, from enhancing mutant powers in others to manipulating earth to telepathy. It’s not long before he manipulates Xavier’s power to get rid of the world’s nuclear arsenal, has his Horsemen kidnap him, and force the X-Men into confrontation. With new allies like Magneto’s son Peter Maximoff (Evan Peters), the X-Men decide to take the fight to Apocalypse. Guess who wins.

MY TAKE: In the weeks leading towards the theatrical release of X-Men: Apocalypse, it was getting the same treatment from critics as Batman vs. Superman. While both films ranked at an estimated mid-30% on Rotten Tomatoes, that didn’t deter me from seeing both films. To further prevent bias, I didn’t even read any of the reviews. After viewing, I came to the same conclusion that I did for BvS: Though entertaining as an action film and just merely OK on the whole, it didn’t deserve to suffer this level of beat-down that critics have inflicted upon it. 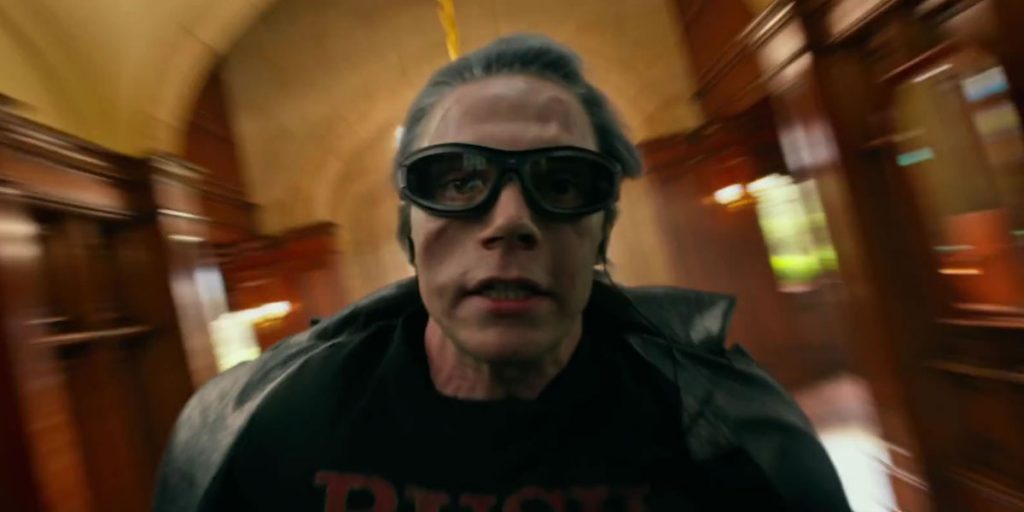 Though my biggest peeve with this film is the extent to which it takes liberties with characters, some of them weren’t actually that bad. When the Angel first appears in the film, he’s in a cage match battling other mutants. His feathered wings have offensive capabilities such as razor-sharp bone talons allowing him to stab and impale opponents, a feature his comic-book counterpart doesn’t have. Hugh Jackman makes a cameo in the film, but his garb and signature helmet is a nod to Wolverine’s Weapon X incarnation drawn by Barry Windsor-Smith. The post-credits scene is a sly reference to something that actor Bryan Cranston spoke about eight months ago. Another good sequence was the astral combat scene between Xavier and Apocalypse. Xavier’s boasting to Apocalypse (“You’re in MY house!“) and the latter changing his form harked back to Xavier’s first encounter with another Egyptian mutant by the name of Amahl Farouk, the Shadow King. Psylocke’s powers getting more of a physical aspect also worked in this film. Evan Peters as Quicksilver is a show-stealer. His character’s irreverence and displays of super-speed are the best parts of the film. There’s a fantastic scene where he uses his power in the X-Mansion that’s a reference to his famous scene in X-Men: Days of Future Past.

In contrast with Marvel Studios films, there isn’t a flow of continuity in FOX’s X-Men franchise plus they alter characters in ways that make them unrecognizable. I’m not saying that certain things shouldn’t be changed, but only that the source material must be respected. In this film, Apocalypse is portrayed as both a mutant and a pharaoh. The motif of him being able to control nature and matter around him is too much that of an Egyptian deity and down plays his mutant status. Though he looks mechanical, his sole power is actually an advanced form of shape-shifting, full molecular control of his own body basically. Speaking of shape-shiters, Jennifer Lawrence’s Mystique has been getting too prominent of a role in these films. They have her as an X-Man (they’ve even done so in the books, albeit rather foolishly), but the hallmark of Mystique’s character is that she’s not to be trusted, period. She’s a villain who’s out for herself and cares about nothing much, not even her own natural children (Nightcrawler, anyone?). This whole pro-mutant Angela Davis-esque portrayal doesn’t fly with me. Neither did switching the age dynamic between Cyclops and Havok or the reveal behind why Charles Xavier went bald. 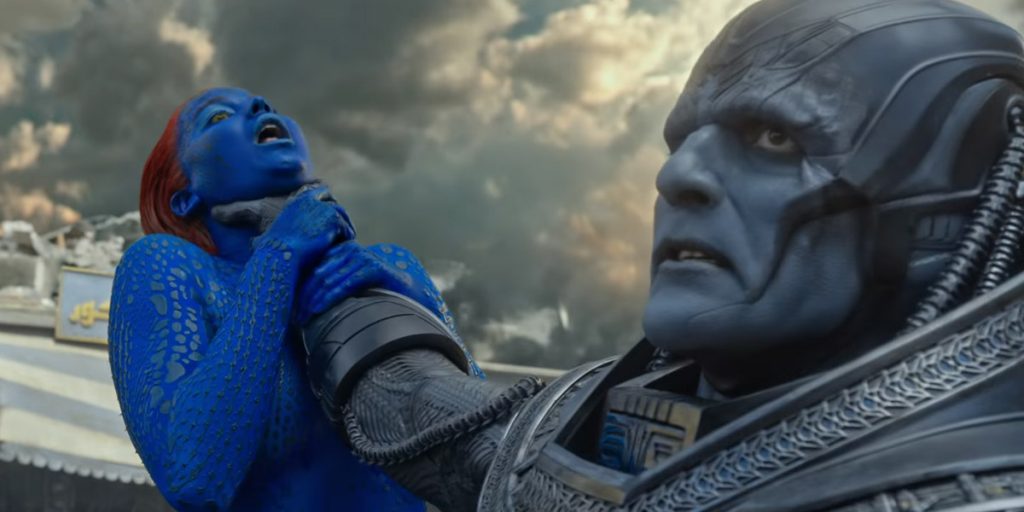 A friend recently posted this image on Facebook of a billboard advertisement for the film, showing Apocalypse choking Mystique. He commented on how he just views it as a film about super-powered people while opponents of the advertisement attack it with a pro-feminist bent. My point with this anecdote is two-fold: On one hand, there was a death scene involving one of Apocalypse’s Horsemen that should’ve included Psylocke. Her character came out of that particular ordeal unscathed and can be a construed as a “Take THAT!” by Bryan Singer to those critics. On the other hand, my friend’s simplistic take on the movie actually sums up what I spent two hours watching: Super-powered people. Doing what? Talking and fighting each other. While it has more entertainment factor on both ends than it’s been given credit for, it can only go so far.