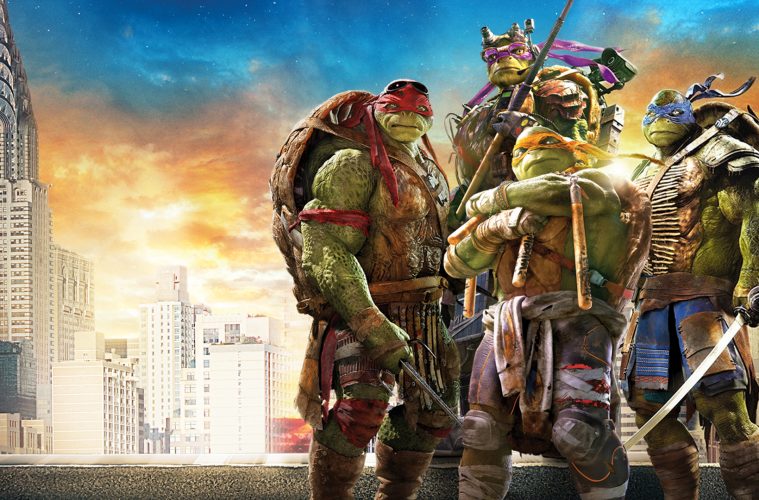 The TMNT have been around all my life. Countless shows, comic books and movies have come along over the years. And with every new recreation comes a whole new style and look to bring the heroes in a half-shell to life. In 2014, the Ninja Turtles took on their most epic appearance in the first of a planned live action franchise from producer Michael Bay. While many had misgivings about the movie, I absolutely adored it. The Blu-ray disc is never too far from my Blu-ray player. Action-packed, hilarious from start to finish and turtley epic, it was everything I wanted.

Fast forward to now, and we’ve got the second of the series, ‘Teenage Mutant Ninja Turtles: Out Of The Shadows’. Taking place two years after the events of the first movie, the Turtles and April spring back into action to stop the dastardly Shredder and Krang from bringing their dreaded technodrome into our world and destroying everything in its path, with the assistance of the classic characters Bebop and Rocksteady. With Casey Jones along for the ride, the team are in for another wild adventure and plenty of laughs.

Megan Fox returns once again as April, along with Will Arnett. Sadly, William Fichtner plays no part this time around, and Whoopi Goldberg is M.I.A. But everyone involved is on point, with the Turtle voice actors delivering another brilliant round of gags, and the Turtles themselves look even better this time around somehow. A little more full of life perhaps. It’s great to see them in this reincarnation.

While the action and fun are all terrific, ‘Out Of The Shadows’ definitely does suffer when compared to the 2014 movie. The truck scene and finale of that movie were absolutely incredible, but the new movie somehow doesn’t quite have anything to match that level of excitement. The finale here seems a little hasty and unimpressive, while the gags are also short when the action scenes are in full flow. And the fighting skills of the Ninja Turtles is rarely on display, instead offering up a lot more jumping around and crashing into things. The magic that producer Michael Bay brought to the first rivaled a lot of his own directorial work, some of that magic is missing here. But it’s still a great joyride, it’s got enough action to please fans of the turtles and enough gags to get some real laughs out of its audiences.

Not a perfect movie, and not on the level of the first movie, ‘Teenage Mutant Ninja Turtles: Out Of The Shadows’ is still a very worthy entry into the TMNT canon, and definitely worth checking out at the cinema. “Cowabunga!”.