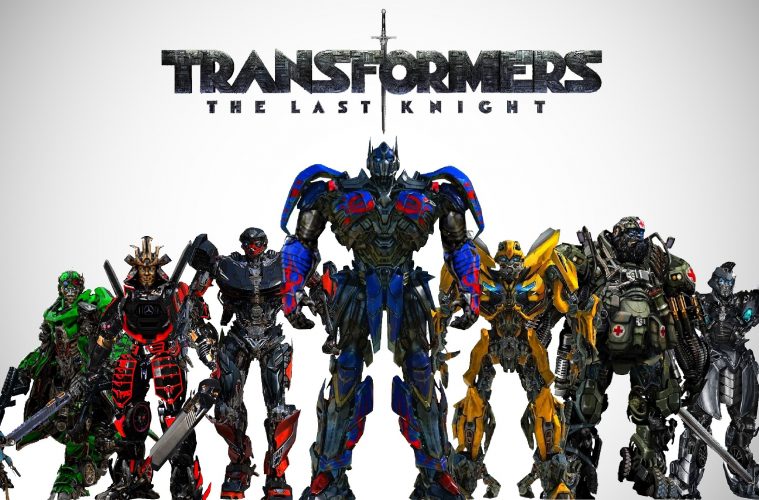 5 Reasons Critics Are Wrong About ‘Transformers: The Last Knight’!

For 3 years, I’ve waited patiently for the next installment in Michael Bay’s earth-shattering Transformers franchise. I’ve been a huge fan of these movies for the last 10 years. While I know they have their little quirks and minor problems, the hatred from critics worldwide has always made my blood boil. While I understand that their goal is purely to savage what they know will be a huge box office hit, it still angers me. So naturally, I knew that upon the arrival of ‘Transformers: The Last Knight’, critics would be out in force to destroy the 5th of Bay’s epic blockbusters. A review that sticks out especially is one from Rolling Stone, where the reviewer refuses to give it even a 1-star rating. Although I know the aim is simply to outdo the awful reviews handed down to the incredible ‘Age Of Extinction’, I was still shocked by that.

I’ve of course been to see the latest movie in the Transformers saga and enjoyed every minute of it. Yes, there are problems. Some jokes don’t work, the brilliant Isabela Moner is underused, and there’s little in the way of classic city destruction (which we expect from a Transformers movie). I’ll even go so far as to say that I’m hoping for something more than “Find this doomsday device before it destroys Earth!” when the 6th movie comes around. But…God, what a magnificent movie. All of them. So to counter those awful reviews, here are 5 reasons why I think the critics are wrong about ‘Transformers: The Last Knight’… 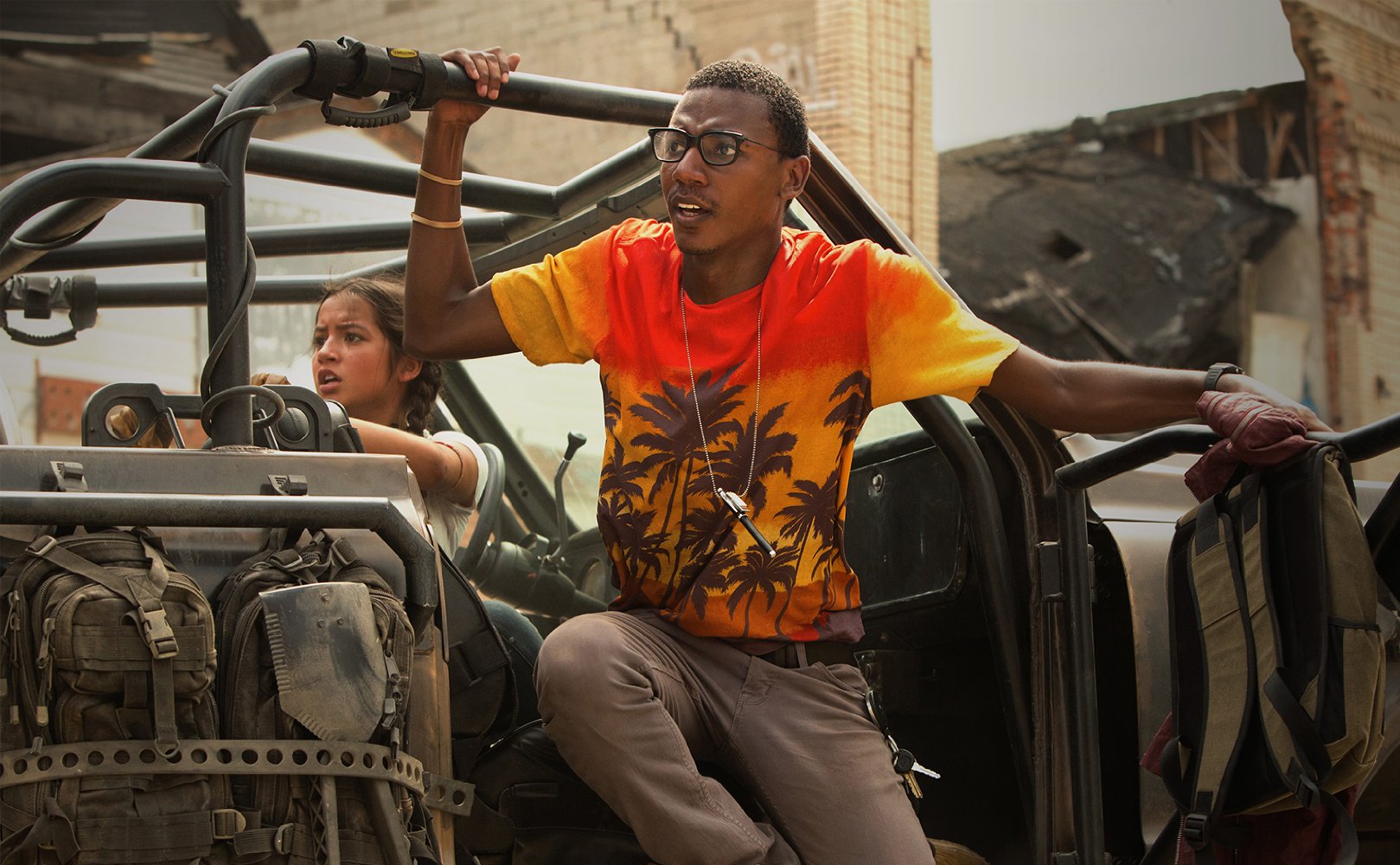 While people going to a Transformers movie hoping for great human performances baffles me, I can understand that sometimes it’s nice to strike a balance. And they do here. Mark Wahlberg is in great form. While not as entertaining as last time, his role of Cade is still a lot of fun. Laura Haddock provides the love interest, as Viviane, a college professor with no belief in the ancient tales of the world. Haddock is good fun too and clashes nicely with Wahlberg. Isabela Moner is terrific as an orphaned teenager who joins Cade on his quest to save the world. While underused, as I mentioned, she’s still brilliant. But above all, Sir. Anthony Hopkins is a joy as Sir. Edward, an English lord who calls on Cade and Viviane to find the wizard Merlin’s staff to stop the Decepticons from destroying the world. The legendary Hopkins delivers so many of the movie’s funniest scenes, and some fantastic dramatic scenes also, as we’d expect from him. He truly is a wonderful actor.

Every time a new Transformers comes out, the critics instantly complain about the use of several races and accents being used to form the Autobots and Decepticons. Whether there’s one who’s Japanese or one who’s black, there’s always a critical outcry of “Oh that’s so racist!”. I say enough of the complaining. Because let’s face it, if the Transformers were made as all white Americans, those same critics would then be out screaming for equality, asking why the machines are only being portrayed by one race. There’s no winning with those people. The Transformers need to be diverse, to bring in viewership from the many countries in the world, and just to include as much fun as possible. And there’s no robot funnier this time than the beloved Cogman. A British butler who stays loyally by Sir. Edward’s side. The scenes between Anthony Hopkins and Cogman are hysterical. I don’t hear any critics crying racism on behalf of the British. 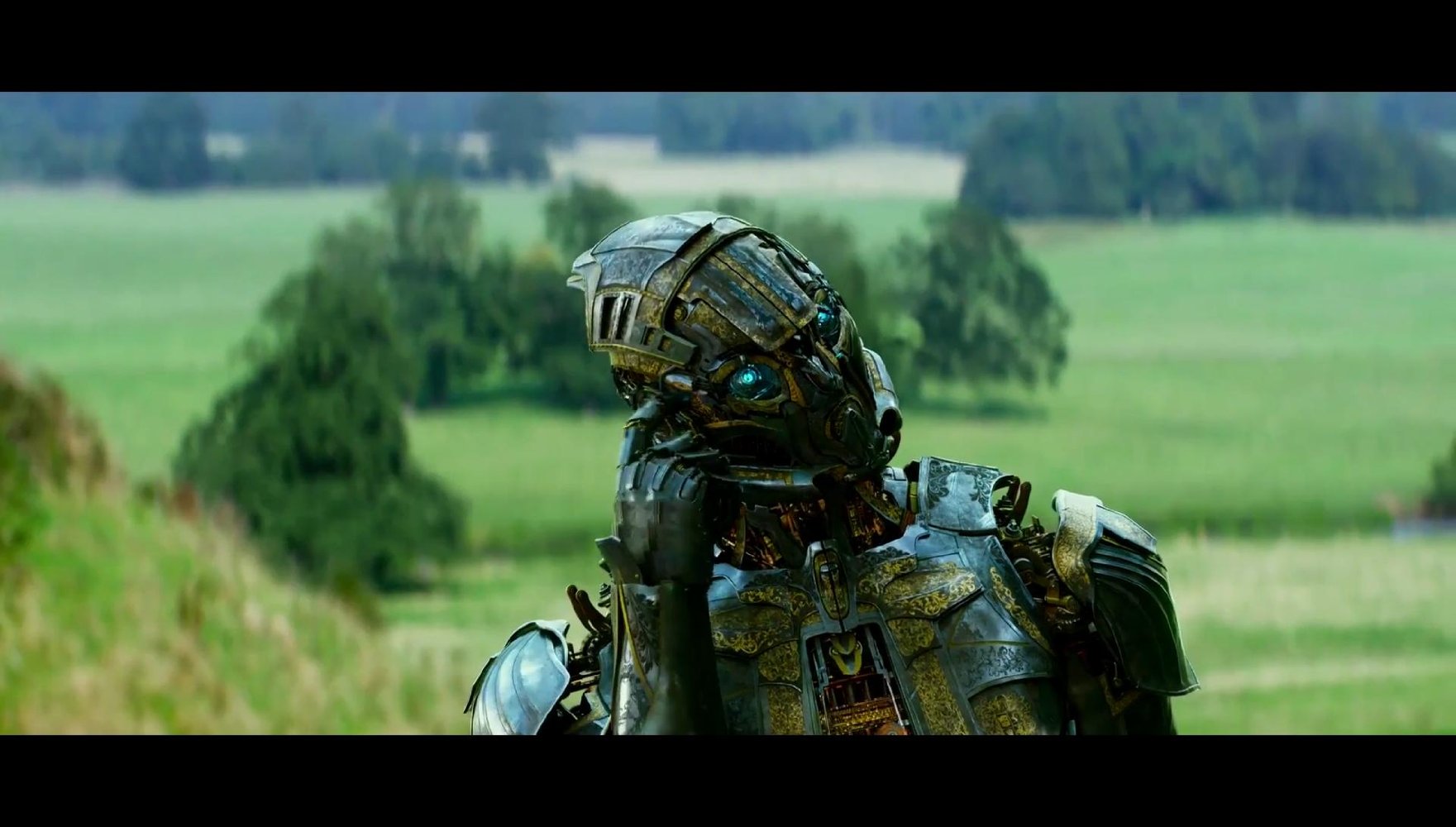 So many times I hear “Oh, that movie lasts way too long!”. Especially with this series. When ‘Age Of Extinction’ came out, many complained about the 2 hr 45 min running time. I personally love that about Michael Bay and his movies. He wants to have his cake and eat it. He wants enough time to flesh out characters, set up action sequences and have some great laughs mixed through. But then he wants all-out blockbuster thrills and spills that last to the point of exhaustion. He never short changes his fans, there’ll always be plenty of everything. Pure bang-for-your-buck. Recently, it was demanded of Bay that he keep the new movie shorter than the last and equal in length to the first. When you shave off 10 minutes of credits to every Transformers movie, then you have around 2hrs 10 minutes to 2 hrs 35 minutes. He had recently revealed that the run time of ‘The Last Knight’ would run for 2 hrs 30 mins. What he didn’t say is that instead of the usual run of 8-10 minutes of credits, he would feature around 3 minutes of credits on the latest movie, while also including more film through the first half of those credits. And that’s who Michael Bay is, as a man and director. You tell him to give you a shorter movie, and he gives you a shorter movie. But instead of less movie, you get less credits. It’s the ultimate finger to critics, and I can’t praise him high enough for it. Pure genius. 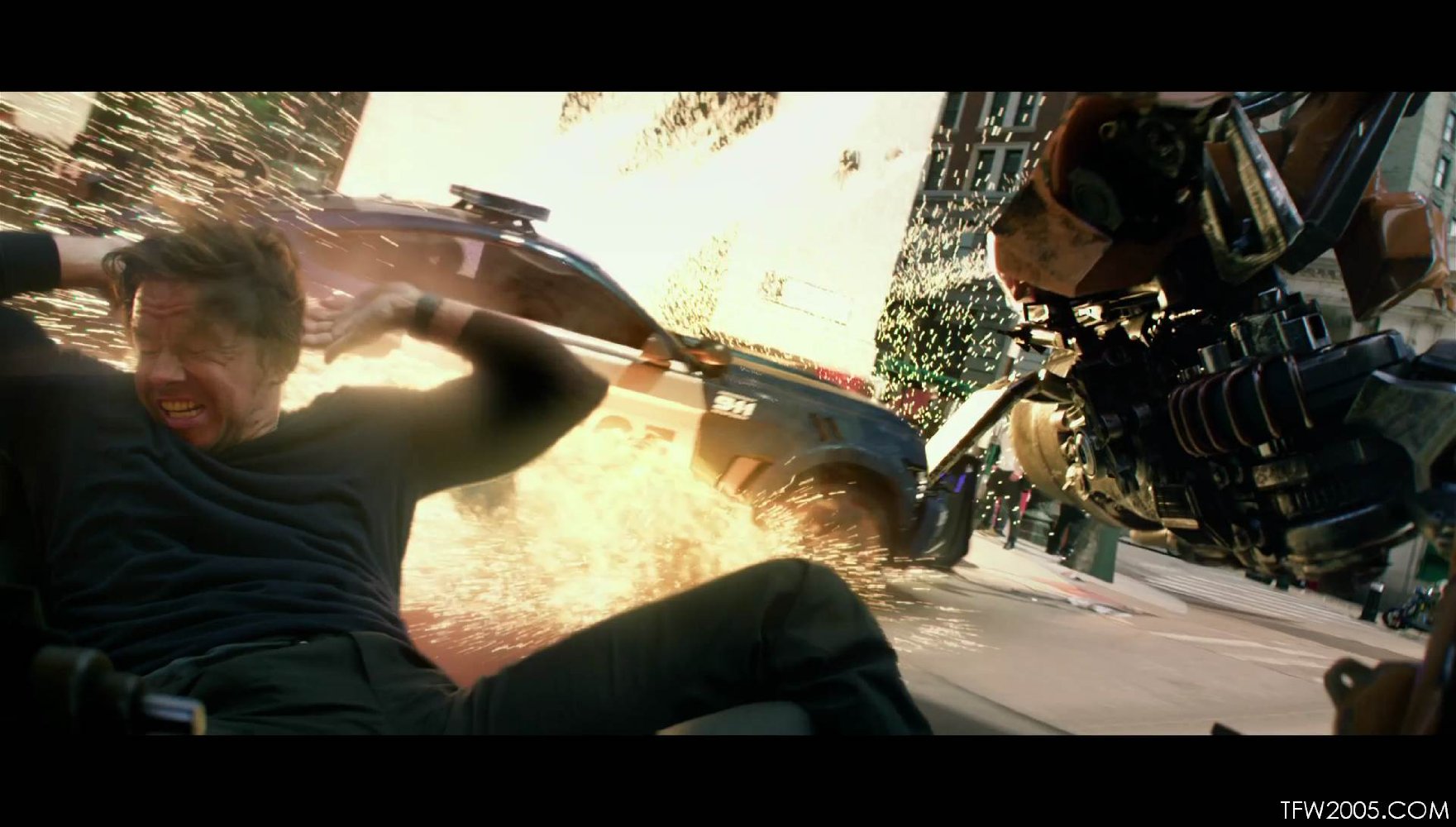 Again, we come to several complaints from critics, such as “There are too many explosions!” and “The product placement is terrible!”. And my personal favorite… “It’s too over the top!”. It’s Michael Bay! Of course, it’s over the top, it’s what he does! It’s why these movies make so much money because people know they’re getting what they pay for. As for product placement, movies need adverts too. So if Bay finds a way to stick a branded product in there, with a cash return toward the movie’s production, then what harm? Transformers is the franchise for dazzling expensive action that ceases to quit. It’s alien robots going to war with each other, destroying cities as they do so, while beautiful girls run from epic explosions and Limp Bizkit or Imagine Dragons belt out a rock anthem. It’s what the movies are made for. And ‘The Last Knight’ is no different. The action this time around, although low on city destruction, is incredible to watch on the big screen. The last half hour is especially exciting, as the robot foes come to blows, while the humans show there’s more to them than meets the eye. Anyone who isn’t blown away by the action in this movie needs serious shock treatment. 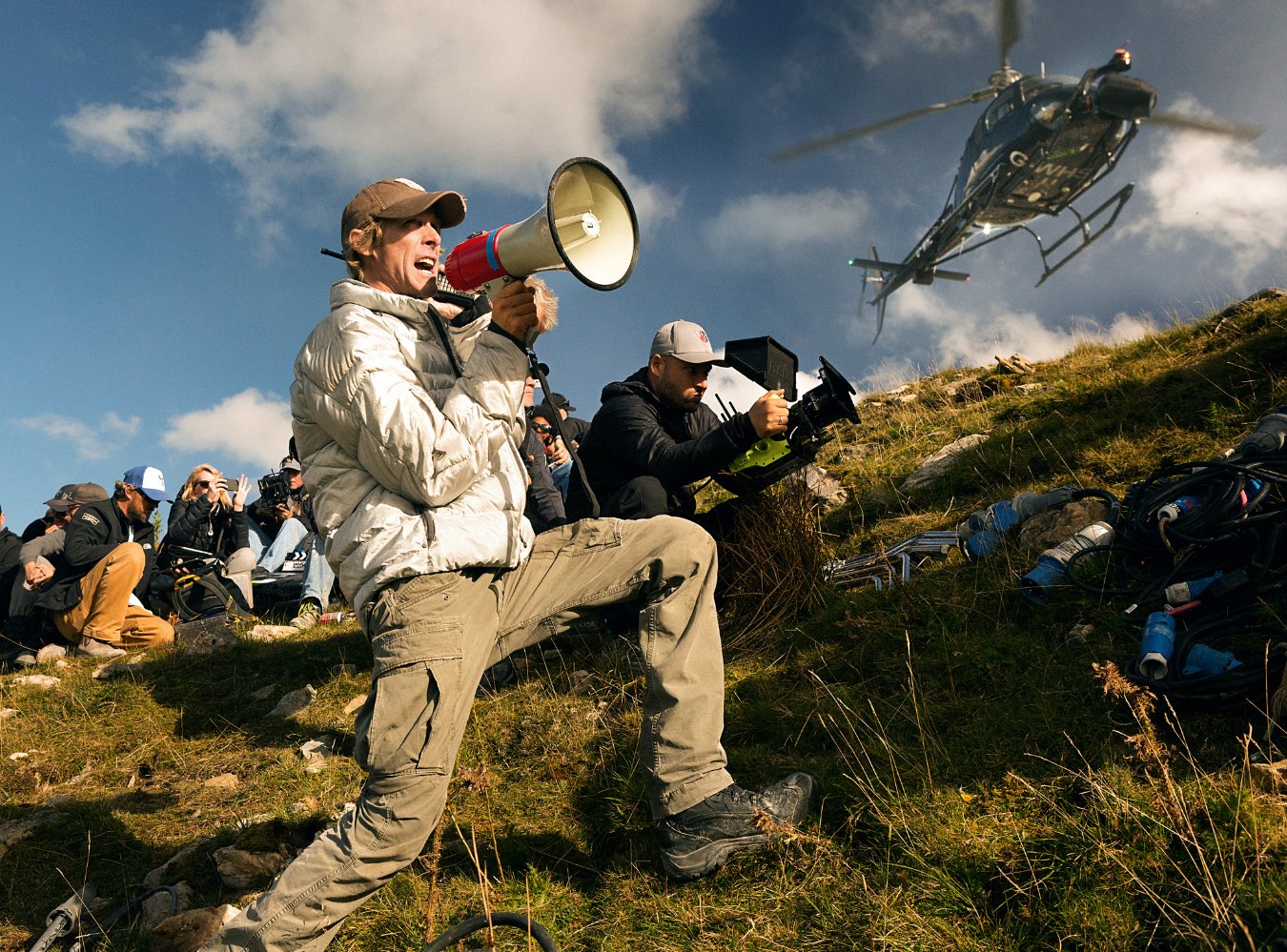 Never has talent like Michael Bay ever been denied. Yes he loves sexy shots of women (He worked for Playboy and Victoria’s Secret! What do you expect? The man loves a sexy woman! Good!), yes he loves classic cliches of the world’s different races, and obviously, he’s partial to a car chase and explosion. Many filmmakers feel the way he does (I would myself if I made movies!), but alas, no one puts things on screen the way he does. Slo-mo shots of heroes rising to or falling from the ground, cars flying through the air so high they almost break clouds and various beautiful women shown in many lights from many angles and in various states of dress. And let’s not forget his iconic helicopters at dawn shots. Michael Bay is more than a filmmaker, he’s a master. He gets shots no one else can, he has action sequences so insane that no one else can rival them, he also injects his brand of crazy humor into everything, and he just doesn’t care what critics think of him. As he yet again shows on ‘The Last Knight’. Spectacular action, countless hero shots, and beautiful women being beautiful. Michael Bay is hands down the greatest filmmaker in action cinema. And even if you try to deny it while watching a Transformers movie, you could never deny it if you’ve seen ‘The Rock’ and ‘Bad Boys’. Critics hate him because he hates critics. I love Bay and I loathe critics. Not all, just those who choose to go far beyond what is needed. Such as that Rolling Stone article does. Bay has his fans. And there’s no bigger fan of Bayhem than me! And let’s never forget, Steven Spielberg is the producer of these movies. Bay and Spielberg together? That’s the movie partnership of dreams!

‘Transformers: The Last Knight’ is in cinemas now. It is absolutely awesome. It will make a billion dollars. And it deserves every cent of it. Then Paramount will beg Michael Bay to return for the 6th movie. And I believe he will, even if only to produce, alongside the legend Steve Spielberg, because this franchise is their baby. And no one else could ever make it the way Bay makes it.