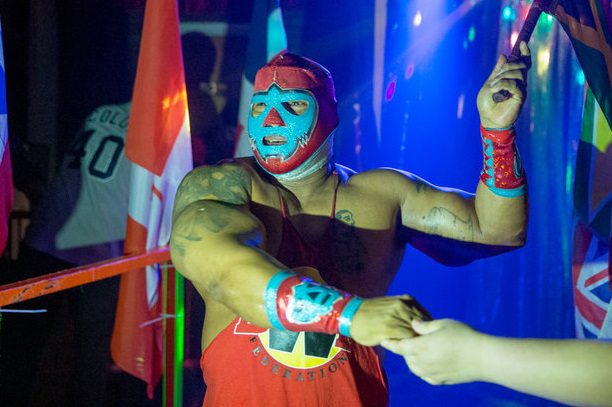 VIDEO: LUCHA LIBRE IN THE BRONX

Many wrestling fans are familiar with lucha libre which is a pro wrestling style innovated and popularized in Mexico. Fans familiar with mainstream pro wrestling in North America may have seen Lucha Underground on the El Rey Network and may have even been privy to all of the critical acclaim that Lucha Underground has been receiving for the production and the presentation of lucha libre the likes that no wrestling fan has ever seen before. 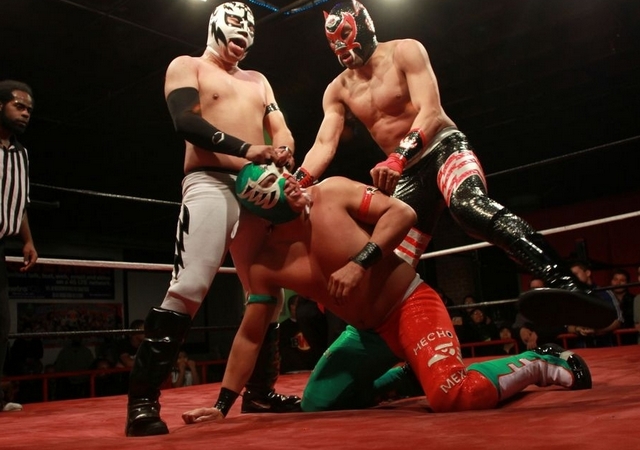 The culture of lucha libre is dominant across the southwestern region of the United States but did you know that you can find lucha libre in a little hole in the wall in the Bronx, New York? The Bronx Wrestling Federation (BWF) is an independent wrestling organization that holds shows once a month where local fans congregate to experience the art of lucha libre in the northeast.

I have always been an advocate of wrestling fans expanding their horizons outside of mainstream wrestling and supporting their local indy feds. Sure, the wrestlers are lesser known but the unique thing about the wrestlers from the BWF is that these are people who have normal 9 to 5 jobs like most of us and once a month they become these amazing characters who beat the shit out of each other for the sake of lucha libre! The true treat of watching these athletes ply their trade is that these are talents that you could see in mainstream promotions like WWE years from now.

The wrestling business is like a circus and the BWF sticks to that tradition of outrageous characters and gimmicks mixed with the traditional style and culture of lucha libre. The twist with the BWF? You get all of that mixed in with the edgy and gritty vibe only fitting of The Bronx and you have a recipe for something different for the fans who attend these amazing shows.