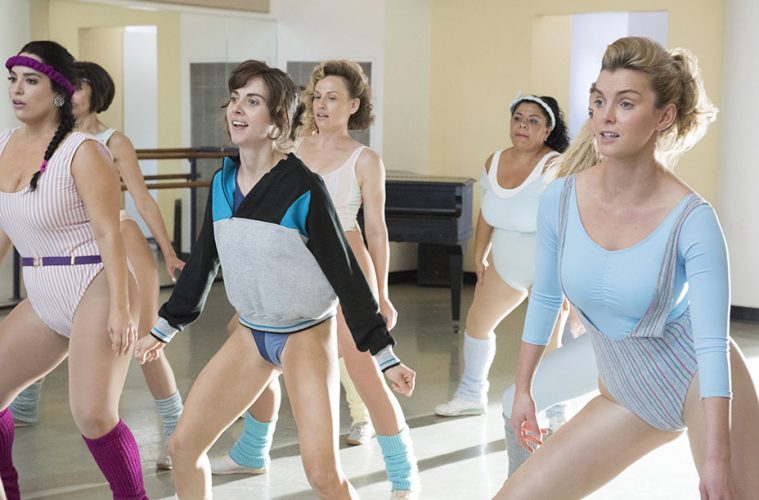 We’ve been hearing about a series based on the cult 1980s wrestling promotion Gorgeous Ladies of Wrestling for a few years now, and in it’s quest to bodyslam the competition, Netflix has produced another potential hit show in GLOW. To garner some interest in the show ahead of its June 23rd premiere date, Netflix has released an official teaser trailer and photos featuring Alison Brie’s wanna be movie star getting hemmed up and worked out. Peep the photos below and check out the teaser. I know I’m interested.

Photos and trailer courtesy of Netflix.