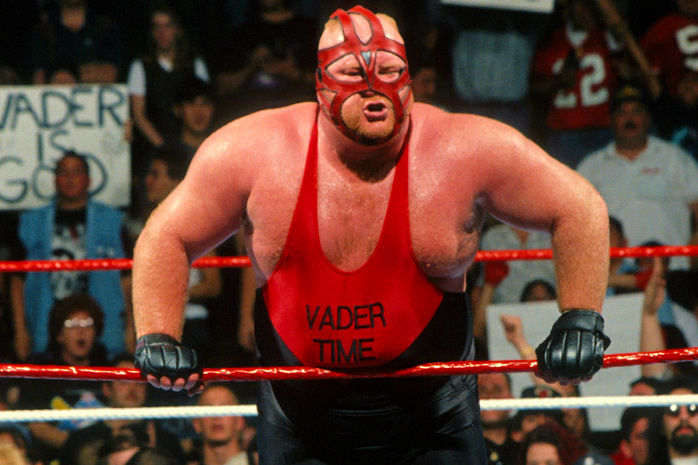 If you’re an old-school wrestling fan then you know of the man they call Vader. Vader was no man but he was a MASTODON billed from “The Rocky Mountains.” Probably one of the toughest and most hard hitting wrestlers in the history of the industry and he was an attraction in pretty much every wrestling promotion that he wrestled for…except WWF.

Vader made headlines recently criticizing the critically acclaimed New Japan Pro Wrestling (NJPW) match between Ricochet and Will Ospreay and making even more headlines when accepting Ospreay’s challenge and defeating him in a special attraction match for Revolution Pro Wrestling (Rev Pro).

While Vader was one of the most feared individuals inside the squared circle, we as fans have been reminded consistently within the past few years that the characters that we revered and idolized as youngsters are mere men. The man behind The Mastodon, Leon White has been a victim of a string of unfortunate events. 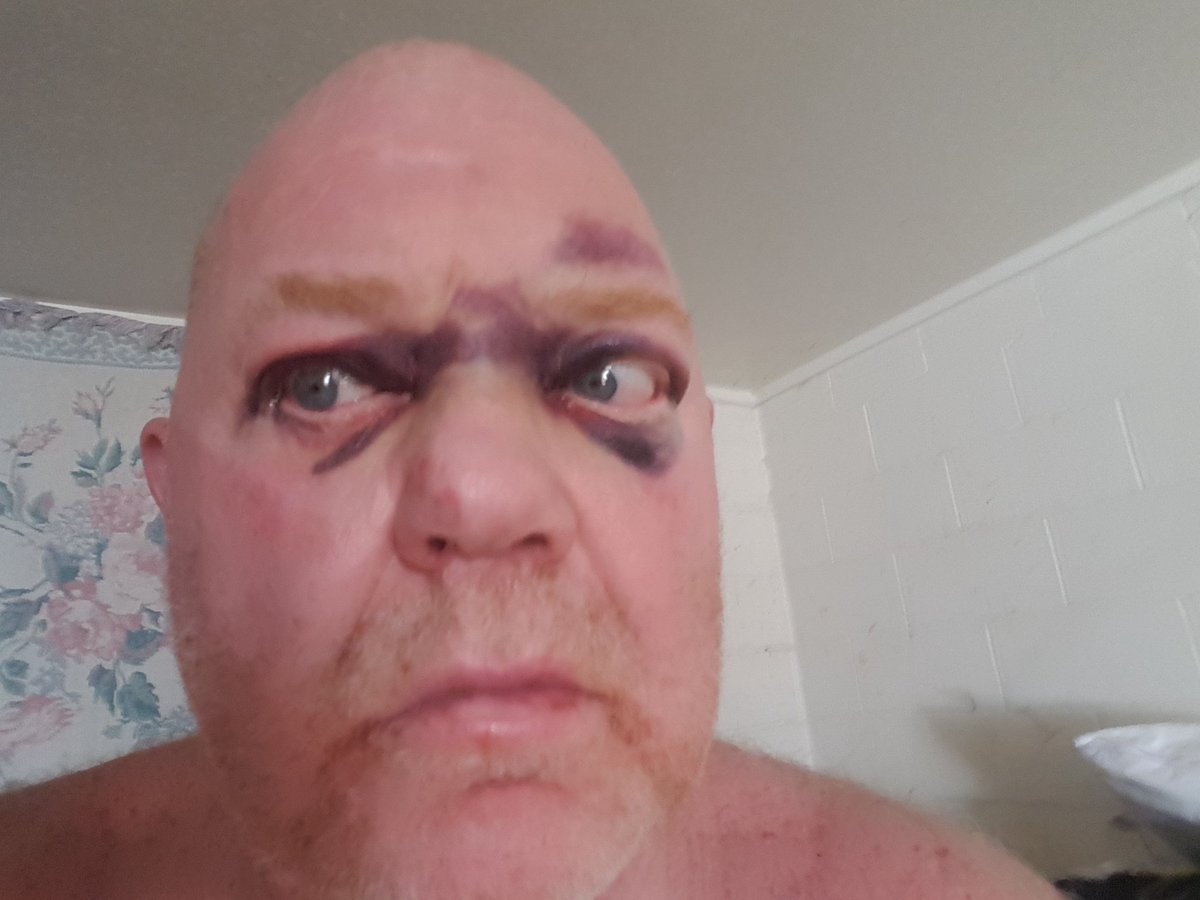 Recently Vader has been involved in a near-fatal car accident where he was unconscious after his car flipped over onto it’s hood. As tough as his Vader character, Leon White managed to walk away from the accident.

In even more devastating news for Leon and all of the Vader fans, Vader revealed on his Twitter page that due to years of wrestling and football, he is suffering from congestive heart failure and has been told that he has only 2 years left to live.

This is very sad news for wrestling fans and fans of Vader specifically who grew up watching this man beat the living shit out of guys like Sting, Ric Flair, Cactus Jack and so many more.

Vader has had such a prolific career in wrestling and was considered a monster pretty much everywhere he went. He was such an attraction in New Japan considering that so many of the fans over there love the tough burly looking foreign guys coming into NJPW and fighting that stiff strong Japanese style of wrestling.

If you haven’t seen Vader and Stan Hansen beat the hell out of one another in New Japan then you need to take your ass over to YouTube AT ONCE! I remember listening to Vader in a shoot interview telling a story about Stan Hansen accidentally poking his eye out in an exchange of fisticuffs. I cringed at the thought of this man plucking his eyeball back in its socket and continuing to battle Hansen. If that doesn’t define the word TOUGH then I don’t know what the hell being TOUGH means!

You know a man is tough when Harley Race decides to manage him which he did in World Championship Wrestling (WCW). Ric Flair will tell you all day that the toughest man he’s ever known (outside of Haku of course) is Harley Race.

Speaking of Ric Flair, if you ever want to feel the emotion and fear going into a big World Title main event bout, then look no further than Starrcade 1993 when Vader defends the WCW World Championship against Ric Flair in his hometown of Charlotte, North Carolina. What made this encounter so huge was Vader was so feared and dominated the World Title scene for nearly 2 years. Flair had come back that year after his run in the WWF and he was chasing his first World Championship since his return.

This was so big because not only was this the 10th Anniversary of Starrcade but Flair was chasing this brute dominant heel champion. As a fan you wanted Flair to so badly win the belt but you legitimately feared for him. You feared for him because Vader wanted to destroy him in his hometown and in front of his own family. The scary thing is…you knew that he could do it and that was at the back of your mind.

You can see a young Charlotte Flair in the above video very emotional as she worries for her father facing Vader at Starrcade. This is the fear of Vader SUMMARIZED!

As great as Ric Flair was, this monster was at the top of the mountain and no one could knock him off. Ric Flair won the match and his chase to win the gold was intriguing because Vader was so great in his role as this dominant beast.

Let’s not forget that Vader is the man responsible for Mick Foley missing his left ear from their 1994 match in Munich, Germany.

I would be lying if I told you that I myself feared Vader watching him in WCW as a child. I was just one of those kids that was a fan of monster heels that beat the hell out of guys which is why Vader always appealed to me. When promotion for Vader coming to the WWF started airing on WWF Raw in late 1995-early 1996 right up to his debut at the 1996 Royal Rumble, my thought was, “OH MAN!” I could not wait to see him go up against guys like Bret Hart, Shawn Michaels, The Undertaker, Razor Ramon, Diesel and more! 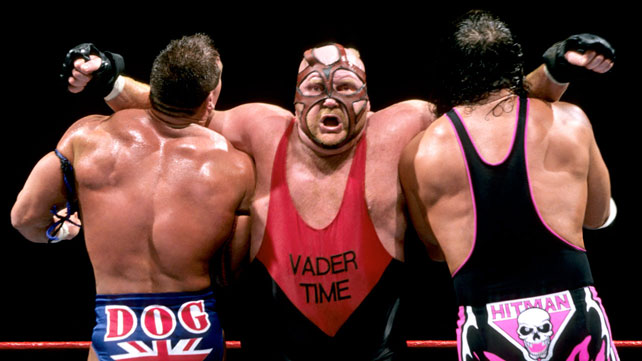 There was so much potential there but Vader was poorly utilized his entire run in the WWF. Even his main event program with Shawn Michaels in the summer of 1996 was disappointing because now looking back on it, Vader had some of his greatest matches with guys like Sting and Ric Flair in WCW and you really feared for their livelihood because Vader was such a bully and was such a physically dominant force. What was also so dangerous about him was as strong and big as he was, he was so agile for his size. McMahon didn’t capitalize on THIS Vader in the WWF.

Seeing how important Shawn Michaels’ first title reign was at the time in establishing him as the next big main event star babyface for the WWF, you would think that Vader having the reputation that he had before coming to the WWF would make for the perfect foe for a sympathetic babyface Shawn Michaels considering the size difference. Vader failed because he wasn’t a Vince McMahon creation. After his program with Shawn Michaels, Vader slowly slid down the card.

I’ll never forget the Vader interview after he lost to Kane in a Mask vs. Mask match at Over the Edge In Your House in May of 1998 which seemingly summed up management’s perception of him in the WWF. He uttered the words, “I’m just a big fat piece of shit!” Any fan who knew Vader and knew the reputation that he had being the most feared man in the business knew that THAT was not Big Van Vader. 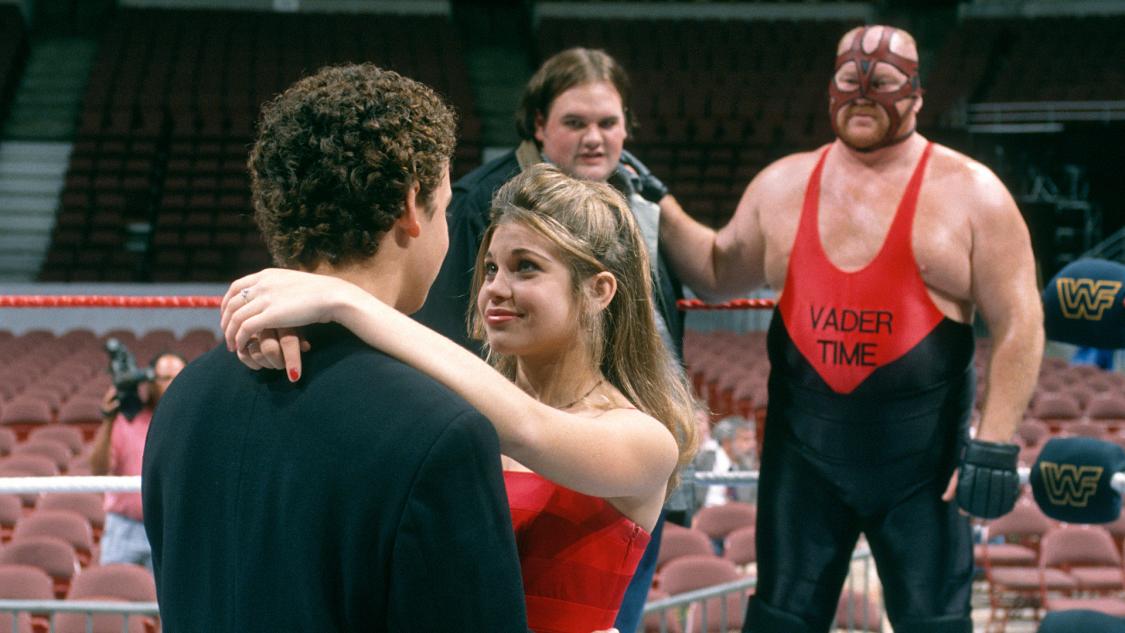 I would say that the best thing to come out of Vader’s WWF run was his cameo appearances of one of my favorite TV shows in the 90s, Boy Meets World.

I’m not going to go on about how Vader should be entered into the WWE Hall of Fame because he has 2 years left to live and he simply “deserves it” among other various reasons. That Hall of Fame doesn’t define any wrestler’s legacy and impact on the wrestling business.

Vader is a TOUGH man as I’ve cited and many true wrestling fans know this having watched him in his career in pro wrestling. Although this is sad news and another one of our childhood favorites is going away for sacrificing their body and their livelihood, Vader’s last years should be a celebration of his career.

He is paying the price for his sacrifices, now the fans and the business have the blessing of having the opportunity to show their appreciation for what he’s done for us while he is still breathing and alive to know how much he is appreciated for his years of sacrifice that will ultimately be the cost of his life.