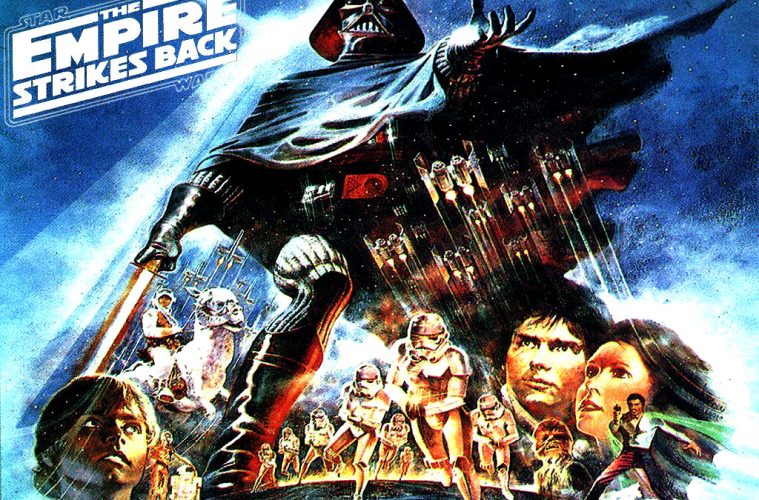 WHY “THE EMPIRE STRIKES BACK” IS MY FAVORITE STAR WARS FILM

With the presidential election looming over seemingly endless stories of civil unrest recently, Twitter may seem more like an icy battleground than a social media platform (all depends on who you follow, but the trends can give you a pretty good idea).

So it was nice to see people come together today when The Empire Strikes Back rose towards the top of the Twitter Trend list.

A Star Wars film trending really isn’t all that extraordinary. Rogue One is only a few months away and if the movie is as good as the trailer, SW fans are going to feel the force lift them right out of their seats.

However, second in the trends list was the hashtag, #fav7films. As thousands of users tweeted out their top seven movie lists, Empire quickly surged into the spotlight.

It feels good to know you’re not alone. The Empire Strikes Back has always been my favorite Star Wars film since I can remember. I doubt that will ever change too.

In my opinion, what makes Empire more enduring than the other six films in the franchise (so far) is that the story raised the stakes for the protagonists much higher than the rest. The rebels have to flee their base, Han is frozen, Luke loses a hand; actually, the bad guys win!

Sure, the movie also gave us Yoda and more iconic imagery than an art movement, but it’s those feelings of despair, watching heroes we care about, battling almost hopelessly against the crushing might of the sinister Empire with only a few snow speeders and blasters that makes it so compelling.

In the very last shot of the movie, we watch as a wounded Luke Skywalker hugs Leia next to R2-D2 and C-3PO, all of them gazing out the window of the rebel’s medical ship at the overwhelmingly huge galaxy. Lando and Chewie fly off in the Millennium Falcon, promising to find Han, and the last feeling we’re left with before the credits roll is hope.

You’re welcome to disagree, but I think that hopeful ending has a message, which resonates with a lot of us still today. Sometimes evil wins, good people get hurt, and bad guys walk away free, but there’s always hope that good will triumph tomorrow.

Besides, it gave us Lando Calrissian and Boba Fett. What more could you ask for? I don’t know, what do you all think? Let us know in the comments below.