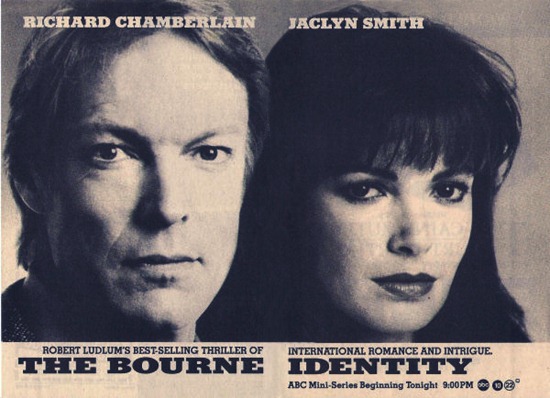 As someone who has never read the Robert Ludlum ‘Jason Bourne’ books, I’ve only ever been able to base my opinion on the Matt Damon movies. And just on those movies, I’m a huge fan. Especially since Paul Greengrass took over.

With the absolutely fantastic and best of the series ‘Jason Bourne’ doing the rounds at cinemas worldwide right now, it was kind of fun to see this original TV adaptation of ‘The Bourne Identity’ for the first time. Starring the legendary Richard Chamberlain and ‘Charlie’s Angels’ star Jaclyn Smith, this was the only Bourne movie to exist until 2002’s big screen adventure. It’s pretty unimpressive and dull, almost laughable at times, but hey, it’s still fun to see it, right? Even if it resembles nothing of the Damon/Greengrass franchise.

Check it out for yourself and share your thoughts with us. If you manage to sit through it all.