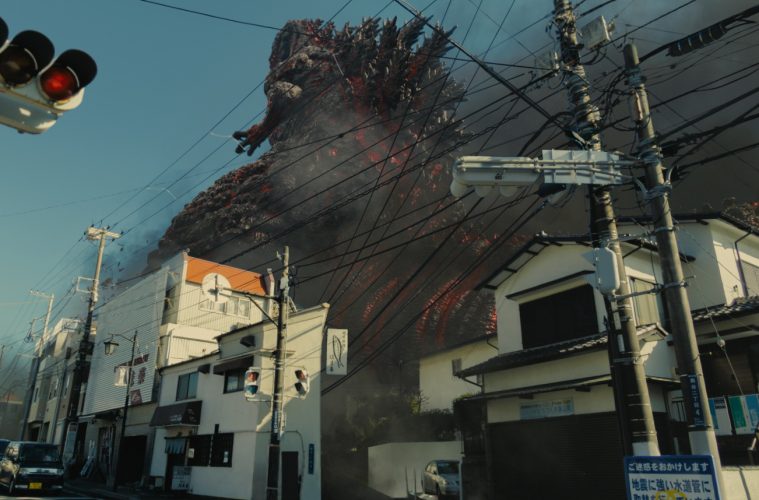 September 2, 2016. The iconic science fiction monster Godzilla makes land fall in the U.S. and Canada this October with the North American theatrical release of “SHIN GODZILLA” from Toho Company, Ltd. Fans have been clamoring for news of the film’s theatrical dates ever since Funimation® Films made its surprise acquisition announcement in July at San Diego Comic Con 2016. And today, the company revealed that “SHIN GODZILLA” will roar into theaters for a limited engagement on October 11 – 18. The movie will screen in more than 440 theaters across the U.S. and Canada. Tickets for “SHIN GODZILLA” will be available for pre-purchase on the official film website beginning on September 9. 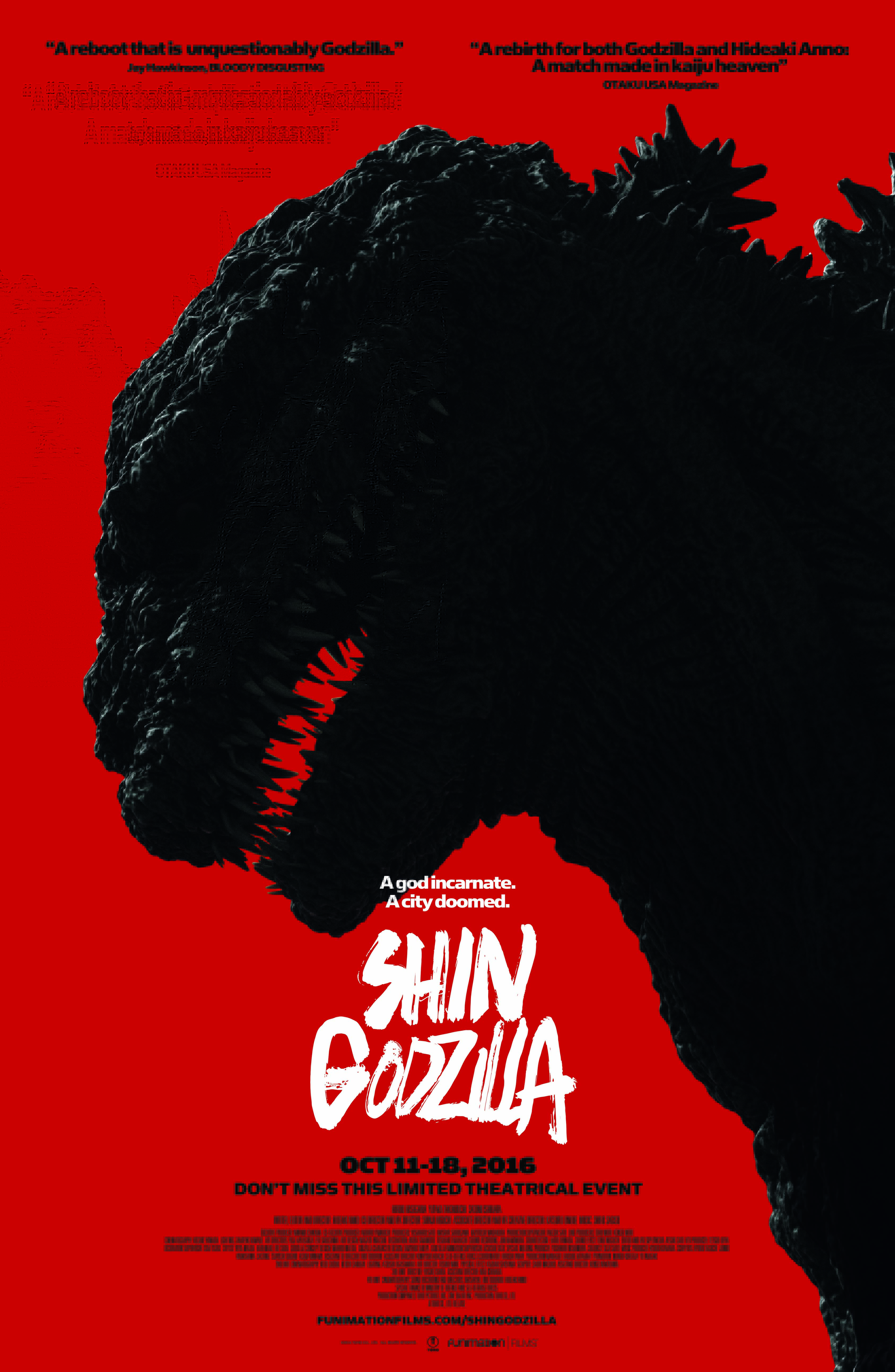 “We are thrilled to bring ‘SHIN GODZILLA’ to theaters across North America this October,” said Gen Fukunaga, CEO and President of Funimation. “Toho established Godzilla as one of the most iconic monsters in science fiction history and we’re honored to now be a part of that history with the theatrical release of this new movie. Fans will not want to miss this limited theatrical event.“

Co-directed by Hideaki Anno (creator of “Evangelion”) and Shinji Higuchi (director of Toho’s 2015 “Attack on Titan” live action movies), “SHIN GODZILLA” is the 29th Godzilla film produced by Toho and represents a brand new chapter in the 62-year history of this celebrated movie monster. The film stars Hiroki Hasegawa and Satomi Ishihara – both also from the “Attack on Titan” live action movies – as well as Yutaka Takenouchi.

“Movie audiences can look forward to a great time watching ’SHIN GODZILLA’ this October,” said Mike DuBoise, EVP and COO of Funimation. “A larger than life monster like Godzilla has to be experienced on the big screen. And we expect this movie to sellout in numerous theaters so we encourage fans to purchase tickets in advance.”

In advance of the movie’s opening, Funimation will be hosting two premieres of “SHIN GODZILLA” – on October 3 in Los Angeles and on October 5 in New York before opening day of New York Comic Con 2016. Additional details on these two events to be announced.

To purchase tickets to or find more information on “SHIN GODZILLA,” visit funimationfilms.com/shingodzilla.