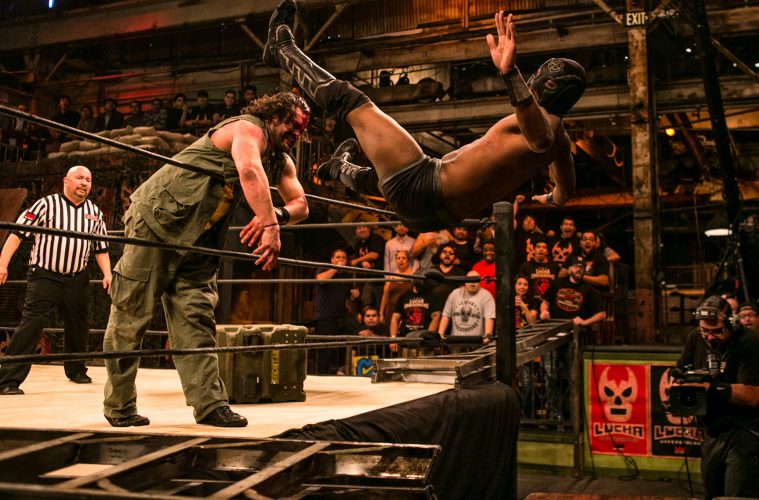 I want to preface this article by saying that if you are not caught up on Lucha Underground or haven’t been watching the show, shame on you for cheating yourself! To be fair to those who love the show and aren’t caught up yet for whatever reason, here is your fair WARNING to slowly STEP AWAY from this article before there are any casualties of SPOILERS of story developments in Season 3. When you catch up, feel free to come back and read my take on the WEAPONS OF MASS DESTRUCTION Match!

Season 3 of Lucha Underground is off without a hitch. We are only two episodes DEEP and we are already seeing new developments that have continued on from Season 2. Dario Cueto has already been released from prison after being arrested in the finale of Ultima Lucha Dos.

We are finally looking into the origins of Catarina as her background story is hopefully being magnified as her already scheduled match with Ivelisse for Ultima Lucha Tres and a war in The Temple of Lucha Underground continues to draw near.

Prince Puma is on a quest of self-redemption after his loss to Rey Mysterio Jr. at Ultima Lucha Dos. Heeding the words of Vampiro, Puma’s quest begins by going after Mil Muertes; avenging his loss of the Lucha Underground Championship at the original Ultima Lucha to “The Man of A Thousand Deaths.”

While there are many new feuds and storyline developments sure to be underway in Season 3, one blood feud seemingly comes to a DESTRUCTIVE conclusion in the main event of Episode 2 between Marty the Moth and Killshot.

This is where I get so giddy talking about wrestling and Lucha Underground specifically. Storytelling is one of the lost arts in pro wrestling but it is an important and intricate piece of the pro wrestling puzzle. Lucha Underground does such a great job in taking their fans on a journey and rewarding them by giving them a payoff for going on said journey.

The feud between Marty the Moth and Killshot has been a heated one and it finally came to a head in wrestling’s first WEAPONS OF MASS DESTRUCTION Match. A match that is a play off of Killshot’s gimmick as a highly trained Military Assassin. As the story goes, Killshot enlisted in the military and was a sniper known for having “a killer’s instinct” hence his nickname “Killshot.”

Killshot’s feud with Marty the Moth is his first real feud and they finally started telling his story after not knowing much about him other than his association with The Mack and his cousin, Big Ryck, whom departed Lucha Underground in Season 1.

We were familiar with Marty the Moth as he originally burst upon the scene as this goofball claiming to be part of this legendary Aztec tribe (which turned out to be true). We then learn that this guy is less of a goofball and more of a mental nutjob. Introducing his sister Mariposa, the supposed leader of what is now known as “The Moth Tribe,” The Moth is even more of a dangerous threat with her at his side.

How mental is Marty the Moth? Well, he knew not whom he was fucking with when he decided to try Killshot! It all started when Killshot, Marty and Mariposa were paired together as a team in Season 2 as part of the tournament to decide the new #1 Contender’s for the Trios Championships. The trio lost and Marty thought it would be a great idea to steal Killshot’s dog tags, which hold some sentimental value to him. They represent the loss of his brothers that were captured in a war but were never found.

During the tail-end of Season 2 Marty would make a total mockery of Killshot while dangling the dag tags as a sign of disrespect to him and his lost brethren. Marty is one of those characters that is just a true lunatic in every sense of the word unlike a certain character in another promotion who just lost the WWE Championship who can stand to watch Marty and take some salient notes.

It is Marty’s fearless and chaotic nature that is the perfect match for a guy like Killshot  who is very skillful and means business when he steps between those ropes. Even when Dario Cueto made the now infamous WEAPONS OF MASS DESTRUCTION Match, instead of cowering up like a bitch, Marty the Moth FROTHED at what he saw as an opportunity.He SEETHED in absolute joy at the thought of destroying the man he’d already consistently attacked and made a mockery of. 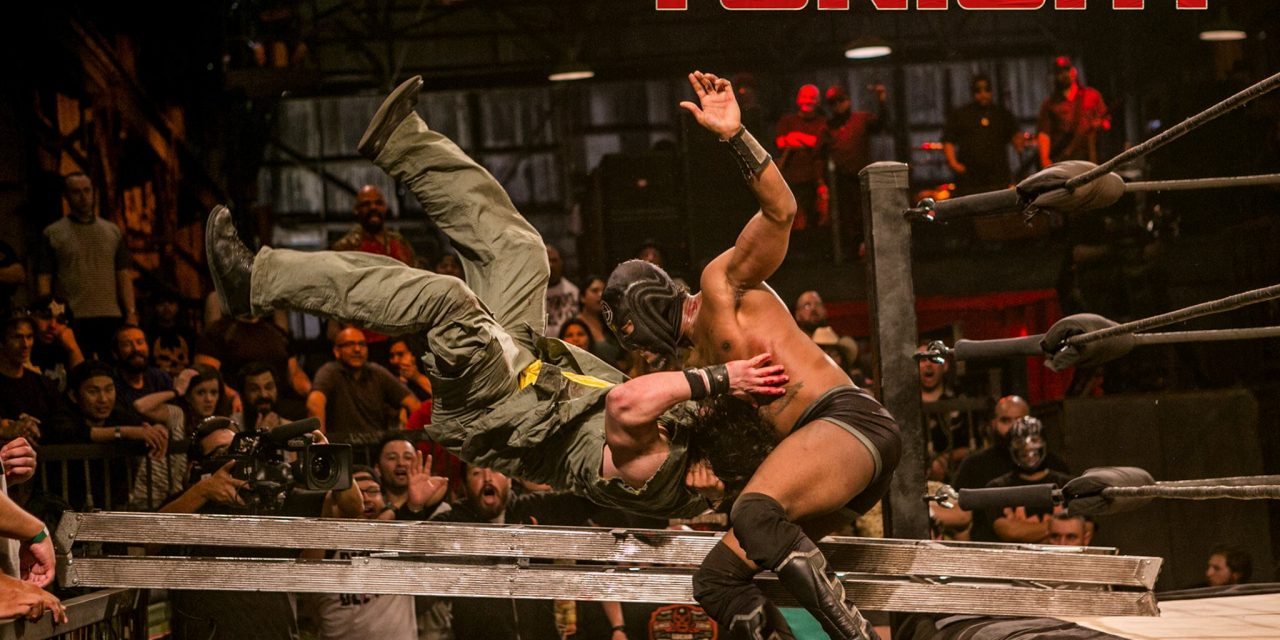 Jesus, these two beat the ever loving hell out of each other and I was loving every damn minute of it! This is the type of brutality you see between two men that have been in a storied blood feud that has finally come to a head. The rule-book is thrown out the window, the gates have been raised and the dogs have been let loose in a dogfight where no mercy is shown and a rivalry sees it’s finality once the dust finally settles. That’s pro wrestling at it’s finest. THIS is pro wrestling at it’s finest.

When Killshot is essentially on top of that damn ladder standing over Marty. He yanks HIS dog tags from the neck of The Moth. The man who stole his prized possession and made a mockery of him for so long. You can feel the emotion of the moment. Killshot then makes the “killshot to the dome” gesture with his fingers before jumping up from the ladder and taking Marty down with a double foot stomp all the way down through the table waiting just below.

Killshot gets back what is his while getting payback in the process. This is storytelling WITHIN an actual match that you just don’t get from a lot of guys breaking through today who just want to get in all of their spots. Sure you had your grueling spots in the match but I will argue that this is part of the story of the lengths Killshot and Marty the Moth are willing to go to settle the fucking score.

This match is how I like my professional wrestling and damn it there better be more of this stuff as we move along further into Season 3 of Lucha Underground.