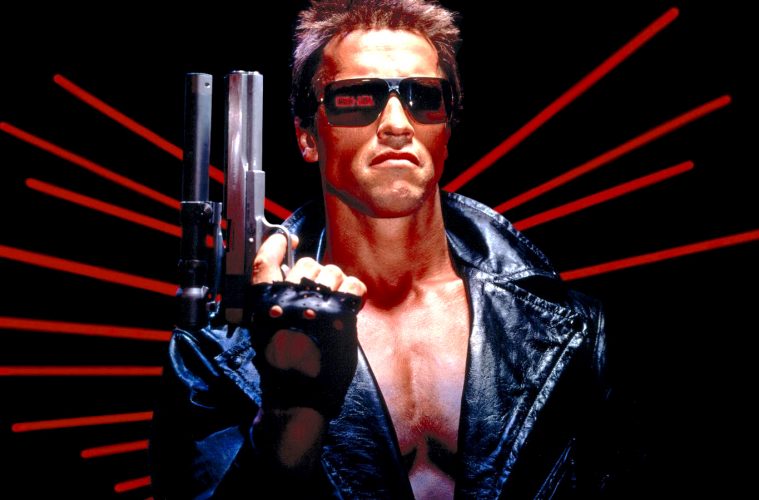 SYMBOLISM AND THEMES IN THE TERMINATOR AND JUDGMENT DAY

According to James Cameron, the idea for The Terminator came to him in a nightmare. Out of humanity’s smoking ruins arose a skeleton made of metal with a grinning titanium skull.

When he awoke, Cameron painted a picture of the machine and was hooked with the idea from that point onward. If people only get one unfathomably great vision in their lifetime, he had arguable just had his. Made for a mere six million dollars, The Terminator, hit theaters with a bang in 1984.

The film was original and brilliant in its somehow intricate simplicity. It offered a gritty realism to the Science Fiction genre that was becoming popular with films such as Blade Runner released the year before. In fact, both films shared a location with the Second Street Tunnel located in Los Angeles.

Being a big hit, The Terminator deserved a sequel and the one it got would be unstoppable. Terminator II: Judgment Day would devastate the box office; like the best kind of sequel, it took everything the first offered and raised the bar by several notches.

Although they are both nearly identical in plot, these two films outlive most other titles in the action genre by adding an overarching themes and clever symbolism regarding fate, humanity, and the destructive side of technology.

Is The Terminator Basically A Greek Myth? 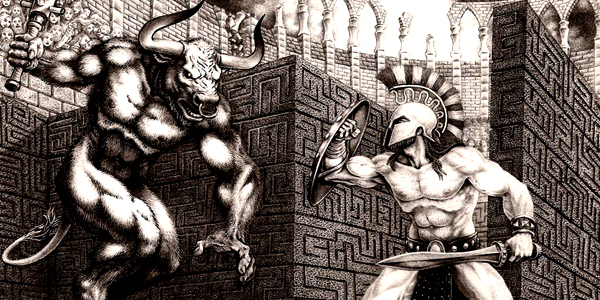 The key theme of both Terminator 1 and 2 is the chance everyone has to defeat their own fate.

This is meant to run contrary to the greatest theme in Greek Mythology, which is your fate cannot be cheated and the more you try to escape the more entangled you will become. Perhaps this is why judgment day still happens in Terminator 3: Rise of the Machines, but then you would have to count this entry as franchise canon.

I don’t. In my opinion, there are two Terminator movies and three impressively made Terminator fan films to date. Sorry Hollywood.

The poster child of the fate motif is Oedipus, but it is seen to some degree with every hero and especially with Achilles. The meaning of the future not being set in the film is humanity’s willingness to fight even when faced with certain doom. So Sarah takes fate into her own hands and takes off to kill Miles Dyson and Achilles sails to Troy to achieve great glory knowing he will die for it.

Even James Cameron admitted that the storyline for Terminator was heavily influenced by Greek Myths. Although this may sound like the lyrical waxing of a director who takes himself too seriously, Cameron isn’t being hyperbolic.

Strip The Terminator of everything right down to its barest components and all that remains is the story of Theseus facing the Minotaur in a maze. In the film the dark, winding, sometimes deserted streets of LA represent the maze. It’s dirty, confusing, and scary.

Hunting and murdering innocent bystanders who get in its way is the terminator, a perfect killing machine like the Minotaur. The monster is defeated in the end by a young hero, Sarah Connor, in the bleakest and smallest part of the maze, the steel factory.

Most fans are willing to over look the unlikelihood of John Connor sending his own younger father back in time to procreate with his mother yet without multiple viewings few watchers ever catch the higher impractical implication of what’s at stake for the machines.

As discovered in Judgment Day, the whole process of creating Skynet occurs when Cyberdyne found the remaining pieces of the T-800 in the factory. So if Skynet had never sent the T-800 back in time to kill Sarah Connor then Skynet would have never existed.

In a way, Skynet is essentially sending the terminator back in time to kill its own mother, Sarah, while John is knowingly sending his own father to his doom.

Judgment Day Is Here To Teach Us That Technology Is Destructive 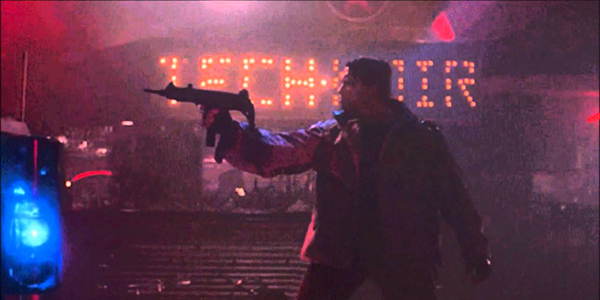 All technology has a dark side. Alarming studies have been conducted linking cancer with the overuse of cell phones.

In Men vs Machine stories a running motif is the more humanity relies upon technology the harder our fall will be. Skynet betrays us, our species is nearly obliterated.

Judgment Day is somewhat amusingly true to life in that newer technology replaces the old. The T-800 is pitted against the newer T-1000 kind of like the iPhone 6 is outdone by the 7.

This idea is presented in smaller ways. The terminator of the first film pulls up to the first Sarah Connor victim’s house, crushing a toy semi underneath his wheels, a foreshadowing of the film’s climax involving a bigger semi and the terminator being crushed by a larger machine (actually there are a lot of semi trucks in both Terminator films, either a big, fat homage to Spielberg’s Duel or inspiration gained from Cameron’s own truck driving years).

The soundtrack drives this theme as well. Composer Brad Fiedel said that when creating the score he often tried to capture the ambience of a factory assembling metal parts.

The music changes to an 80s style soundtrack in the bar scene at Tech Noir, the name itself concealing a metaphor. Tech obviously stands for technology and Noir refers to the darkness of the film style bearing the same name. Thus Tech Noir could be changed to The Dark Side of Technology, but that clearly doesn’t sound as cool.

Humanity’s Exterminator: We Are The Killing Machine 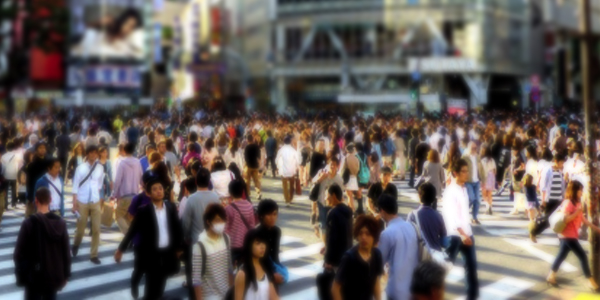 Sarah sits at the table in the desert carving the words no fate in the wood. Suddenly her mind is made up, she knows what she must do. Without a word to John she suits up and leaves on the warpath. She is going to kill Dyson before he finishes his work to undo humanity.

In doing so she has become the very machine she wants to stop.

When the audience meets Connor again in Judgment Day all the innocent sweetness of her former self has been replaced by a animalistic dynamo. All that matters to her fragile mind is John’s survival at any cost. She has lost her humanity and her ability to be his mother. It is only when she is about to murder Dyson in front of his family does she understand that she has switched roles with what she hates most.

When the T-1000 throws the T-800 through the shopping mall window a brilliant moment of symbolism occurs as it pauses to notice a completely silver mannequin at its side. The Mannequin is another metaphor concerning the T-1000’s ability to mold itself into any other human being. The mannequin can become anyone, it just needs a face.

Judgment Day is about humanity’s nature to terminate itself. “It is in your nature to destroy yourselves,” says the T-800 to John Connor as they watch two kids fight with toy guns.

The machine looks human because on the surface so do all humans. Nevertheless when the warm fleshy exterior is pulled away people can be cold death dealing machines hell bent on destroying one another. Thus the terminator is symbolic of the human condition. It is inside everyone somewhere and everyone has the ability to become it.

No Fate But What We Make (Hope)

Ultimately the Terminator films are about hope for mankind.

This hope is not limited to some distinct future, but the now, the present. Throughout Judgment Day Sarah Connor watches the machine become more of a father figure to John than any other man in her life has ever been and she thinks, “If a machine can learn the value of human life maybe we can too.”

The most obvious bit of symbolism is given at the end of the first film. Connor is speaking to her unborn son via a tape recorder, while a nasty storm brews on the horizon.

The storm will always exemplify the darkness and uncertainty of the future to come; that fate is always unknown. However, it is Sarah’s willingness to drive into the storm without fear that matters most. This action represents humanity’s will to fight for life and goodness even when its own nature would see it die.

Not bad for a couple of time travel movies about killer robots.