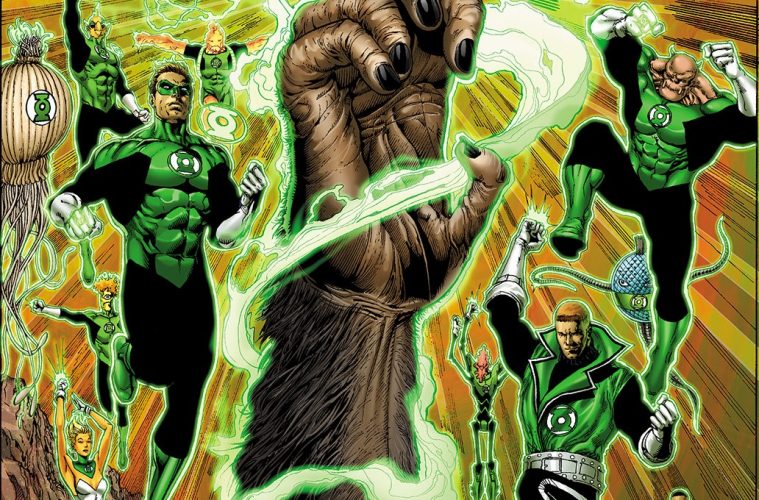 Los Angeles, Calif. (November 17, 2016) – BOOM! Studios, DC, and Twentieth Century Fox Consumer Products are excited to bring together two celebrated pop culture properties in a historic comics crossover event when the talking simians of the Planet of the Apes meet the Emerald Crusaders of the Green Lantern Corps. Written by Robbie Thompson (Silk) and Justin Jordan (Green Lantern), and illustrated by Barnaby Bagenda (The Omega Men), Planet of the Apes/Green Lantern debuts February 1, 2017 as a six-issue monthly limited series 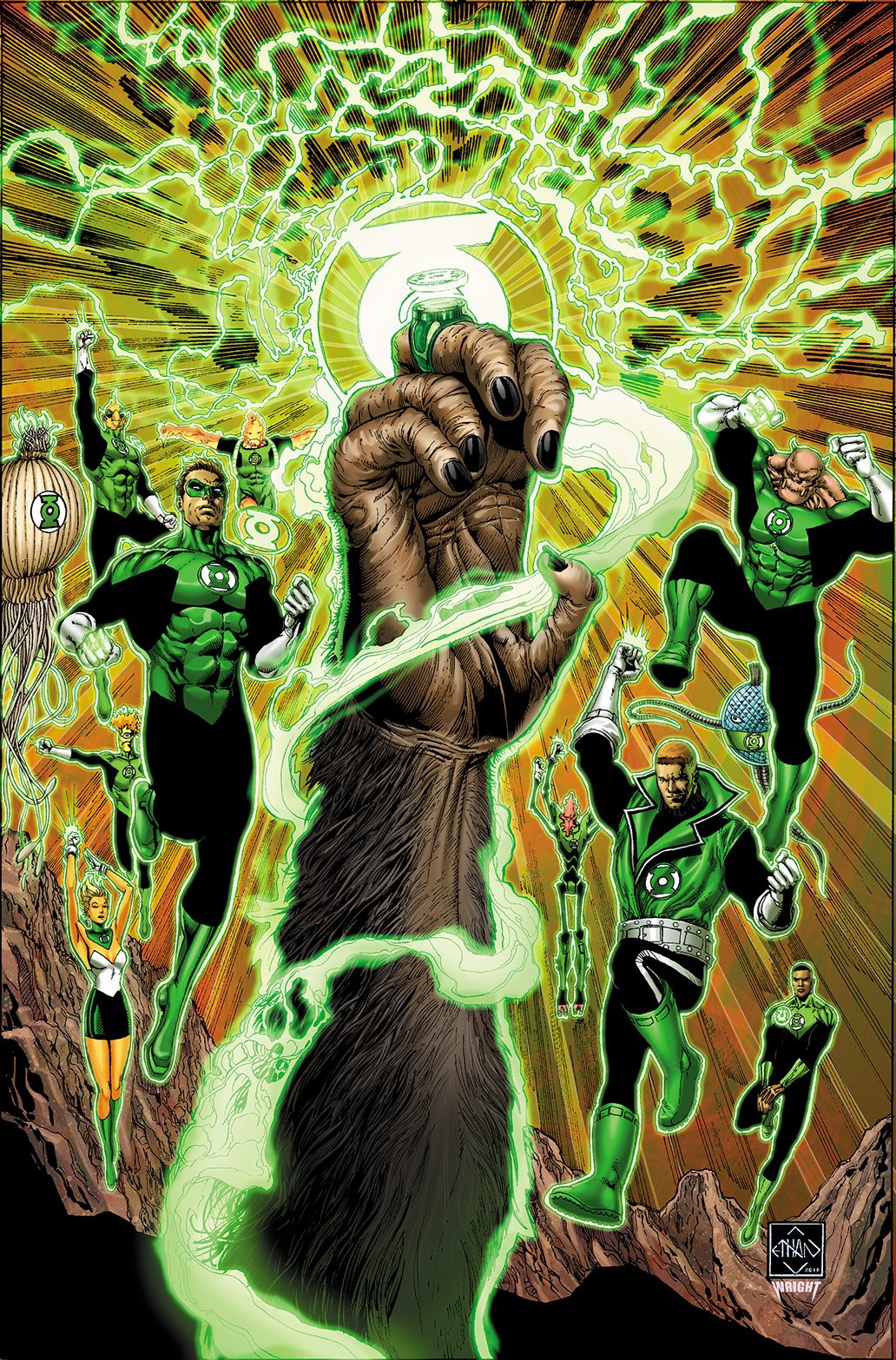 “We’ve been having endless amounts of fun collaborating with our friends at DC Entertainment and this new crossover only ups the ante,” said BOOM! Studios Editor-in-Chief Matt Gagnon. “Both Planet of the Apes and Green Lantern boast decades of entertaining stories and dozens of fan-favorite characters. The result of crossing over these two incredible franchises is an ambitious, epic story that’s brimming with one of the most enjoyable cast of characters in all of comics.”

When Taylor goes missing, Cornelius investigates and discovers an ancient ring, unlike anything he has ever seen. As its power echoes through the stars, the Guardians of the Universe must reveal to their Lanterns a secret they had hoped would remain buried. With the Green Lantern Corps, led by Hal Jordan, racing to get to the source of this power before Sinestro can get his hands on it, they will discover a truth that will change them forever on…the Planet of the Apes!

“We’re excited to partner with BOOM! Studios for another fascinating crossover, combining favorite characters in an epic adventure,” said Hank Kanalz, Senior Vice President, Editorial Strategy and Administration, DC Entertainment. “A Green Lantern Ring seeks out one who is utterly honest and born without fear, so landing a Ring on the Planet of the Apes is filled with unlimited potential. The real fun begins when other rings—and other apes—get thrown in the mix!”

Print copies of Planet of the Apes/Green Lantern #1 will be available for sale at local comic book shops (use comicshoplocator.com or findacomicshop.com to find the nearest one) or at the BOOM! Webstore on February 1, 2017. Digital copies will be available to purchase the same day on all major digital marketplaces, including comiXology, iTunes, Google Play, and Kindle.