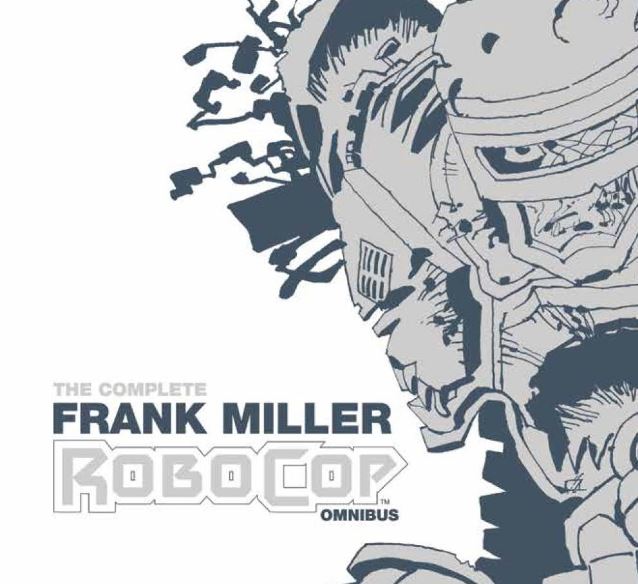 REVIEW: FRANK MILLER’S ROBOCOP OMNIBUS SHOWS US THE SEQUEL THAT COULD’VE BEEN

Whiskey Tango Foxtrot: The complete collected adaptation of legendary storyteller Frank Miller’s original vision of RoboCop. Included in this omnibus are writer Steven Grant’s (2 Guns) adaptations of the unproduced screenplays for RoboCop 2 and RoboCop 3 originally written by Frank Miller (Sin City, 300). Bear witness to the wall-to-wall violence, black comedy, science fiction, and neo-noir that never made it to the big screen. 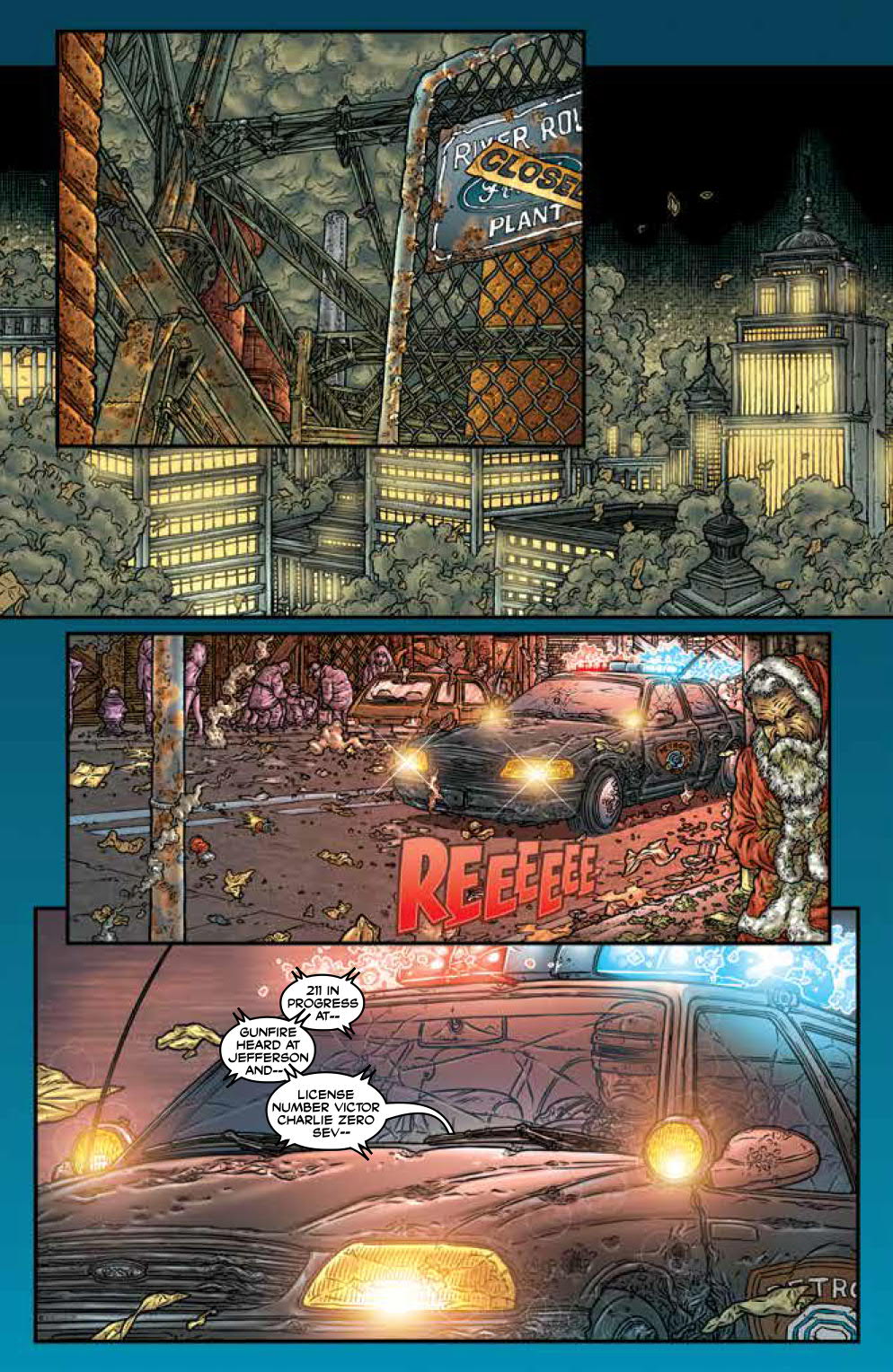 The Complete Frank Miller ROBOCOP Omnibus is an interesting concept – adapting Miller’s two unproduced screenplays for Robocop 2 and Robocop 3 to the comics – that captures the level of gritty violence fans of the series have come to expect. It’s kind of disappointing, then, that the final product isn’t wholly successful, artistically or narratively. Sequentially adapted by writer, Steven Grant (Whisper, 2 Guns), and drawn by Juan Jose Ryp for Robocop 2’s adaptation and Korkut Oztekin for Robocop 3’s, the world of OCP’s Detroit is decrepit and colorful, diseased and dangerous. Art riffs on Frank Miller’s well known designs but leans even more towards 2000 AD’s Dredd comics and the ‘80s UK punk aesthetic. That is to say that the panels are busy, cluttered and often eye-arresting, and some readers might find that as distracting as I did. When reading a comic makes you stop to just discern what you’re looking at, and not stop to ogle awe-inspiring visuals, there is a problem. 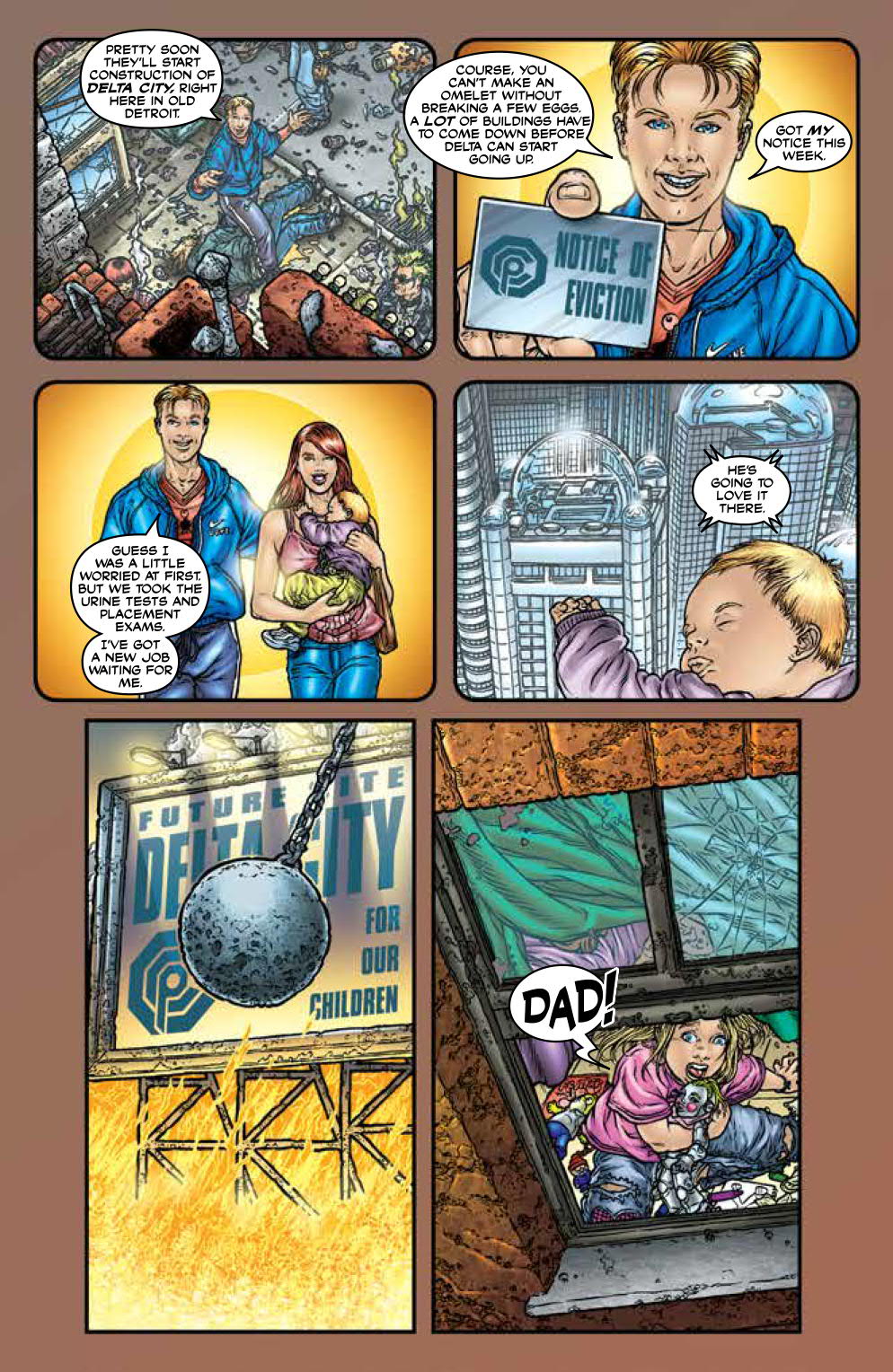 While Miller is credited for story and screenplay on both Robocop sequel films, the chasm between his original screenplays and the movies we saw is noticeably wide. I have not read the screenplays, so I can’t attest to the slapdash narrative and whether that is what Grant is adapting in these comics, but going off of Miller’s other work (and the abysmal storytelling of his solo directorial debut, The Spirit), I have to imagine the fault lies with him. The story just does not organically move; there are consistent jumps and transitions that read more like hazily-connected vignettes that you might recognize from the movies than the tight world-building of Robocop’s original Neumeier/Miner outing. Sure, the tongue-in-cheek interstitials, newscasts and talk shows pop up (a little nod to fans of Miller’s Batman work too), but the humor is less satire and more ugly American; something Miller holds a PhD in – bashing through subtlety with his concrete hands. 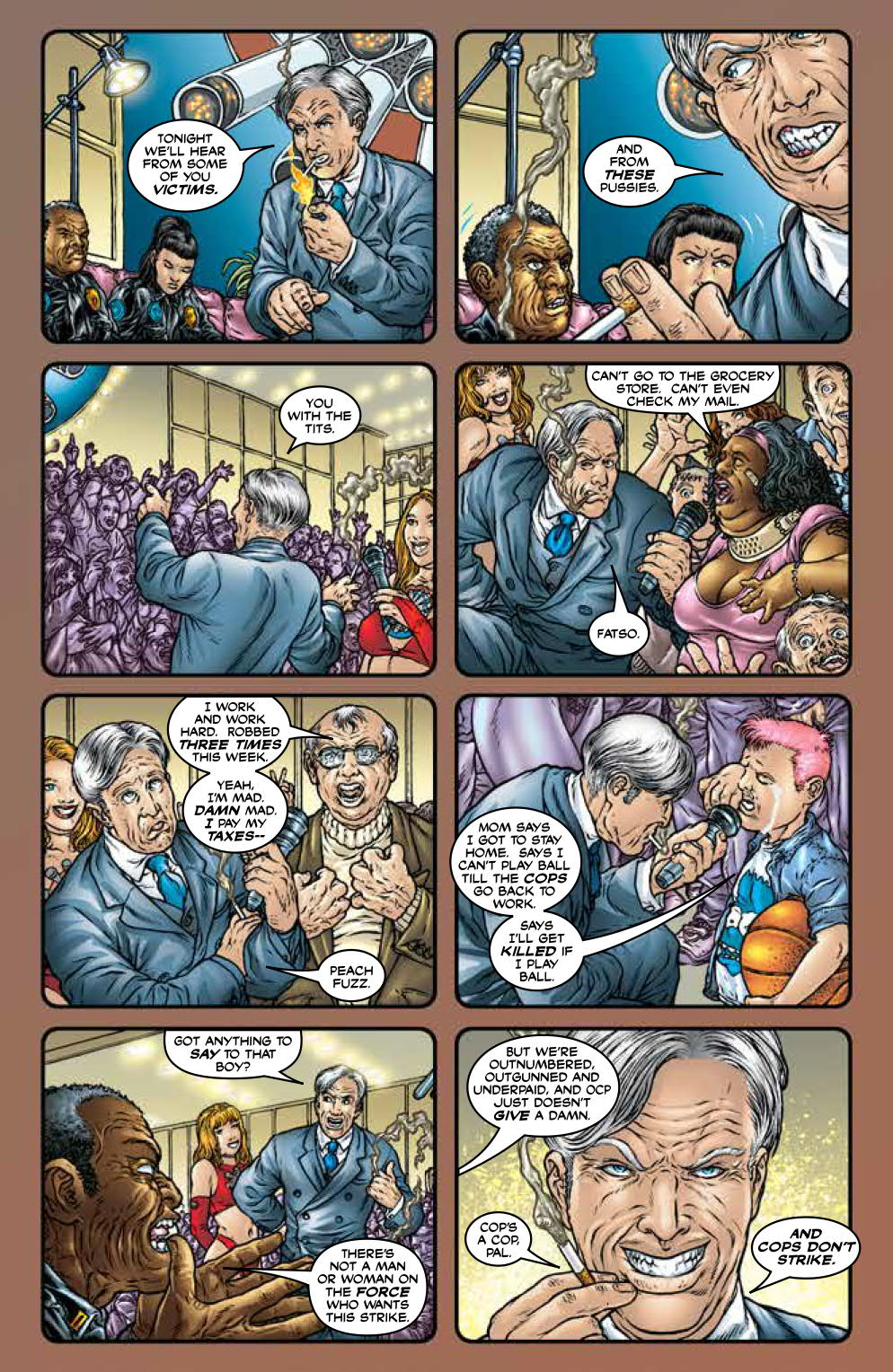 I don’t want to be completely down on this collection. I’m a giant Robocop fan. I love the first, I dig the second and I like parts of the third. Elements of what I love exist in this comic. If you want to see Robo destroy and be destroyed in street skirmishes with gangs, drug dealers and privatized cop mercs – it’s here. If you want to see brains, bones and viscera strewn about from fragging and machine gun fire – it’s here. And if you want snapshots of Alex Murphy’s exploits among memory flashbacks, police strikes and OCP’s war on the poor – it’s here, albeit faintly at times. While characterization is slim, plot is on tap. It’s slung at the reader in the aforementioned vignette style, and in a way, I can see certain comics fans gravitating to it. The 400-page omnibus makes for a good Sunday read. It’s the perfect junk food for the moment, and you’ll forget about it the next day. Like Game of Thrones, it whets the appetite for vice and violence, and sometimes that’s all you need from your entertainment. 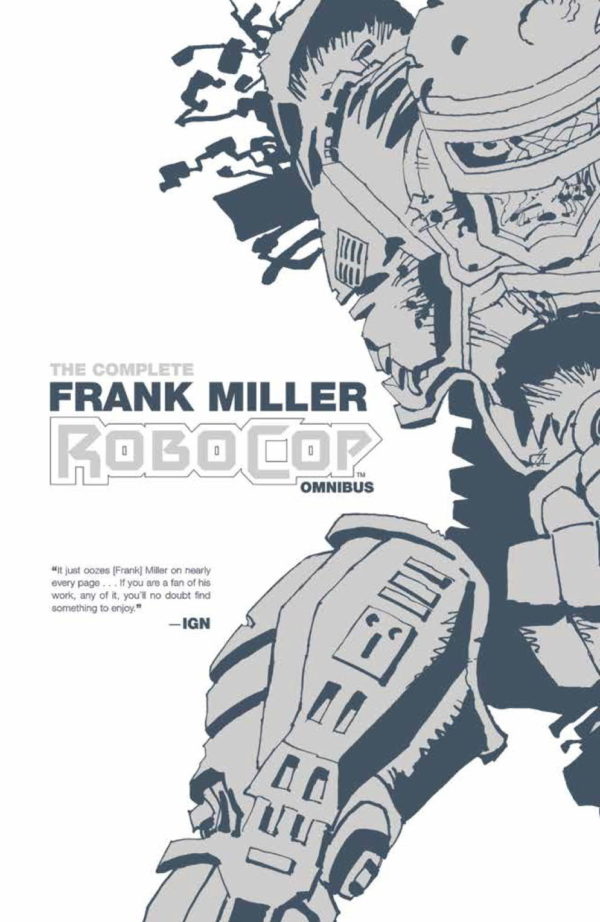