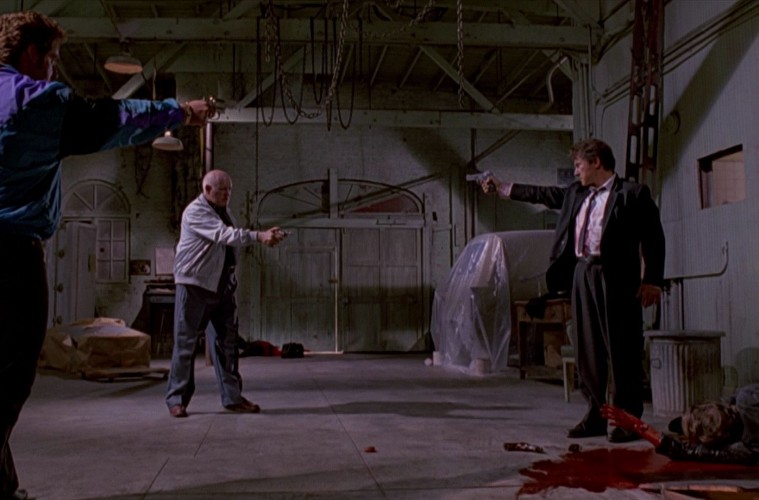 Mexican standoffs confrontations in action movies can range from hilarious to dry to quotable. But the one constant among them all is tension. The audience doesn’t know who’s going to shoot first and who will live or die. True Romance (1993), Die Hard (1988), Reservoir Dogs (1992), Lethal Weapon (1987), RoboCop (1987), and Face/Off (1997) are several among many films that include this scene and the requisite tense atmosphere. Some critics tend to psychoanalyze these scenes, especially when men are involved. As though because the gun is phallic-shaped and therefore its usage is both an expression of insecurity/inadequacy as well as an extension of the man’s desire for sexual dominance, and so forth. I say leave that to the real psychoanalysts. Below is an amazing mashup video of Mexican standoff scenes from the aforementioned films and then some. 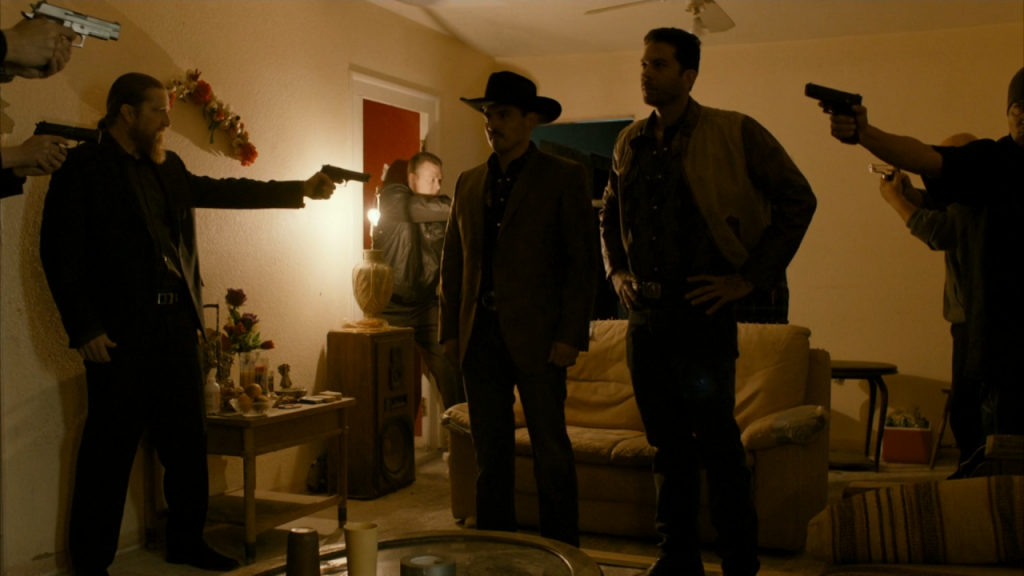 “That’s one off the bucket list: A Mexican standoff with actual Mexicans.”

Ok, that’s not included in the video below. It’s from the seventh episode of True Detective season two. It’s relevant because it’s Nick Pizzolatto’s pretty wry commentary on the seeming lack of anyone of Mexican origin in even the most popular of such scenes.