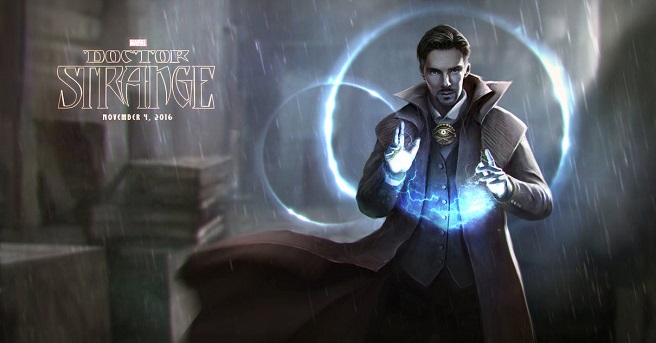 Though Captain America: Civil War” will be the first film under Phase Three of the Marvel Cinematic Universe, the first character to get his own feature film during that Phase will be Dr. Strange. The arrogant surgeon-turned mystical protector will be portrayed by Benedict Cumberbatch. The concept art below was first shown in August at the D23 Expo to a select crowd. While not the final product, the art shows Cumberbatch as Strange manipulating and harnessing ambient mystical forces. 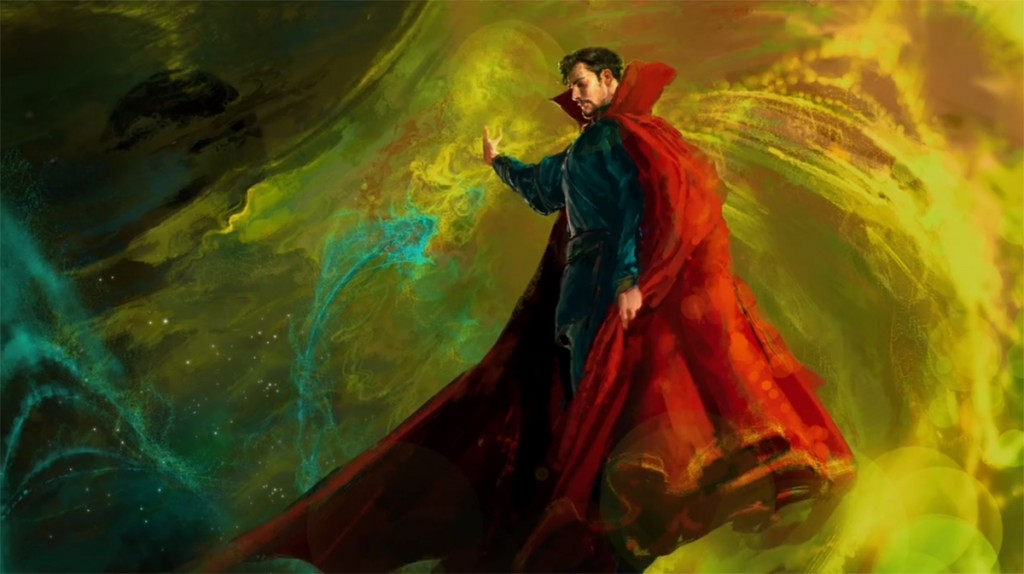 In the accompanying video, Kevin Feige and “Dr. Strange” director Scott Derrickson discuss how to keep the film grounded in reality but still having astounding visual effects. They also talk about Cumberbatch’s display of emotional range as the title character. In there own words, they want the film to be a “mind-trip action movie”. The link to the video is below: