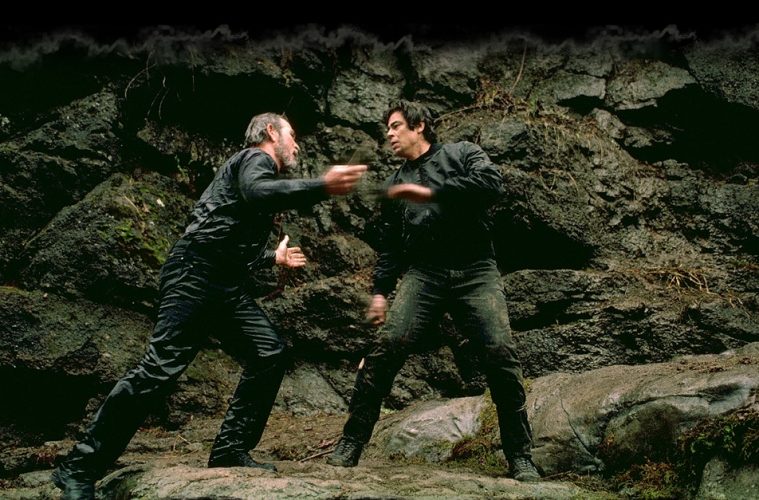 ANATOMY OF A KNIFE FIGHT: BREAKING DOWN WILLIAM FRIEDKIN’S THE HUNTED

And while he may not be considered an action director, his work has often included visceral, exciting set pieces which stand judgment against the best around.

Not only that, Friedkin has also always put a premium on realism. Take for instance his iconic French Connection car chase, which was shot without permits on streets that hadn’t been cleared for filming. He proved it was no fluke with a similar bravura sequence of automotive mayhem in To Live And Die In LA.

But for an example of just how good Friedkin is at putting together a fight scene then you need to check out his 2003 thriller, The Hunted.

In the movie’s standout scene, Jones and Del Toro come face-to-face to take each other on in a knife fight. Rather than using Shot using extended takes

In a great video, gaming, fitness and martial artist enthusiast Joeybslash3 gives a superb breakdown of the fight. The vlogger unpicks the fight choreography showing how the sequence had been constructed like a visual chess match – with the combatants making moves and counter-moves.

The final result, is a scene which looks and feels like what a knife fight between two skilled opponents would look like.