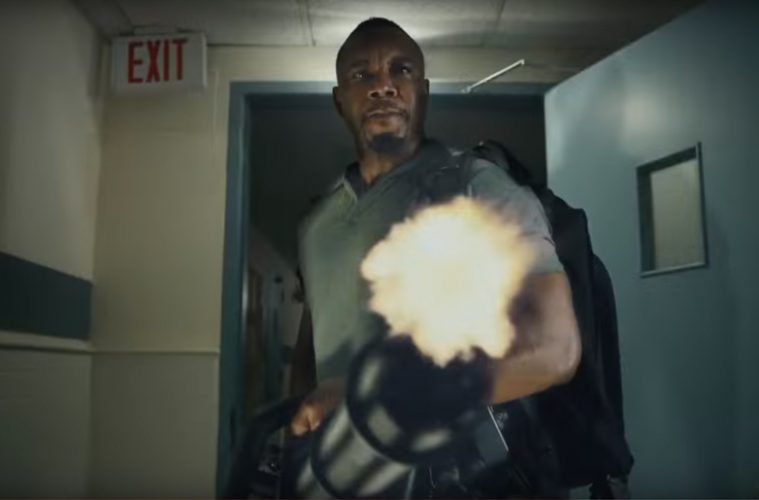 Although, I’ll admit that I’m here for Adrianne Palicki.

Sorry. I was thirsty for a sec. I’m good.

So, the funny thing about this is that there is a S.WA.T. TV show actively in development. Quite honestly, of all the things to get an extension as a franchise, S.W.A.T. has more promise than most.

For those unfamiliar, SWAT was a popular TV show guided by legendary producer Aaron Spelling. The show ran from 1975 to 1976 for 2 seasons. Years later, Samuel L. Jackson led a more diverse squad in the 2003 film. Now, Michael Jai White is getting in front of the upcoming TV show with a proper sequel to that 2003 actioner. Look for it on home video August 1st.

Whiskey Tango Foxtrot: When a D.E.A. and S.W.A.T. cartel takedown ends in a shootout, S.W.A.T. Agent Travis Hall (Jaeger) seizes a mysterious prisoner and takes him into custody. Before long, the S.W.A.T. compound is under siege by wave after wave of assault teams attempting to recover the prisoner known as “The Scorpion” for the tattoo emblazoned across his back. When Travis discovers that his prisoner is a black ops specialist with the goods on both U.S. intelligence agencies and international criminals, it’s up to Travis and the expert S.W.A.T. team to keep The Scorpion and his billion-dollar secrets safe.