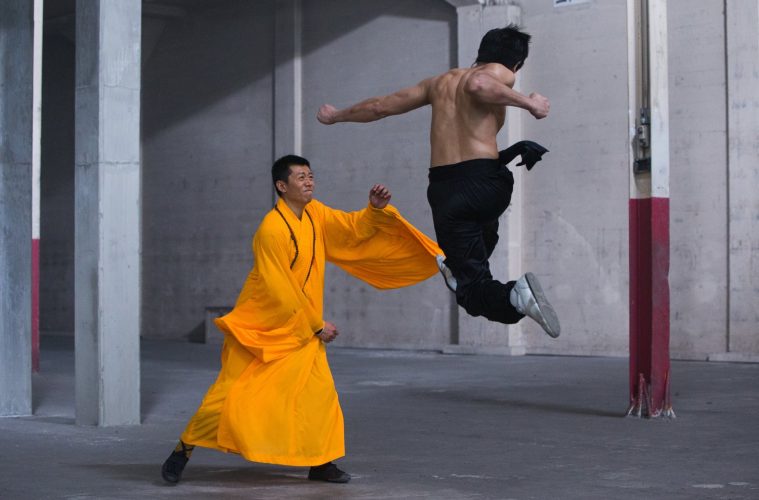 ‘BIRTH OF THE DRAGON’ IS READY FOR A THEATRICAL RELEASE, BUT IS THE INTERNET READY FOR THE FILM

We’ve talked quite extensively about George Nolfi’s upcoming BIRTH OF THE DRAGON film. As a matter of fact, the movie — about Bruce Lee’s challenge to Kung Fu master Wong Jack Man — has produced two pieces on Action A Go Go, one “for” and one against.

What’s the controversy? Well, I suggest you read ShakkaPanda and Nick Allen‘s opinions on the subject, but the long and short of it is that the film uses a white narrator as the viewer’s eyes for the showdown between Wong and Lee. This caused the Internet to label BIRTH OF THE DRAGON as yet another example of white-washing — similar to how the GHOST IN THE SHELL remake came under fire for removing Asian perspectives. While I’ll co-sign the gripe with GHOST IN THE SHELL, I can somewhat see why the choice was made to have an outsider’s perspective in BIRTH OF THE DRAGON.

The fight between Wong Jack Man and Bruce Lee has long been debated. Particularly when it comes to who actually won between the two men. A third party’s take could potentially maintain the mystery of the outcome and allow the filmmakers to not take a stance on who was the victor. That’s my theory anyway.

That said, did the third party have to be Caucasian? Well, when you factor in that the reason for the confrontation between Lee and Jack Man (outside of testosterone) had a lot to do with the fact that Lee had been training non-Chinese students in martial arts (a controversial move at the time), you might reconsider.

Then again, maybe you won’t. Or maybe the following trailer will help you decide. Let us know in the comments what your takeaway is.