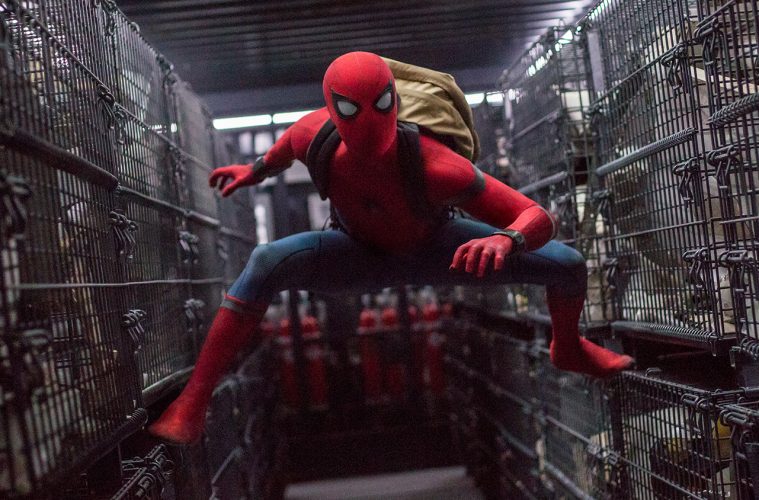 This week’s Monday Motivation comes to us courtesy of Michael Giacchino’s SPIDER-MAN: HOMECOMING score. A soundtrack that I will openly admit has been playing on my Google Music account non-stop since I purchased it nearly a week ago.

Every superhero movie deserves a trademark theme. It’s written in the by-laws of comic book movie-making somewhere. Unfortunately, that’s not always the case. And while the Spider-Man movies have scored top talent (Danny Elfman, Hans Zimmer, James Horner) and generated some inspired tracks, nothing has quite replaced that 1960’s cartoon theme in the minds of the general public.

Has Michael Giacchino created something so memorable that it can overthrow the instantly recognizable/hummable Spider-Man song from 50 years ago? Pop history will have to decide, but I think this is the closest it can ever get.

Below, is the mid-movie track to SPIDER-MAN: HOMECOMING. It’s called “Monumental Meltdown”, and it underlines what is easily one of the franchise’s best action sequences. I won’t give away what happens onscreen. I will, however, credit to Giacchino for propelling an already exciting set piece.

Overall, there is a Saturday morning cartoon vibe to the SPIDER-MAN: HOMECOMING that feels like it’s been borrowed from the 1990s cartoon on Fox. Giacchino’s composition style has always been big, bold, and playful, which matches the tone of the film perfectly. Also, it’s nice to see the “pop band” approach of Hans Zimmer’s AMAZING SPIDER-MAN 2 score (2014) and the impishness of Danny Elfman’s two previous Spider-Man soundtracks (2002 and 2004) being utilized to create one cohesive sound that embodies the title character through and through.