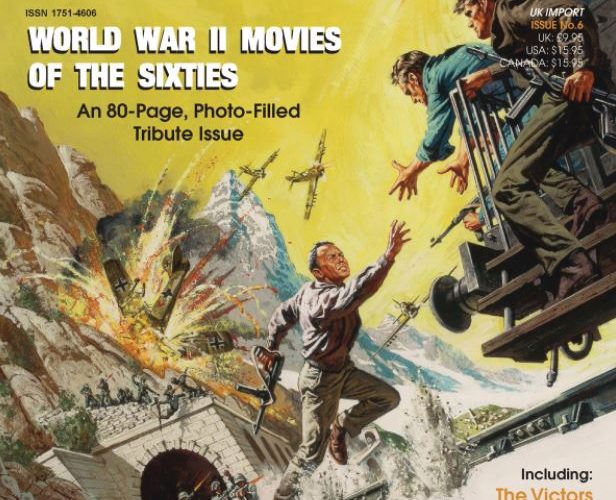 When I originally set out to start writing “READ GOOD $#!+”, it was never my intention to only focus on comics. Truth be told, comics were really just an excuse to allow me to zero in on all the cool, readable content I come across from time to time. Which is why this week’s installment is going to pull away from “funny books” (my grandmother’s words, not mine) so I can talk about something I recently rediscovered: CINEMA RETRO Magazine. 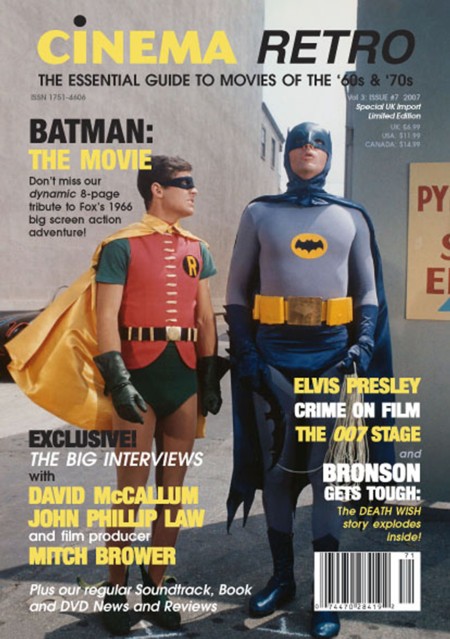 Since the mid-2000s, CINEMA RETRO has dedicated its publication (print!) to the wonderfully wild period of film that was the 1960s and 1970s. Considered by many to be the two decades where — almost universally  — filmmakers were clearly “under the influence”, the ’60s and ’70s were a cinematic golden age where seemingly anything was allowed to go. CINEMA RETRO has prided itself on being a tome for those interested in learning more about that era.

From CINEMA RETRO themselves:

Fed up with reading those glossy film magazines, which contain endless pages of advertising for DVDs and promote the latest product placement-infested film appearing at a cinema near you?

Do you remember the days when cinemas showed ‘Double Bill’ programmes, Road Show films with intermissions, and sold souvenir brochures?

Do you long for those days when you could read great film magazines like ABC Film Review, Photoplay and Showtime? 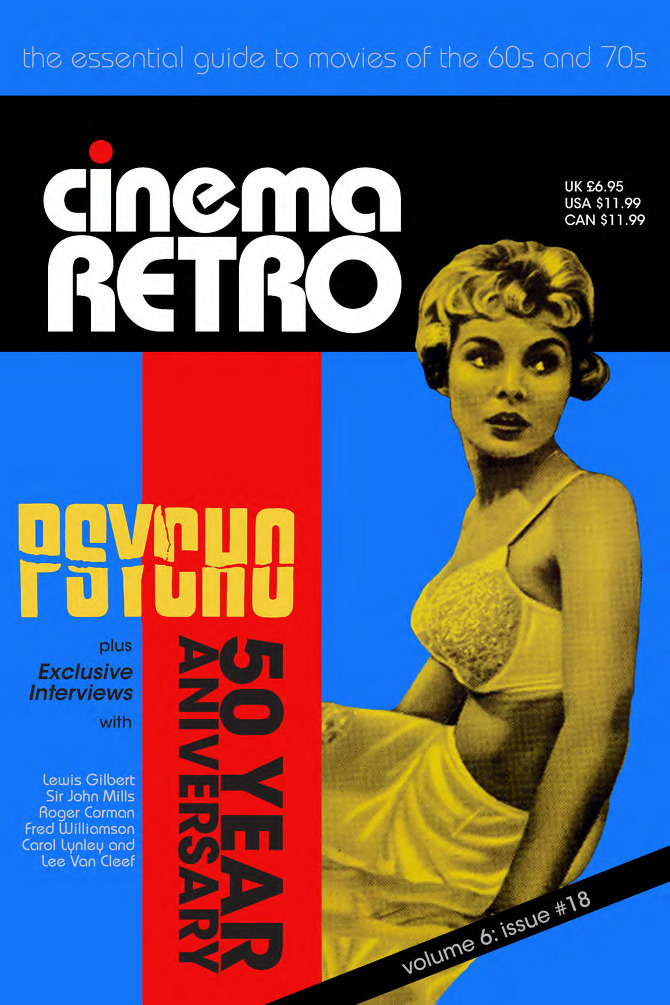 Then you must remember that the 60’s and 70’s were probably the greatest period ever for the film industry – an era that brought the cinemagoer a choice of several classic movies released every week, film posters that were works of art, and ice cream usherettes that brought your ice pop to your seat – and wore stockings too!

This was a wonderful period in cinema history, and Dave Worrall and Lee Pfeiffer, authors of the best-selling book The Essential James Bond and The Great Fox War Movies have brought those memories back and recreated some of those fabulous publications that we all still long for. 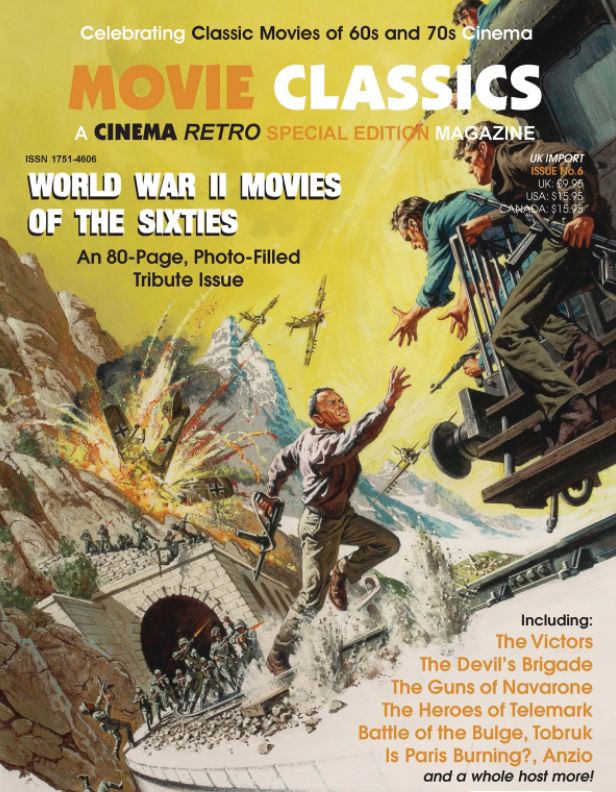 Always fully colored and always 64-pages or more, the most recent issue of CINEMA RETRO is a limited special edition (pictured above) focused entirely on the World War II films of the 1960s. So if you loved movies like THE GUNS OF THE NAVARONE, PLAY DIRTY, or BATTLE OF THE BULGE then this is definitely the issue for you. And if you need more out of the 1960s and 1970s, there are back issues focusing on specific subgenres, filmmakers, and film series. All still available to order from their official page.

With pieces written by the likes of Roger Moore, Christopher Lee, William Shatner, Hugh Hefner, and others, CINEMA RETRO is the type insight that true film fans should be clamoring for in the era of Internet think pieces. Check them out.