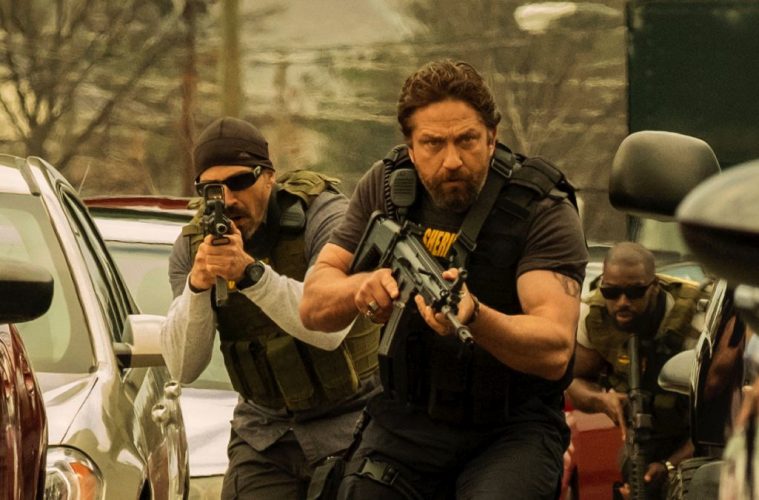 Given the critical and commercial mauling that Geostorm has just received, you might think that it wasn’t the right time to advertise another Gerard Butler film.

But that hasn’t stopped the release of a trailer for Den Of Thieves, a new cop vs criminals thriller starring the 300 actor.

The film sees Butler as a top police headhunter who brings down the toughest gangs by any means necessary. He faces off against a bunch of thieves led by Curtis ’50 Cent’ Jackson who are planning a huge heist.

Den Of Thieves is helmed by first-time director by Christian Gudegast who wrote the script for Gezza’s London Has Fallen.

Den Of Thieves is released in February 2018.