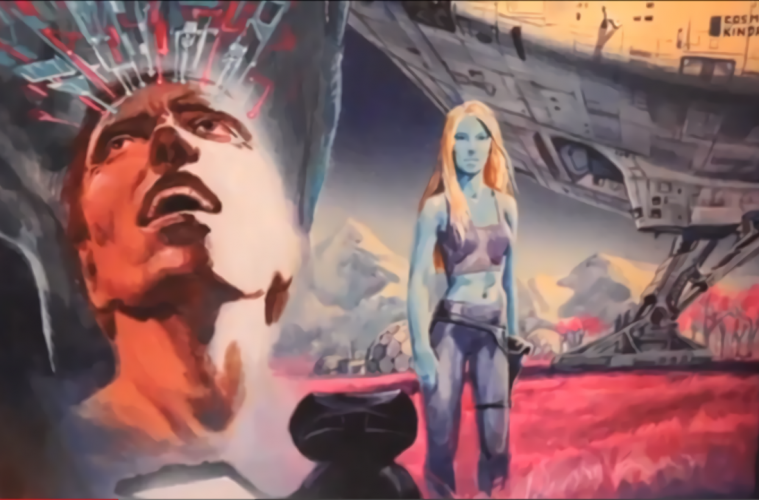 We know him from groundbreaking science fiction films like The Terminator, Aliens, and Avatar– James Cameron is among the most acclaimed filmmakers to date. A life-long, obsessive sci-fi fan, Cameron grew up reading about the sandworms of Arrakis in Frank Herbert’s Dune, and watching a small town become enveloped by a red, gelatinous alien in The Blob. It’s not hard to see how this childhood interest in science fiction has left a lasting impression on Cameron and his works. He transformed his earliest ideas and questions about alien life, AIs, and outer space into full-length films that defined his favorite genre. 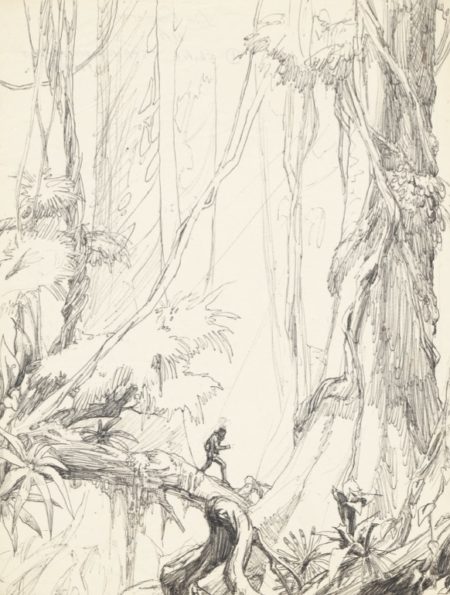 But what if we told you that James Cameron’s greatest science fiction film– the one that would define his creative scope and influence all of his future films– was never actually made? 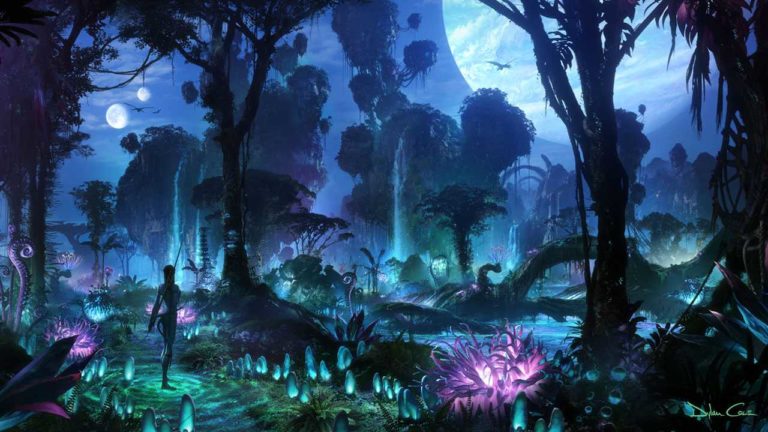 So, what was Xenogenesis about? Well, we’re not entirely sure. Even in its earliest concepts Xenogenesis held a strange, elaborate storyline filled with mysterious humanoids, inter-dimensional portals, terrifying deathbots, and giant jellyfish that floated through the sky. What we do know, is that you can find clues about Cameron’s future films, like The Terminator and most of all, Avatar, hidden in his concept art for Xenogenesis. We can look at the film as a Mitochondrial Eve– Cameron created Xenogenesis, which bore ideas and elements that eventually grew into their own films, making Xenogenesis the mother of all Cameron sci-fi films. 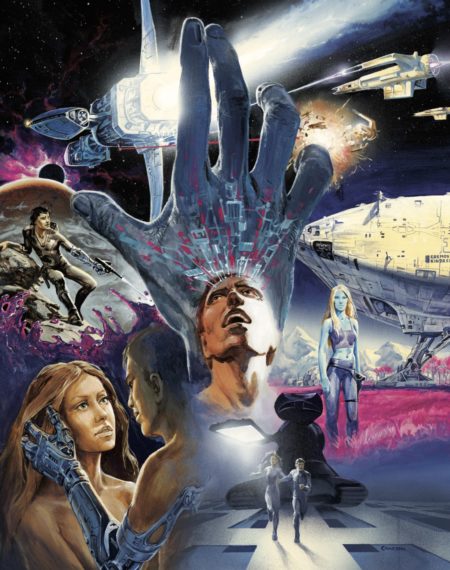 But there’s more to Xenogenesis than just an awesome name. It provides insight into the creative mind of James Cameron, and the way that Cameron’s earliest concepts paved the path for his most successful films. Xenogenesis predates both Avatar and The Terminator, and yet all of Cameron’s ideas for this great science fiction film ended up worming their way into the scripts and storyboards for these two other films. It shows us that although the film was never brought to the silver screen, it planted a seed in Cameron’s mind which transformed his career and blossomed into his most epic films. 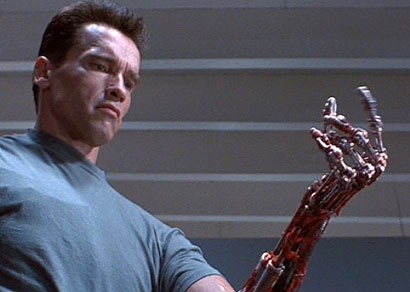 We also know that the film’s protagonist, an unnamed man that’s part-cyborg, reveals Cameron’s earliest ideas that would appear in The Terminator, which was released 6 years after these art pieces were created. Even the most casual sci-fi fans can identify the similarities between the mechanics of the hero’s robotic arm and The Terminator’s endoskeleton.

Another one of Cameron’s concepts for Xenogenesis features a woman in a four-legged ship fighting off a tank-like robot with giant light-panel arms. This terrifying, militaristic robot provided a strong foundation for the design of the Hunter-Killer tanks in The Terminator. This film was Cameron’s first big success, and it was also his first opportunity to present some of his original sci-fi concepts from Xenogenesis to the public. 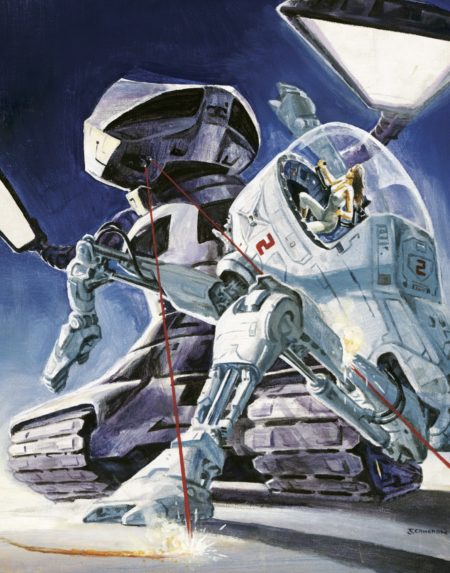 Nonetheless the film that drew the most from concepts for Xenogenesis was Cameron’s incredible work that introduced us to the beautiful and dangerous world of Pandora: Avatar.

In Avatar, we are acquainted with the strange flora and fauna of Pandora through the eyes of Jake Sully, but the ideas for these alien plants and animals didn’t just appear out of thin air. You can actually trace their origins back to Xenogenesis. 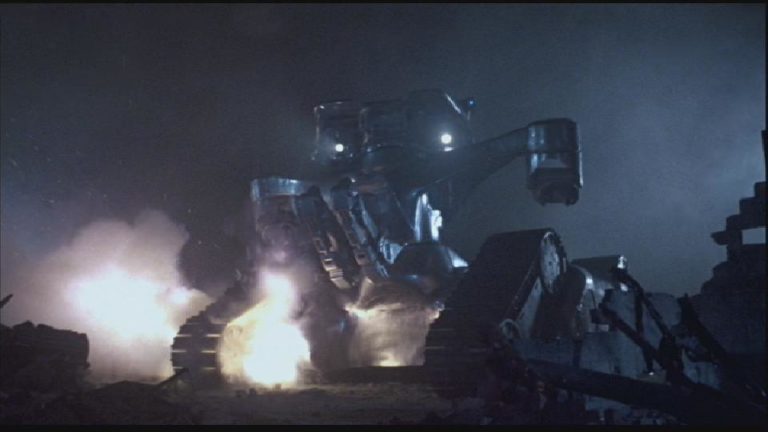 Avatar shows Jake Sully in Na’vi form walking through the lush forests of Pandora when he encounters a spiral-shaped plant. He touches the outer tips of the plant’s frilled leaves, and on contact the plant sucks itself back into the ground. This cutting-edge scene in Avatar was based on a concept sketch by Cameron that reveals the protagonist of Xenogenesis photographing a woman standing in front of this same spiral-shaped plant, later named the helicoradium spirale for the Avatar script. 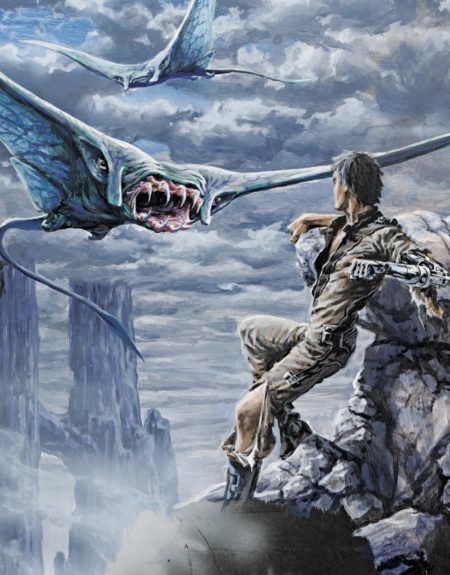 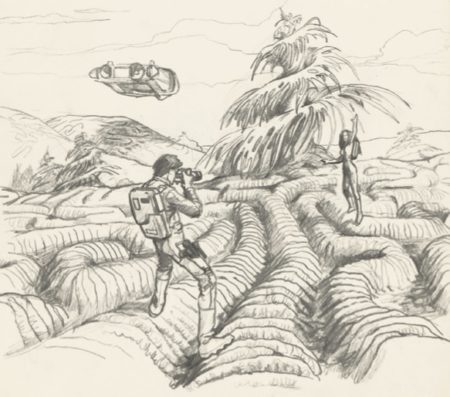 This fascinating and important scene in Avatar is followed by Jake Sully getting acquainted with the Ikran, or mountain banshees. Jake Sully bonds with his own Ikran by fighting it and earns his place as a hunter with the Na’vi. These giant, pterodactyl-like creatures have roots in one of Cameron’s earliest pieces of concept art, dating back to 1978, when Cameron was only 24 years old.

Are those giant manta rays flying through the sky? You bet they are! The “wind-sharks” in this concept terrorize the protagonist as he fights off the grip of a giant jellyfish (shown below). Although the animal inspiration for the wind-sharks in Xenogenesis is quite different from the Ikran, the similarities show in their veiny wings and their sharp, retractable teeth. The wind-sharks were actually the first to appear in the Avatar script, before the concept was redesigned and evolved into the Ikran. 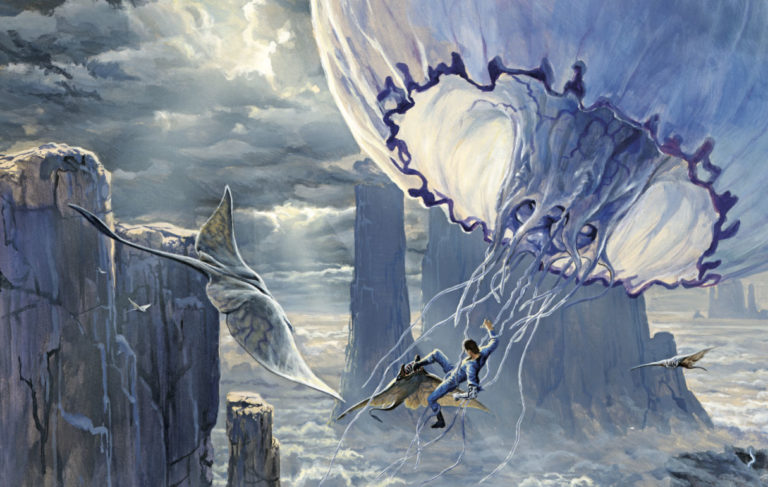 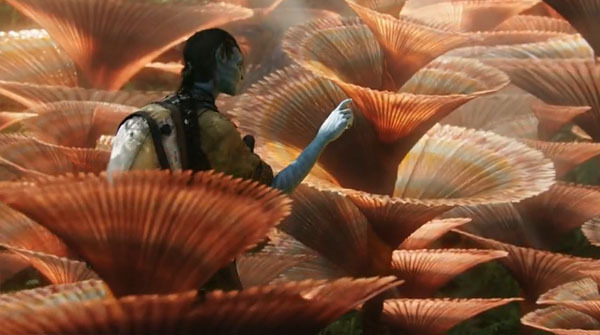 So, after learning all this you may be wondering if James Cameron will ever turn Xenogenesis into an actual feature-length film. It’s certainly a possibility, but with three follow-up films to Avatar on his to-do list (the first of which will release in 2020), it seems unlikely. However, what almost certain is that Cameron will continue to draw on elements from Xenogenesis for his future sci-fi films. Who knows, maybe Avatar 2 will introduce giant flying jellyfish to the world of Pandora, or a giant four-legged ship, or a certain character with a cybernetic arm, just like the ones we know from his Xenogenesis concepts.