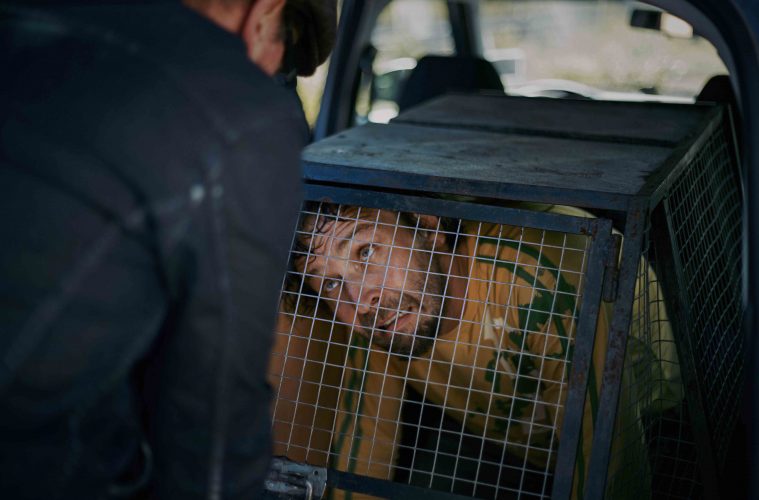 Euthanizer (dir. Teemu Nikki) was not an easy movie for me to watch.

I suspect this would have been the case even if I didn’t have a dog whom I loved dearly. I’m a guy that hasn’t seen John Wick yet, even though I absolutely love action films, because I dreaded the notion of Puppy Wick meeting a terrible end.

Well, I’m here to report that skipping John Wick and slogging it all the way through Euthanizer was akin to being too scared to jump off the board at the local swimming pool and deciding to go cliff diving instead.

Fair warning to those who seek this movie out, there is quite a lot of violence directed towards animals (and humans) during the course of the film. Some of the violence is graphically depicted but most of it is implied. What is implied is pretty awful and if you’re as big a softie as I am regarding violence and small mammals then you’ll have to take a few breaks during your viewing.

Personal hang ups aside, I am sincerely glad to have encountered Euthanizer because at its core is an interestingly told, well shot picture about violence, balance and how sometimes killing can be an act of true love.

The titular hero (?) is Veijo Haukka (Matti Onnismaa), an eccentric loner and jack-of-all-trades living on the outskirts of a small Finnish town. The locals avoid Veijo unless they require his services which include the mercy killing of the town’s dying and unwanted pet population at a cost substantially lower than that of the local vet. 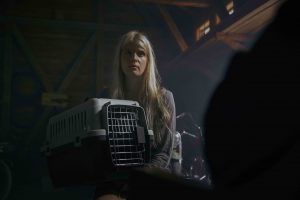 The film opens with one such transaction: A pretty young woman has brought her cat to be euthanized, the animal is dying of some terminal disease. Veijo takes the cat away and agrees to destroy it, but not before giving the young woman a piece of his mind. He castigates her for confining the cat to a life spent in her tiny apartment and also for prolonging its suffering. With that, Veijo takes the cat and places it into a gas chamber of his own construction, a car with its exhaust fumes routed back into the cabin. Veijo then presses ‘play’ on a boombox in the front seat that blares a haunting ballad, one that he plays for all of his ‘patients’ in their final moments. Then he starts the car.

The woman’s sins aren’t really anything out of the ordinary for an average cat owner. Most people who own cats can’t give them five square miles to roam. If our pets are stricken with serious illness we do everything we can to stave off the inevitable. But Veijo sees the world in black and white. If you aren’t doing absolutely everything you can to ease the lives of the animals under your care you are guilty and deserve punishment yourself. The cat owner, for her part, earns a vicious dressing-down. As the film progresses the citizens that come to Veijo to euthanize their animals are guilty of increasing amounts of abuse. As a result, his punishments escalate in severity.

This psychotic and violent obsession with balance and justice becomes Veijo’s driving principle. Euthanizer is a slow and steady boil to the point where Veijo gets pushed over the edge, when his internal loathing for humanity becomes external and he finally takes it upon himself to visit the ultimate judgement upon his neighbors.

One of the many people driving Veijo to the point of no return is Petri (Jari Virman), a crooked employee at the local auto-shop, terrible father, husband and dog owner. He also happens to be a budding white supremacist doing his best to get in good with the local hate-group. Petri, annoyed with the cost of having to spay his dog, first attempts to kill her, but finding he cannot stomach the deed, takes her to Veijo to be euthanized instead. Veijo agrees to put the dog down but upon discovering that she is healthy (aside from a nasty case of “Asshole-Owner”), he decides to keep the dog as his own pet. This single act of mercy puts Veijo and Petri on a collision course that will mean blood and destruction for all involved. 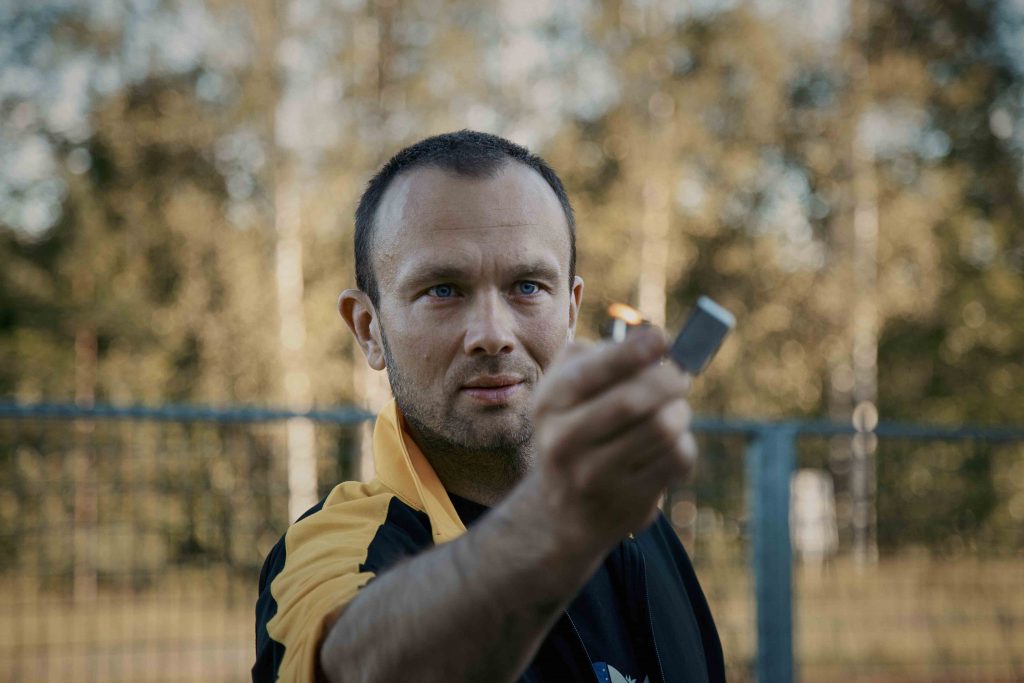 Against this backdrop, Euthanizer also manages to weave a surprisingly touching love story between Veijo and Lotta (Hannamaija Nikander), a nurse assigned to take care of Veijo’s terminally ill father. Having brought an animal to Veijo for euthanasia, she is not put off by his what he does. In fact, she is taken with the straightforward and dignified manner in which he performs his self-appointed duty. She begins joining him in his work and they form a deep and immediate bond, both mental and physical. It’s certainly not the healthiest movie romance we’ve ever seen depicted on screen, but I doubt that’s the point. For these two darkly drawn characters it is a wondrous companionship and speaks to one of the films’ other main themes, that of finding beauty in ugly places. Lotta’s love and affection won’t stop Veijo from becoming a monster, but it might be his only hope for salvation. 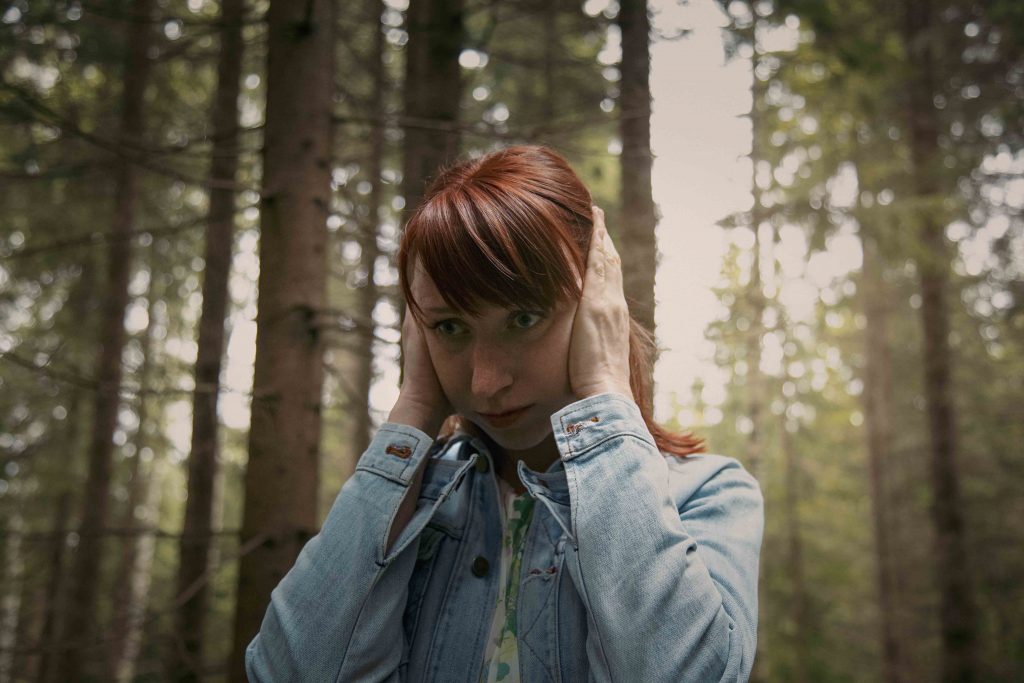 The chemistry between Onnismaa and Nikander is palpable and believable (at least to my non-Finnish speaking ears.) In fact, all of the unlikable citizens of this horrible little town turn in good performances, from the local veterinarian (who unsurprisingly hates Veijo’s guts) to the town Neo-Nazis (who you just know, in the grand tradition of all great revenge/exploitation films, are not going to make it out of this movie without severe perforation.)

I must also give a shoutout to the cinematography. The film is shot mostly in an uneasy, handheld style with great care taken to shot composition. The look is dark and drab but intentionally so. It’s gritty and dirty in a way that recollects traditional exploitation films but that also speaks to the awful, ugly world that the characters inhabit.

To reiterate, that world contains quite a lot of cute furry animal death. There is one scene in particular towards the end of the film that, while heavily telegraphed, hits like ton of bricks (and the bricks are on fire, and followed by a bucket of liquid magma poured directly onto your crotch, and the bricks and magma are dropped on you by the person you hate most in the world, and afterwards that person is receiving a check that will completely pay off their student loan debt…It hurts is what I’m saying.) I can’t do more to underscore that if that sort of subject matter bothers you, you will be highly bothered by this film and I wouldn’t think less of you for steering clear.

That being said, Euthanizer can initiate some thoughtful discussion. For me it brings to mind the phenomenon of moviegoing audiences being more comfortable watching people die than animals. I don’t propose to even begin answering why that might be the case but I can tell you from personal experience that watching hundreds of people get blown away in a John Woo film is hunky dory, even amusing, but watching even one dog take a bullet in this film was hella rough (Though now I do feel desensitized enough to finally go see John Wick).

Another thing this movie gets me thinking about is the care I’ve shown my own pets over the years. Did I actually do everything I could to make their lives the best they could have been or was I just kidding myself? Do I do enough for the dog I have now? The answer is probably ‘yes’. But if not, how culpable am I in any suffering they might have felt? The animal violence depicted in Euthanizer is disturbing but it’s also a reflection of the very real evils visited upon innocent animals in every society. In this way Euthanizer is just a bloodier, longer, more Finnish version of that one Sarah Mclachlan SPCA commercial.

Treat your animals right. OR ELSE.

Anyway, definitely go check out Euthanizer if you think it might be your cup of tea, or if it’s far from your cup of tea but you think you could see your way through the violence and enjoy a solidly crafted film with dark and fascinating themes.

If you need me I’ll be in my apartment hugging my dog forever. 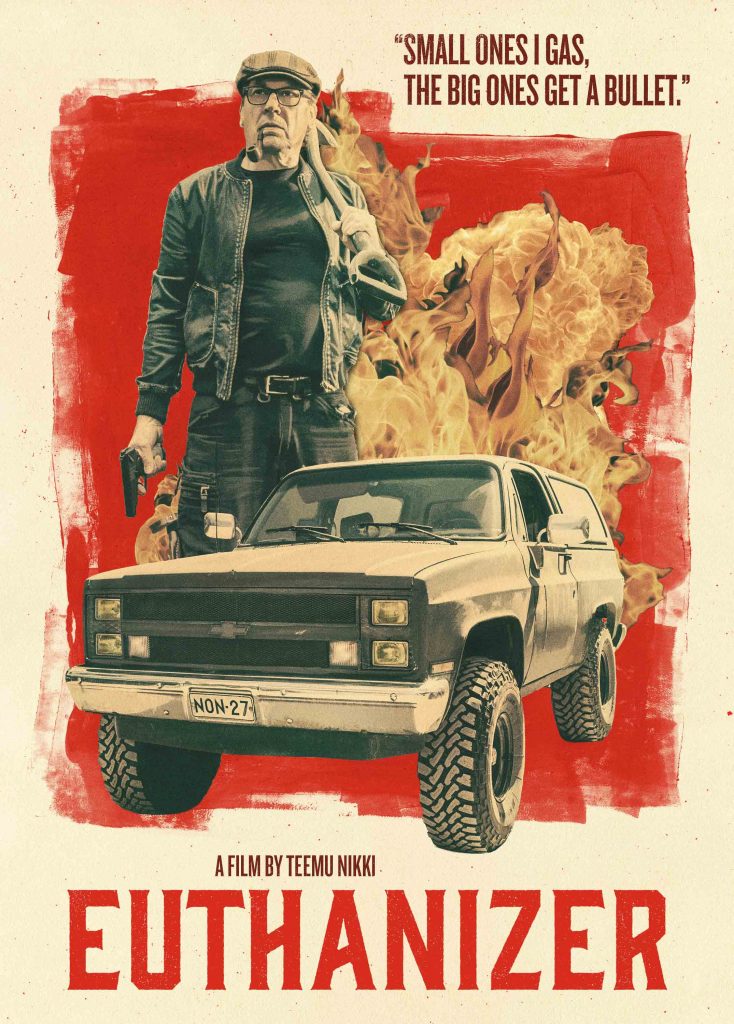