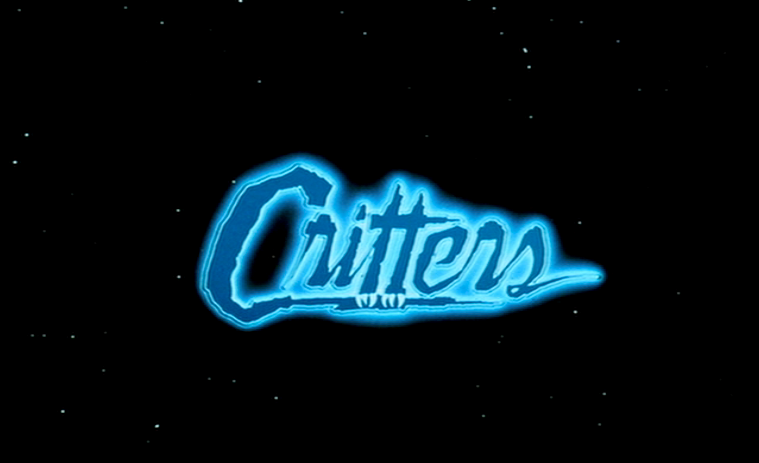 The Cheap ‘Gremlins’ Knock-Off That (Mostly) Holds Up

It’s hard to pick a “favorite” genre of film because they all fulfill different emotional and intellectual needs.  But, like a lot of movie nerds who grew up in the 80s and 90s, horror was an early standout for me. One of my strongest memories is wandering around my local video rental place and just pounding through the limited horror section methodically in alphabetical order.

But as a 6 year-old, when it came to horror I was still wary of the hard stuff.  Lighter fare like Tremors and The Monster Squad, were proven quantities that wouldn’t make me lose sleep the way that the mere cover of the Night of the Demons movies did when perusing the shelves.  But the softer horror flick that spawned the most imitators and helped guide me in my mission to judge every VHS by its cover was comedy-horror staple, Gremlins. I remember actively chasing that Joe Dante/Steven Spielberg dragon by renting stuff like Ghoulies, Munchies, and Hobgoblins only to inevitably be disappointed.  However, one group of tiny monsters from the Video Outlet in Silver Spring, MD scratched that itch.  That franchise was Critters.

Several years ago I was able to find a 4-pack of the movie and its sequels for cheap and I snatched that up in an instant, despite only kind of liking the first one, not remembering the second one, hating the third one, and barely enjoying the 4th one.  This set sat unused until a couple weeks ago when Derek asked me, “Hey, would you be interested in doing a Critters retrospective?” to which I responded “Are you kidding?! I own the quadrilogy on DVD!” with an enthusiasm that most certainly caused him to worry about my mental health.

So I sat down for the first rewatch in 25 years and was frankly surprised.  Immediately what makes the first entry stand out is how confidently strange it is.  Sure, its bones might feel like a throwback monster movie set in a small rural town, but when weird shape-shifting bounty hunters are instructed to chase down a ship full of highly intelligent, ravenous “Crites”, it’s clear this isn’t going to hit the same old beats.  This imaginative approach to what should be a rote sci-fi horror is a way Critters sets itself apart, but also is indicative of how director Stephen Herek makes the most of his budget after clearly blowing through most of it during the first couple space scenes.  After that opening, all the action takes place over a single, slow-burn of a day. So by the time the space beasties are attacking in full force, the movie is shrouded in the blue tint of night.  But by that process, the poor costuming of the giant Crite (a size-changing element that eventually gets underplayed in the series), middling pyrotechnics, and overall claustrophobic setting are features of the film instead of bugs.

By the sequel, it feels like a decision was made to lean further into a campy tone.  Critters 2 is fairly standard in the way it followed the trajectory of many other of 80s horror sequels; to go brighter, goofier, and gorier.  By returning to the same small town and keeping many of the characters, this is afforded the opportunity to provide context beyond a simple “Crites eat some more people” story.

More importantly, between the guy in the bloody bunny suit bursting through a church’s stained glass window to the Volton-like combined formation of a teeth-covered sphere at the climax, this sequel is home to the most iconic images of the four films.  Of course the best moment probably being the Crite who has choice words after a bounty hunter blows off part of his fur and gives him a reverse mohawk. 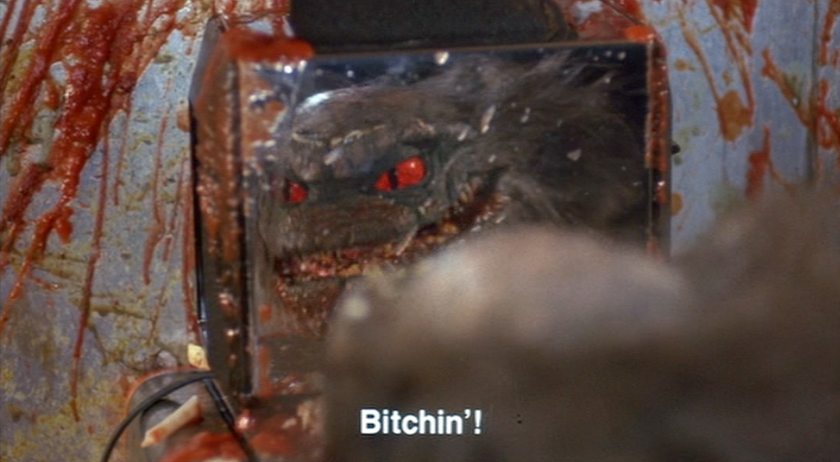 As a kid, Critters 3 was always my least favorite in the series.  It’s the one place where the silliness starts to leach out into overly broad characters and cliché conflicts.  A few remaining Crites end up placing a derelict apartment building under siege. There’s not much else to it. The singular menace of the monstrous aliens doesn’t take centerstage here.  The tenants could be attacked by rabid wolves or little green men or the blob. It doesn’t matter, the majority of the movie would feel much the same. There is an extended sequence of Crites eating household products like soap and then burping bubbles to give some cheap yuks.  But mostly the problem is that humor is used by the characters to diffuse tension, which ultimately undermines the danger the characters are supposed to find themselves in. 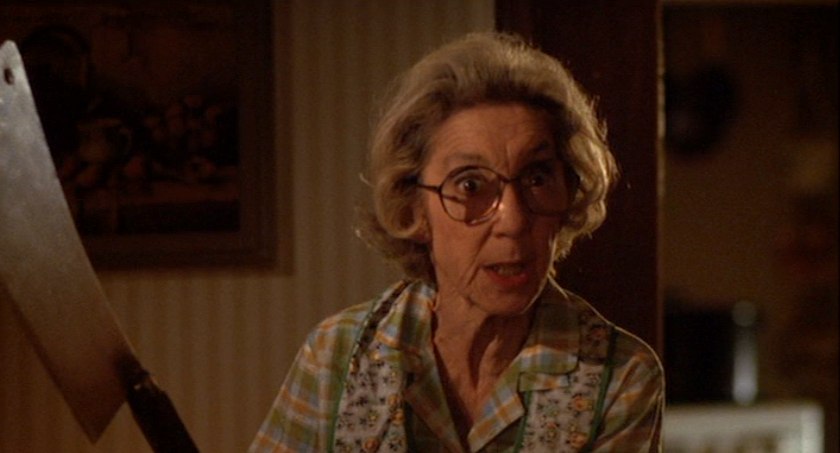 Now it’s time for Crites in space!  Which, since at least the first two films leaned heavily into the science fiction elements, isn’t nearly as novel as it may sound.  Unfortunately, even with Angela Basset and Brad Dourif in tow, it’s hard for Critters 4 to shed an overall feel as not a sci fi movie, but as a SyFy movie.  Much like the previous entry, there’s nothing actively offensive about this. It’s just disappointing to fall into lazy patterns after the first two were kind of exciting in the way they utilized horror tropes in interesting ways.

Even worse is the lack of monster mayhem in Critters 4.  There are a total of two Crites in this and they take forever to show up.  In fact, I timed it.  It takes longer to get established villains onscreen in this 3rd sequel than it does to introduce them for the first time the original movie.  At the 58 minute mark of a 94 minute creature feature there is only a single appearance by the creatures and a body count of one (it’s a pretty cool kill though… a Crite crawls into a dude’s mouth and then starts to eat him from the inside). 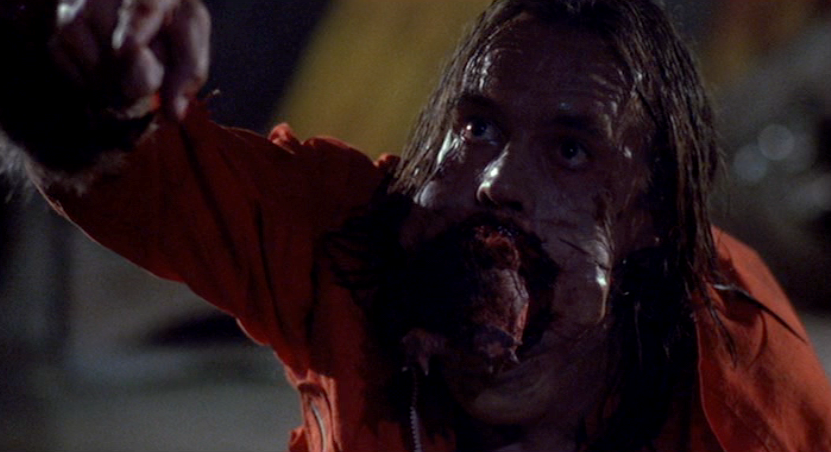 Today, the Critters franchise is almost known more as a series of trivia questions.  Critters 2 is one of the few Easter-set horror movies among a genre that loves holidays. Critters 3 is Leonardo DiCaprio’s film debut. Critters 4 is often listed along with other horror sequels (Jason X, Leprechaun 4, Hellraiser: Bloodline, Dracula 3000, etc.) that hilariously sold themselves on the gimmick of going to outer space.  And both the 3rd and 4th installments have all-time cheeky taglines (“You are what they eat” and “In space, they love to hear you scream!”, respectively).

But these movies are at least a bit more than that. They straddle their own unique line between horror and comedy. The humor (mostly) comes neither from over-the-top situations nor human characters, but from a horrific premise played straight by the appetites of beings who don’t take the havoc they cause seriously. Why would they? One gets the impression that Crites are used to being on top of the intergalactic food chain and rarely “lose” in their quest to conquer and destroy.  What makes tthese aliens actually kind of “scary” is that they are both animalistic enough to consume everything in their path and advanced enough to pilot a spaceship.  Well, that and the Chiodo brothers’ (Killer Klowns from Outer Space and Team America: World Police) grotesque Muppets from Hell design. 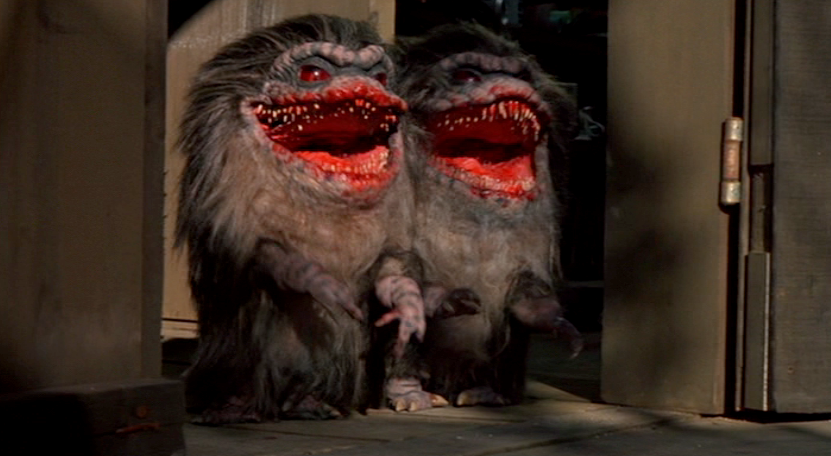 As a bit of an underappreciated horror series, Critters blew through all four of its films over the course of 7 years.  And then it’s like Hollywood gave up on them for the next 25. Yet, there’s so much more potential here than, I don’t know, *cough Michael Myers cough*.  They eat everything, can grow in size, can form into a giant ball of several Crites, shoot poisonous barbs out of their backs, and are flippant about life as we know it.  Word on the street is that the team behind Zombeavers is working on a Critters TV series for Warner Bros., which sounds exciting… but I’ll believe it when I see it.