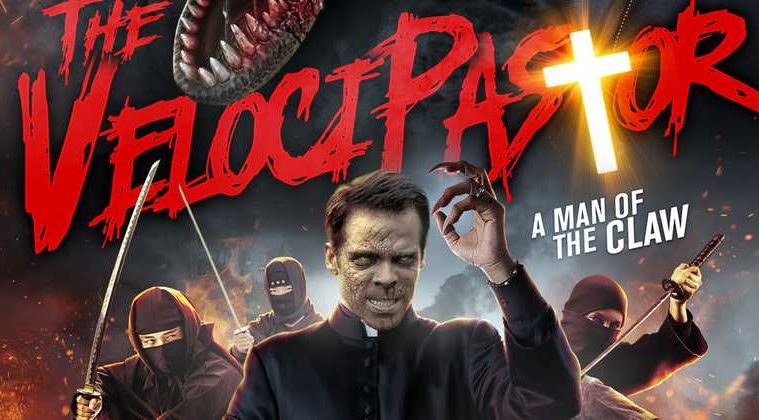 If you were given the ability to transform into a dinosaur whenever the mood was right, would you bury that power deep down and never use it, or would you use it all the time to try and fix the world? Yeah, me too. That is the very proposition that will be faced in Wild Eye Releasing’s new film The Velocipastor.

When A priest travels to China to find his spirituality after a family tragedy. instead of sense of self he is given the ability to turn into a dinosaur. This proves to be a troublesome curse for our hero, until he is convinced to use this power to fight evil, and the occasional ninja.