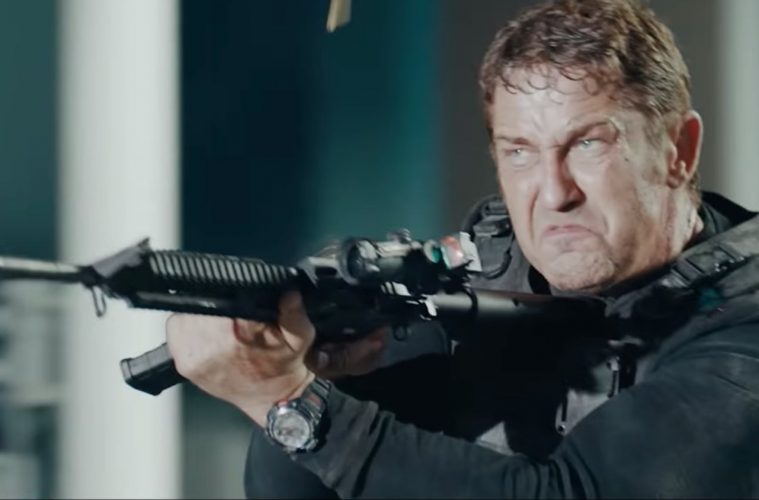 TRAILER: WE GET A FIRST LOOK AT GERARD BUTLER IN ANGEL HAS FALLEN

The first trailer for Angel Has Fallen has dropped. Gerard Butler will reprise his role as Secret Service agent Mike Banning in the film that’s set to hit cinemas in August.

The third installment of the ‘Has Fallen’ franchise sees Banning framed for an attempted assassination of the President. Forced to go on the run, everyone’s favourite head-stabbing hero must clear his name, unravel the conspiracy, and stop another attempt to kill POTUS.

Morgan Freeman and Lance Reddick, who have appeared in previous entries, return once again. Joining the cast in this outing are Danny Huston and Nick Nolte who will appear as Banning’s survivalist father.

Judging from the trailer, Angel Has Fallen looks to have reset the tone of the series after the somewhat divisive excesses of London Has Fallen. There doesn’t appear to be any shortage of action, but some of the jingoism and gratuitous masculinity appears to have been dialed down.

Anyway, check out the trailer and see what you make of it.