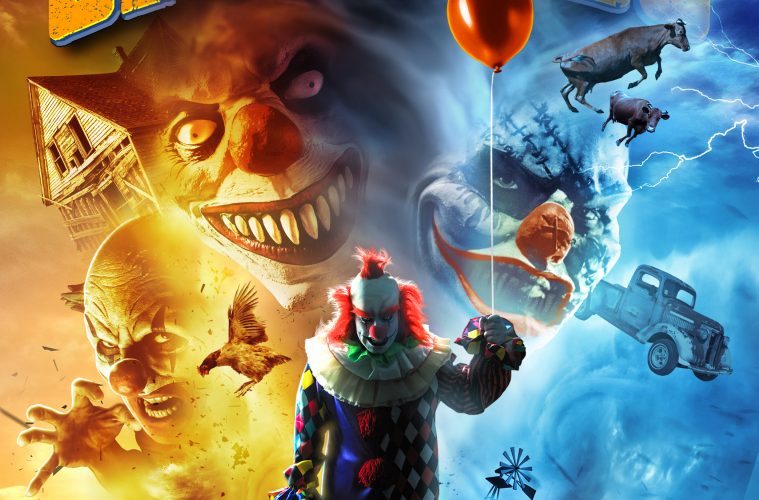 What happens if there is a tornado warning and you are at the circus? You can just go to a safe area and escape the danger. Now what if the tornado you are seeking shelter from is transporting clowns? Not so easy now is it? That nightmare I just explained becomes a reality in the new movie Clownado releasing from Wild Eye Releasing.

A stripper, Elvis impersonator, truck driver, teen runaway, and a dude find themselves in the middle of a supernatural battle when demonic circus clowns use tornadoes to complete a vengeful mission.

Clownado stars Linnea Quigley (Return of the Living Dead) along with Eileen Dietz, Rachel Lagen, John O’Hara, and Joel D. Wynkoop. See how everyone fares against the elements and the supernatural when Clownado releases this summer!