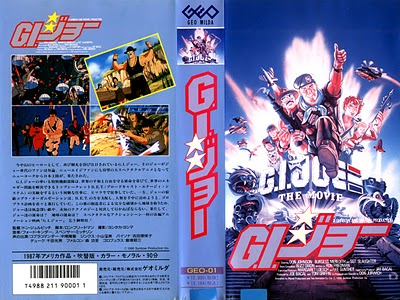 Derek ScarzellaMarch 29, 2011
Movies0 Comments97 views
The toy, the mindset, and the symbolism have been around for generations, and GI Joe’s cultural endurance continues to personify the fighting American ideal. I’m waxing poetic here but like every boy my age, GI Joe The Movie IS unapologetic American jingoism at it’s finest DAMMIT!
In the 80s, G.I Joe was at its zenith. It was right up there with Transformers, Star Wars, and everything else you can think of in terms of influence. More importantly…toys got sold (Oh God…if I had all the money back that I got my granddad to spend on G.I Joe’s I wouldn’t be poor right.)

From that awesome age came G.I. Joe The Movie. It’s animated and it is a tour de force to this very day. The beginning of the movie sums it all up the best. It is so f&*%ing awesome I wish it played every time after I wake up in the morning. I’d be so down to kick a$$ for the rest of the day. It’s one of the best beginnings in cartoon history, and anyone who tells you otherwise is a girl. A cooties filled girl.

After that the movie manages to do what a lot of live-action movies fail to do. It introduces a gaggle of new characters that are actually relevant to the new story without recycling too much from the show. Very tempting, given that there’s a couple thousand characters in the G.I Joe universe to begin with.

This movie is the most kick ass thing about the G. I. Joe franchise, and something I have no guilt about loving to death. It has no downsides. Watch it. Just watch. And for fun, find it on VHS, fire up the VCR, and rock and roll. I know I’ve got my copy ready and waiting for me.
Signed with Big Explosions, Guns, Fast Cars, Speed, Scantily Clad Vixens, and Booze. 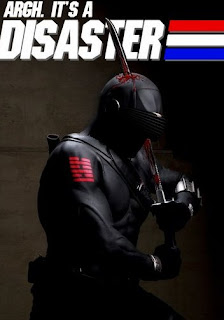