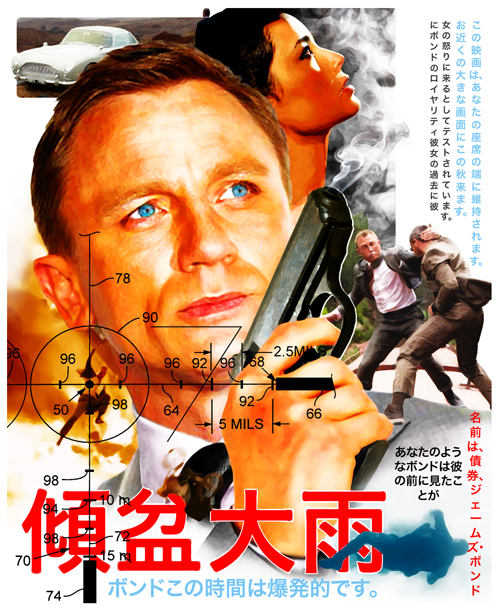 Very few characters in cinema get to come back. Unless it’s something Biblical, a work of Shakespeare, an actual historical figure or Santa Clause odds are the character shows up, has a blast, and then it’s off to the history books. For a generation or two they might be brought up as fond memories from bygone days, but that is it.
Now with that in mind, think of how amazing it is that James Bond has made it through 50 years, 6 different leading men (There’s already whispers of No. 7 cough7cha*Idris Elba*cough), dozens of different leading ladies, many cars, many secret hide outs and the Cold War. Oh, and never mind all the books from Ian Fleming, the creator of everyone’s most favorite secret agent.
The best part? We are still hungry for more.
What makes SKYFALL so special? It dances with Bonds particular tropes and history unlike any Bond before, and is being critically acclaimed from many corners as the best Bond ever (Sir Roger Moore seems to think so….http://www.people.com/people/article/0,,20646505,00.html).
But Roger Moore’s opinions are nothing compared to the judgment of ACTION A GO GO (tee hee) so here we go…the review to end all reviews….of SKYFALL!
THE STORY AND THE PEOPLE WHO GET PAID TO TALK….
Directed by Sam Mendes (AMERICAN BEAUTY (1999) and starring Daniel Craig as the everlasting 007, the movie opens up with a bang. 007 goes on a wild chase through Istanbul after an assassin that has stolen a hard drive with the names of all undercover British agents. When it comes down to the wire M (played by Dame Judi Dench) gives the order to shoot the assassin but Bond is collateral damage after his partner, Eve, misses and shoots him in the shoulder.
Bond survives but is scared by the betrayal and lives a drunken, miserable existence away from his past life. Back home all hell breaks loose as M looses her grip on MI6. An unknown enemy is revealing agent’s identities and getting them killed, all the while slowly tying a noose around M’s neck. That is until Bond comes back into the fold to stop it. But is he still man enough to fight for queen and country or was the best part of him lost after that horrible betrayal?
And it just get’s better from there. This movie get’s down and dirty and takes Bond to places we have never seen on screen. That can work against it at times, but that is for later.
Javier Bardem play’s Silva, the main heavy. Ralph Fiennes plays Gareth Mallory, M’s overseer, and Naomie Harris play’s Eve, the unfortunate agent her takes out one of her own. Ben Whishaw resurrects the role of Q, and Rory Kinnear plays Tanner, M’s trustworthy assistant. Bérénice Marlohe plays Severin, Silva’s main squeeze.
All of the acting in this movie is top notch, with some standing out over others.
WHAT’S ACTION A GO GO…
Quote a few things, actually.
First of all, I need to get this off of my chest. This movie is beautiful. I mean, absolutely amazing to watch. Stunning, glorious shot’s fill the screen and it makes the most mundane parts of the movie absolutely enrapturing. When the movie was in Shanghai I felt like I was watching a modern day BLADE RUNNER (1982) or something. If anything you should go see it for the visuals. Also, the opening is one of the best Bond openings ever. At first I thought there were not enough naked ladies (Bond openings have to have naked ladies or the opening sucks cough*CASINO ROYALE*cough) but SKYFALL’s beginning is intense and visually arresting. 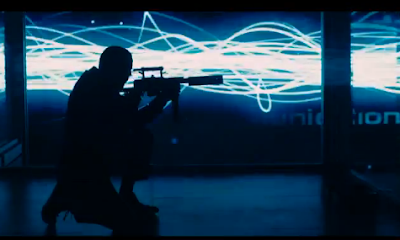 Of course, that visual style has to be attributed to Sam Mendes, director of Best Picture winning AMERICAN BEUATY (1999) and the cinematographers he worked with. He brought the Bond franchise, and action movies, to a new visual level with SKYFALL and for that he should be celebrated once again.
The action throughout is intense. SKYFALL was kept in sync with its direct predecessors CASINO ROYALE (2006) and QUANTUM OF SOLACE (2008). The big crazy stuff was perfectly shot and managed to drop my jaw a couple of time. There are car/motorcycle/train chases, copious gunfights, and wild fisticuffs. It’s a visual riot and stands with the best of the best of the Bond films action wise. 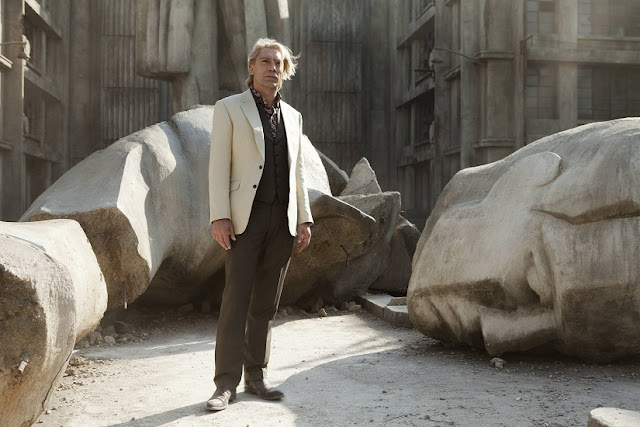 And then there is Javier Bardem as Silva. What Bardem is able to do with this role is simply astonishing and proves that the work he did with the Cohen’s was not some fluke of cinema. His acting brings true terror to this role and manages to create the perfect aniti Bond in the process. Lot’s of people are shouting OSCAR, as they should. Truly, this is an epic performance.
But besides all this the best aspect of the movie is how it play’s with James Bond the character. It’s loaded with visual metaphors that make you think about Bonds place in history and film without thinking at all.
For instance, when Bond is trapped by Silva he is tied to a chair surrounded by computer servers and screens. Bond is surrounded by the machines that have truly made spies obsolete. Silva begins to pick him apart using the tech, and the point is made clear. 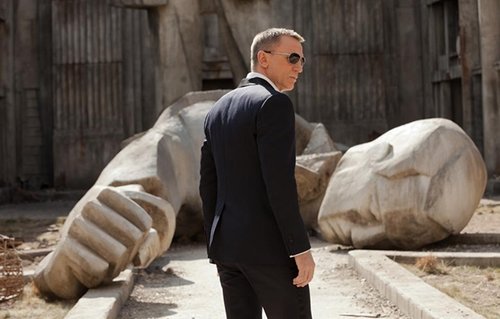 In the same scene, when asked what his hobby is, Bond say’s “Resurrection.”  With that line it’s made clear that SKYFALL, more than any other Bond film, is reaching for the essence of Bond, peeling back the layers and at once disproving his necessity while at the same time reaffirming his existence. It’s a beautiful dance to watch and convinces this viewer that SKYFALL isn’t trying to be an ordinary Bond film but wants to be a piece of art.
WHAT’S ACTION A NO NO….
But all is not well in James Bond land. This movie is dragged down in spaces where it should be surging.
The down and dirty fighting…let me put it this way. James Bourne style was great in CR but managed to play itself out a bit in QOS. In SKYFALL the fighting is intense but overly dramatic and manages to repeat itself, which is something weird to say about an action movie. I hope by the fourth Craig film something changes, but we’ll have to wait and see.
Speaking of repeating itself, while this movie tries to be the most down to earth Bond film it takes itself a bit too seriously at times and stumbles over it’s own feet. For instance, the whole obsolete Bond thing? They Tackled that in GOLDENEYE (1995). As a matter of fact it was Judy Dench who gave the sticks to Brosnan, and to great effect. The whole resurrection thing? YOU ONLY LIVE TWICE (1967) with Sean Connery. While campy, still effective. These aren’t damning accusations, mind you, it’s just that the movie, and to a certain extent the whole Craig era, has been trying a bit too hard to be taken seriously and be seen as original. Well, it can’t be. So there.
Oh…and the ending….it’s a tad long. It stretches out for way too long and on one hand it is understandable. It’s an opportunity to reveal aspects of Bond that have been hidden for decades, but it is so drawn out it starts to work against the rest of the movie. It’s not a deal breaker, but it is definitely bloated.
THE FINAL VERDICT
Where does SKYFALL stand in the halls of the greatest Bond films?
Maybe we need a top 10 list to help decide… JUST KIDDING. I can’t give it the best of the best status. At least not yet. At least not now. Time will have to be SKYFALL’s greatest test.
But this movie is a maximal among the action breed. It is beautiful. It is a statement about what Bond is to cinema. It’s an acting tour de force. It is the swan song of one of the franchises most revered characters, M as played by Judi Dench. And it leaves the door open for more Bond movies to come.
In a very impressive year this movie is near the top.  Do yourself a favor and go see it. Even if you aren’t a fan of the Daniel Craig run, or James Bourne style, you won’t be disappointed. This is top notch stuff, and it deserves to be savored in the theater.
And here are some great posters of James Bond from around the internet…. 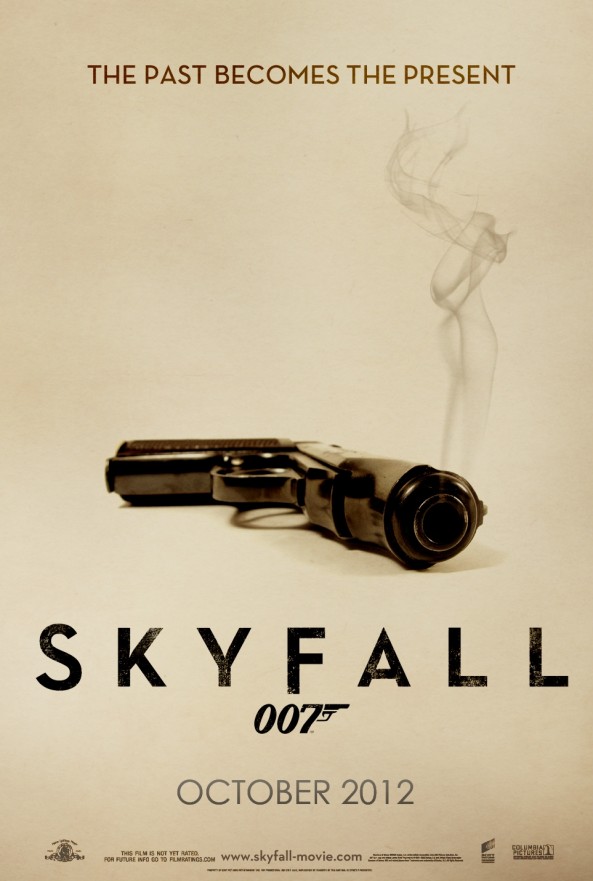 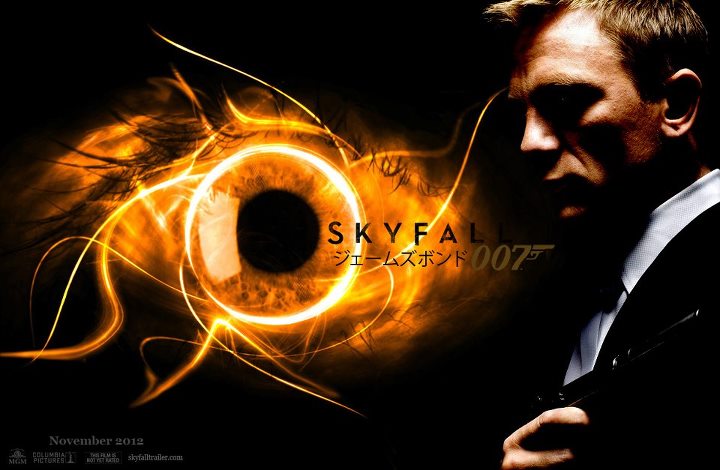 Oh, and just in case you forgot about our little tradition we have around here…if you want to check out the “images” or the latest Bond Girls go here ->: http://actionagogo.blogspot.com/2012/10/top-10-james-bond-car-chases-of-all-time.html
And just to change things up…ladies and gentleman, I present to you DAME JUDI DENCH back in the day. 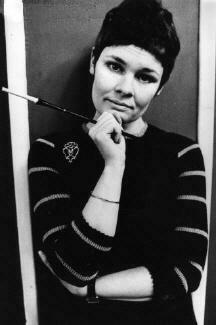 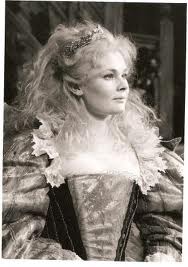 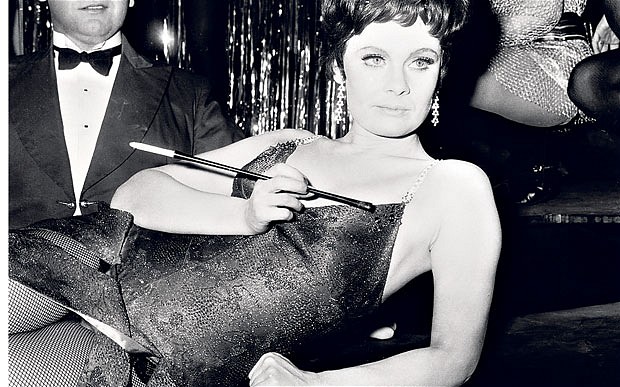 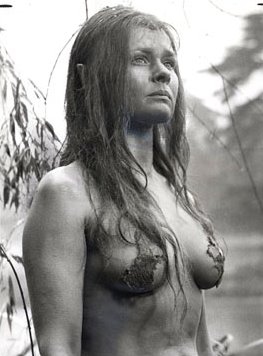 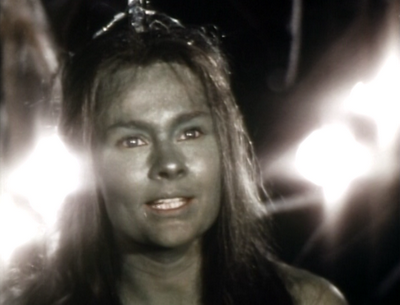 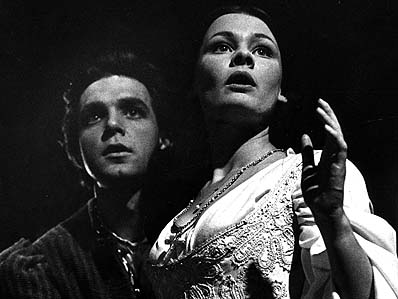