Just how hard is it making the list for the TOP TEN ACTION MOVIES of the year? The image below could give you an idea…

But seriously, it’s time to say good-bye to another year, and highlight the best of the best. It’s been a wild time at ACTION A GO GO, with many changes and even a few arguments over this very list. Never fear though, we worked through it and here we are! Here are the best action movies of 2012!
Some are obvious, some are out of nowhere, and other are simply best of breed.
All of them are white knuckle entertainment that get’s the blood pumping.
We hope you enjoy.
1. AVENGERS 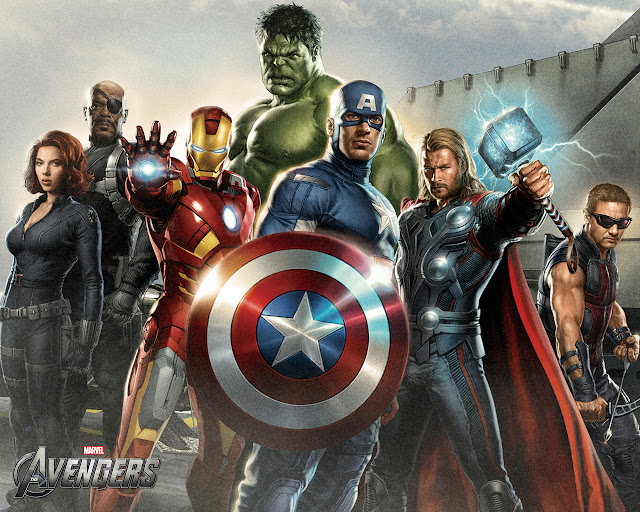 What can we say? In a year of overly-sober blockbusters (Skyfall*cough*Dark Knight Rises*cough*) and incomplete epics (*cough*Prometheus), Marvel’s Avengers said “f— it” and just gave us straight up entertainment.

Ironically, films like Avengers used to be the standard in Hollywood, but judging by the limp theological lessons of Prometheus, the quivering state of 007 in Skyfall, and the preachiness of Dark Knight Rises, Marvel’s superhero gush-a-thon is starting to feel like the exception.
What’s so bad about quip-y protagonists, heroes who take on all challenges, and large scale action? Not a damn thing. And, last time we checked, that was the exact same  formula that gave us John McClane, Han Solo,  James Bond, and anything Arnold Schwarzenegger.
Save your half-assed film theories for indie flicks, guys. We’ll be fine rewatching our unabashed popcorn movie.
2. THE RAID: REDEMPTION 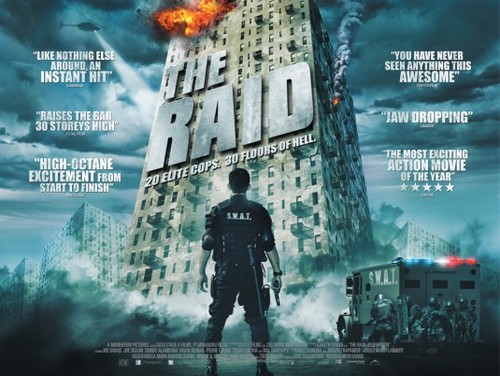 Every once in a while a movie comes in from overseas and shows us Yanks how it’s done. Last year, that movie was 13 ASSASINS. This year it was THE RAID: REDEMPTION.
The stories simple. The police must infiltrate a tower controlled by a crime lord and filled with criminals hiding from the law. When they are discovered, all hell breaks loose. We’re talking crazy martial arts, crazy shoot outs, and knuckle biting scenes of terror all wrapped up in one amazing package. The cherry on top? Ray Sahetapy as Tama, the crime lord who controls the tower. It’s a performance so cool yet terrifying you can’t take your eye’s off him.
The movie’s star Iko Uwais is now the international face of Indonesian action films and director Gareth Evens now has a calling card like no other. Hopefully we will see more of these two because this movie is one for the ages.
3. DJANGO UNCHAINED 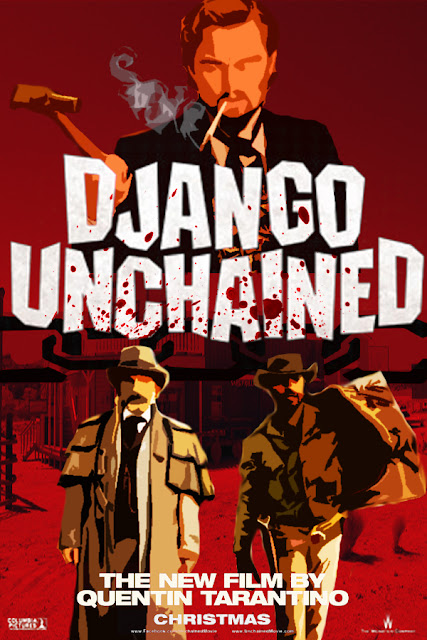 We’re still in the thick of Django’s immediate outing, but lets be honest, who didn’t see this coming? A movie directed by Tarantino, a rogues gallery of top notch acting talent, and new take on the western. Yeah, it was destined to be up here somewhere.
Leonardo DiCaprio and Samuel L. Jackson’s  performances as villains are mesmerizing. The scenery is amazing and the action is quality (as always in a Tarantino film). But, what separates it from so many other movies this year is how the film faces the most disturbing parts of American history with open arms and invites you along for the ride. For that, it makes it on the list for best of the best for 2012 and even more importantly one of the best Tarantino movies ever made.
4. DREDD 3D 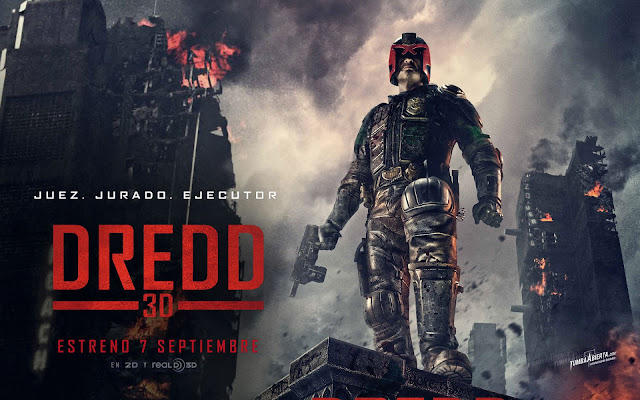 No movie this year delivered on its promise of 3D like Dredd 3D.

Riding the comic book movie craze but wisely clearing its own path, Dredd 3D is one of those rare times that style totally wins out over substance. Whatever the film loses with it’s supermodel-thin plot (apologies to The Raid: Redemption) it makes up for with its ruthless characters and beefy eye-poping action.
It gets bonus points for being the most hardcore movie of the year and earning its hard R rating. Good form.
5. SKYFALL 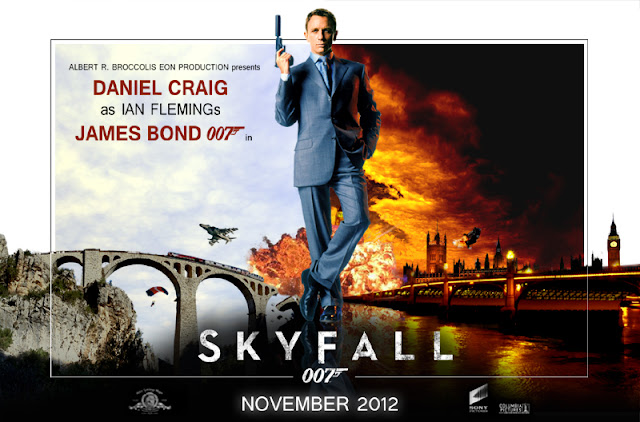 Bare bones, tough, and to the point. That’s what has separated the Craig era of Bond from every other, and SKYFALL sticks to that skill set while adding stunning visuals that make this one of the most beautiful movie’s this guy has ever seen. And that’s as a lover film, not just an action junkie.
In the film there is metaphor after metaphor that explores the meaning of Bond, his own strange popularity, and what makes the character who he is. Then, literally, it goes where no Bond film has gone before. It’s a master work of director Sam Mendes. Oh, and let’s not forget how Javier Bardem steals the show as Silva (the main heavy) and how Judi Dench then steals it right back.
It’s (almost) the best Bond film ever and the only reason it sits at number 5 is because this was a very good year.
(BONUS TRACK: Check out loads of fan made posters for the movie HERE: http://geekynerfherder.blogspot.com/2012/10/movie-poster-art-skyfall-2012.html
6. THE GREY 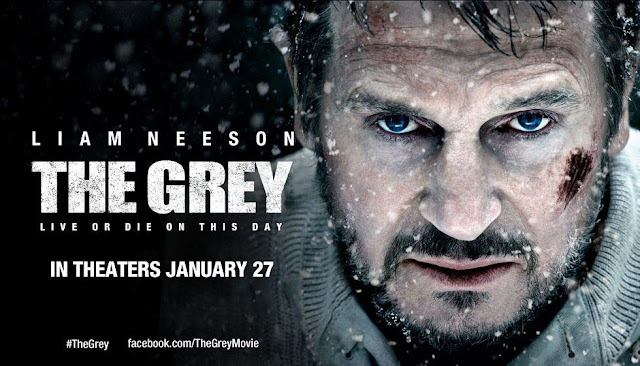 Dismissively calling The Grey “Taken in Alaska” totally undersells what is one of 2012’s most taut, intense thrillers. The Grey takes the “man vs. nature” prototype and uses it as a springboard for classic guy flick territory.
Besides, “Fuck faith…earn it” is one of the hardest one-liners uttered in an action film in years.
7. ACT OF VALOR 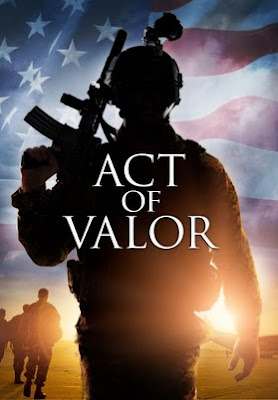 Unlike your average “inspired by events” war flick, Act of Valor uses REAL soldiers from Naval Special Warfare. A fact that is indespensible to the overall enjoyment of the film.

Because of the exclusion of actors, these Navy Seals do deliver some wooden moments of scripted drama, but those scenes are quickly trumped by sequences of true-blue bad-assery.

Directors Scott Waugh and Mike McCoy give the film plenty of polish too, managing to hit every action note with sobering visual abruptness. It allows the fictional aspects of it to be exhilarating but the stark reality of it to feel appropriately frightening.
8. EXPENDABLES 2 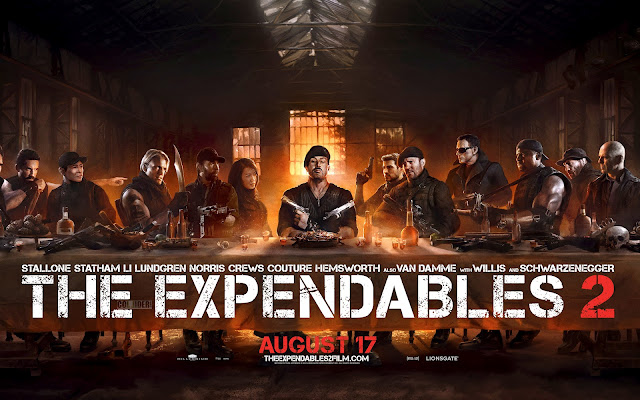 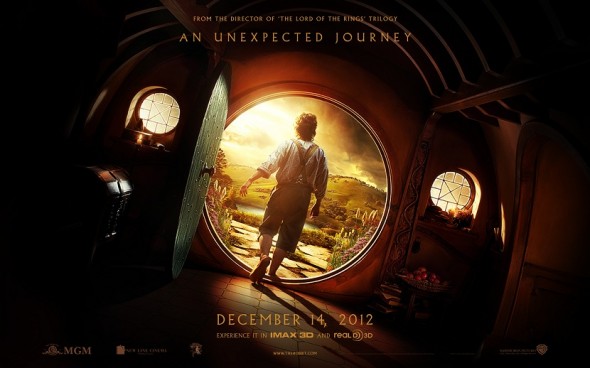 Marked with more critical malarkey thrown at it than any other film this year, THE HOBBIT still stands as  incredibly entertaining . Even more so when you factor in it’s truly groundbreaking gimmick, 48 fps (we won’t get into the details here, but it’s good.)
Beyond that, what is there not to love about this film? Epic scenery, thoughtful storytelling, solid action, magic  monsters, ghosts…come on, what other movie has half the stuff THE HOBBIT did in 2012?
Not one. So forget the haters. Again, this is one for the ages, and we at ACTION A GO GO cannot wait for more.
10. THE DARK KNIGHT RISES 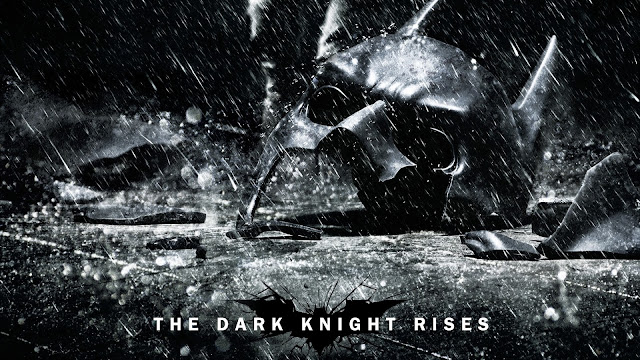 Let me set the record straight: I feel like Christopher Nolan is a great director. That being said, The Dark Knight Rises is his poorest showing to date. It’s bloated, it crumbles under it’s own self- importance, and the only person who seems to get that this should be fun is actress Anne Hathaway. It takes all the things I like least about Nolan’s films and amplifies them. Exposing his love for mopey characters and his inability to choreograph and execute action sequences.
So why is it on this list? Well, like most of the Internet, Action A Go Go is of two minds on TDKR, making me uncomfortable with putting it on the list but forcing me to compromise with Derek. For that reason, it gets the ten spot.
DEREK’S TAKE:
In other news, it’s incredibly well shot, has a great villian in BANE, manages a twist ending, and makes a brave choice and ACTUALLY ENDS THE F—ING STORY  of  a comic book character in a movie. It has weak spot’s, BUT IT STAYS!
HONORABLE MENTION: ZERO DARK THIRTY 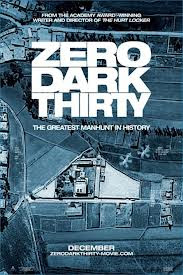 Action A Go Go couldn’t wait to see Zero Dark Thirty. Kathryn Bigelow’s follow up to to The Hurt Locker was destined to be a welcomed balance of real world politics and white-knuckle military action. Sadly however, we’re still waiting.
With a limited release that has prevented the film from coming to our city (ironically enough, the nation’s capitol), we couldn’t catch ZD30 in time for this list.
Yes, we are aware of this thing called the Internet and that on this Internet-thing there are torrents. But we aren’t keen on seeing big movies on the small screen first. It just ain’t right. We’re purists.
So here’s to you Zero Dark Thirty. We’ll catch you in 2013 with all the other jabronies.
AND BEFORE WE FORGET HAPPY NEW YEAR!!!!
Signed with Big Explosions, Guns, Fast Cars, Speed, Scantily Clad Vixens, and Booze.
Sincerely,
Mr. Derek Scarzella and Mr.Troy Allen.