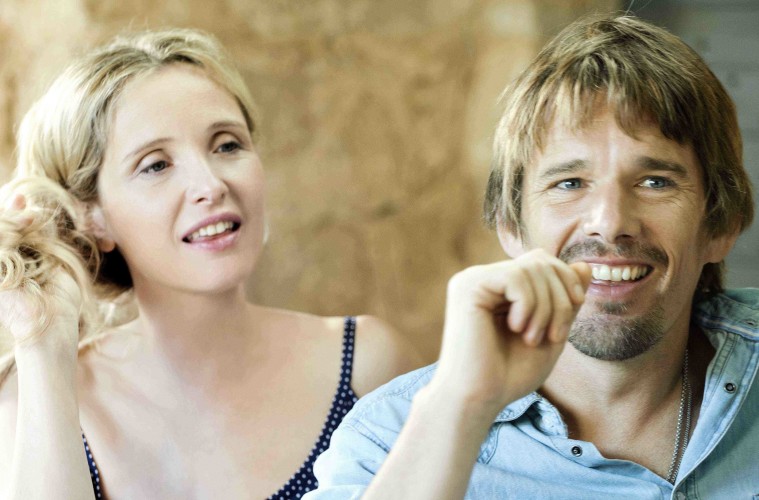 Disc Two: Uncensored Roundtable Discussion with the Minds Behind ’12 Years A Slave,’ ‘Gravity,’ ‘Before Midnight,’ ‘The Monuments Men,’ ‘Enough Said,’ and ‘The Butler’

In case you missed it, last night was the Golden Globes awards. I fell in and out of sleep for most of it, but I did manage to see the tail-end of the ceremony in which 12 Years A Slave took home the “Best Drama” award.

I caught 12 Years A Slave right before the holidays. It’s definitely a sobering, hair-raising journey. That being said, forgive me for openly stating that I’ll be good if I don’t rush to see another “gripping” slavery movie again. I know that each generation deserves a different angle on history but, for me, sitting in the theater watching British actors recreate American atrocities is not something I need to revisit regularly at the Regal. I’ve been down this road quite a few times. I’ve seen Roots, I’ve seen Amistad, I’ve seen Glory…I’m good.

Director Steve McQueen and actor Chiwetel Ejiofor are superb filmmakers (with awesome names) who deserve recognition and respect for their efforts from voters and critics, but (again) forgive me for saying that a movie like 12 Years is not what I go to the movies for. Much in the same way that I don’t go for melodramas about 9/11 or bipoics. In my opinion, it’s a bit perverse to see performances based around real events. Hollywood has mined real life tragedies for awards gold successfully and I understand that some people want that. It’s just not for me.

In the following clip, screenwriters Jonas Cauron (Gravity), Grant Heslov (Monuments Men), Julie Delpy (amusingly, every bit as uncontainable as her character in Before Midnight), George Clooney (double dipping a bit with Gravity and Monuments Men), Nicole Holofcener (director/writer of Enough Said), Danny Strong (The Butler), and John Ridley (writer of 12 Years a Slave) all sit down to discuss the tribulations and triumphs of making an award-worthy drama. As you’ve probably come to expect from Disc Two, this is filled with interesting stuff from interesting people. In particular, Ridley’s comments about adapting the real life accounts of Solomon Northup’s enslavement (and the subsequent blowback from those who want to debunk Northup’s details) are truly revealing.

Oh. And overly-informed pop culture nerds will recognize Heslov from True Lies and Strong from Buffy: The Vampire Slayer. Just pointing that out.