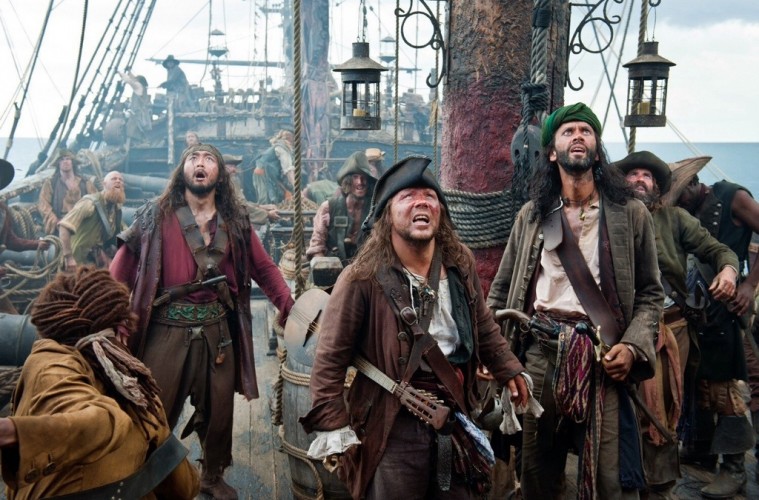 Crafting a film series is an often thankless job. Over the years of disappointments, and soulless studio machinations tacked onto beloved classics, the idea of a sequel is often looked down upon. I recall a particular instance this past summer when Joe Swanberg, writer/director of Drinking Buddies berated Pacific Rim writer Travis Beacham over Twitter for expressing excitement about the possibility of a sequel to his newly released film. Swanberg’s distaste is one echoed by many throughout the film industry and the film watching public. You don’t have to be a cinephile to know: sequels suck. 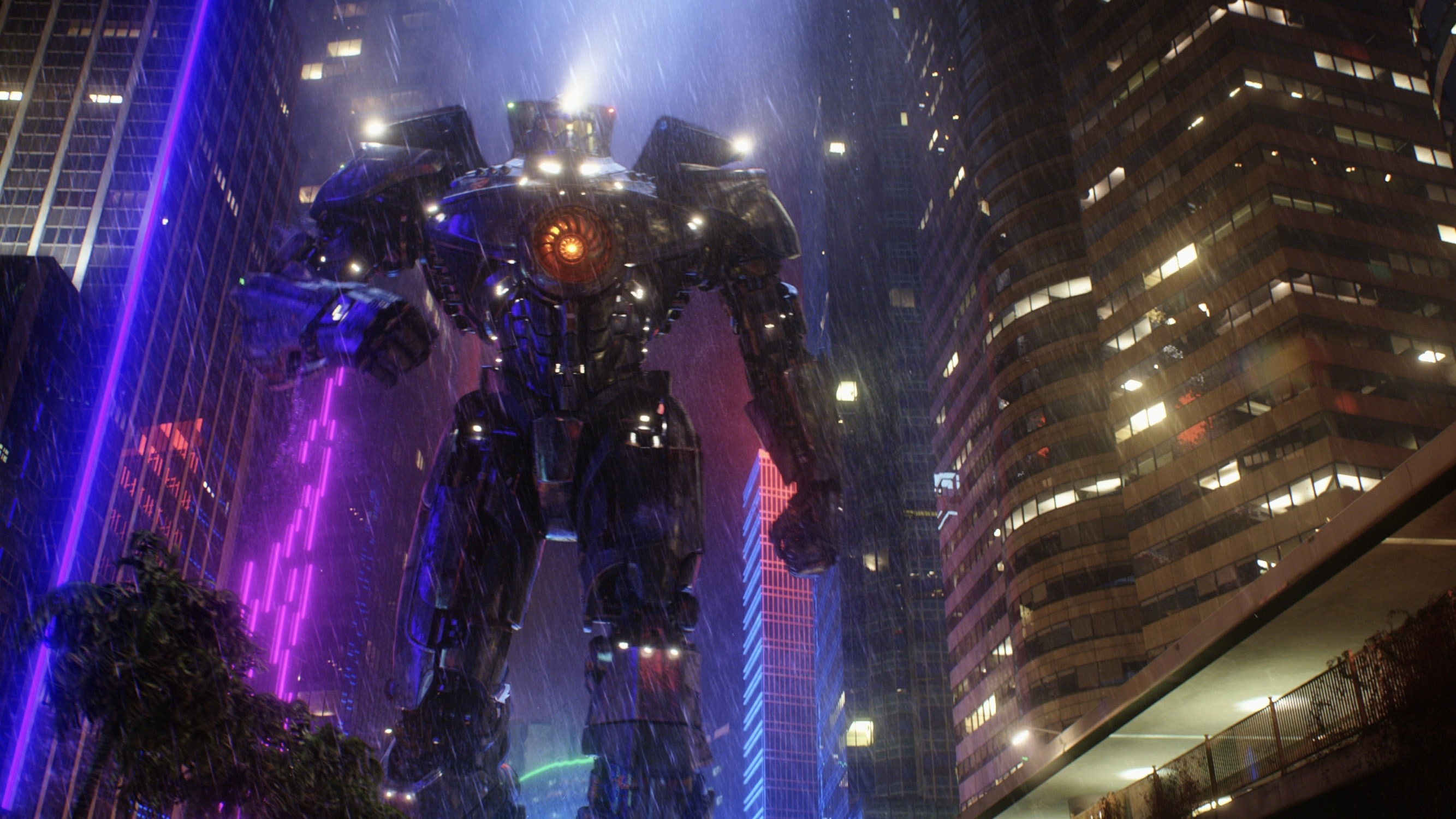 I’ve said it before and I’ll probably say it many times again: I like sequels a lot. A couple years back I recall watching the behind-the-scenes featurettes that came with my copies of The Matrix Reloaded and The Matrix Revolutions, wherein the Wachowski Brothers (or, now, Wachowski Siblings) expressed their personal love for multi-part storytelling. And I remember that resonating a lot in my mind, I could relate entirely to that sentiment. I love multi-part stories. I love characters and adventures that continue beyond the scope of one theatrical sitting. It adds an extra dimension of life to the story, an increased sense of scope and magnitude.

As far as I’m concerned, there is nothing more satisfying in the realm of filmmaking than a truly great and fulfilling sequel. A story that can reach back and bring full-circle a story which, by that point, may be very close to the viewer’s heart. I think that same principle applies for television as well, which could largely speak towards that particular medium’s ever-increasing popularity. Deep down, everybody likes sequels, even if they’ve become embittered toward them, somewhere deep in their heart, I think everybody wants a good sequel to something they love. 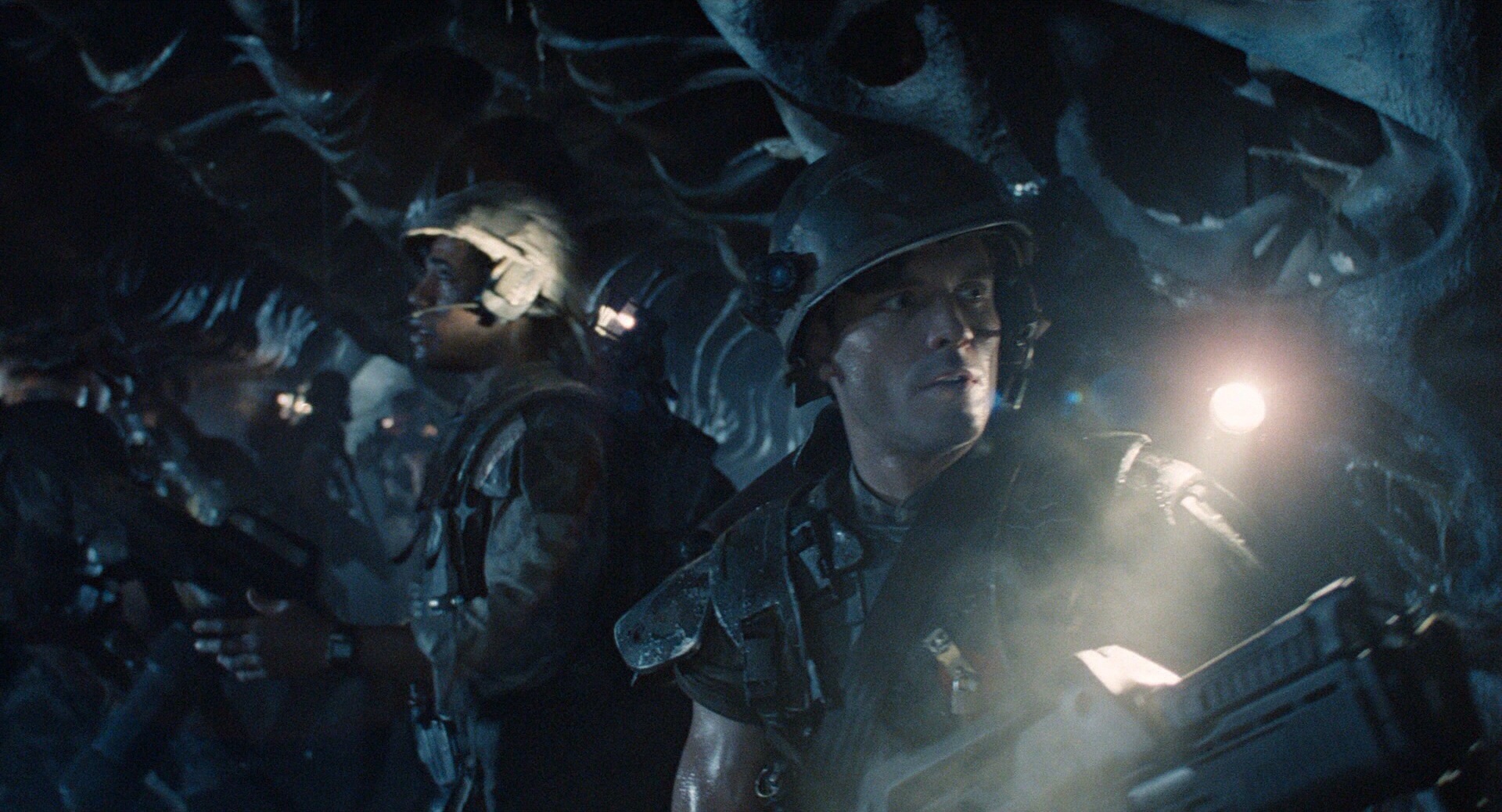 So why do people hate sequels so bad? And is that hatred really deserved?

In recent years, sequels have largely become the result of studio hijacking, turning successful one-off films into mega franchise hopefuls. The original creative teams get dropped or move on and hired guns get brought in to keep the franchise running, turning the series into a creative revolving door until it’s popularity finally fizzles and dies. Horror franchises are the ones that typically get the worst of this habit, constantly turning out cheaper, less effective sequels until even the undiscerning general public has had enough. There have been a few cases where this format has worked to the series benefit; the first three Alien movies were all given unique sparks of freshness through the eyes of different filmmakers. But for the most part, studio-driven sequel making bodes ill as far as quality goes.

But I also think some of the burden for this hate rests on the backs of the audience themselves, though they may not be conscious of it. The most common criticism of sequels is that they “never live up to the original”. You hear professional critics say it, you hear the random movie goer say it. But I would posit that that isn’t the case as consistently as most may think. The reality, from what I can see, is that audiences don’t really know what they want out of a sequel. Quantum of Solace? Too different. The Hangover part II? Too similar. Star Trek Into Darkness? Too much fan service. Alien 3? Didn’t care about the fans. The problem with sequels is that, unlike with original films, they must fulfill very, very narrow criteria in order to please their audience. If you’re going to be a successful sequel, you must either completely recapture the “magic” of the original or go in an entirely different direction and completely defy expectations. Anywhere in the middle, and you’re bound to get swept right under the rug. This unfortunate reality makes it so that a sequel, no matter how competent, is bound to inspire the distaste of a considerable percentage of its audience, and therefor the common rhetoric is that sequels are innately inferior. 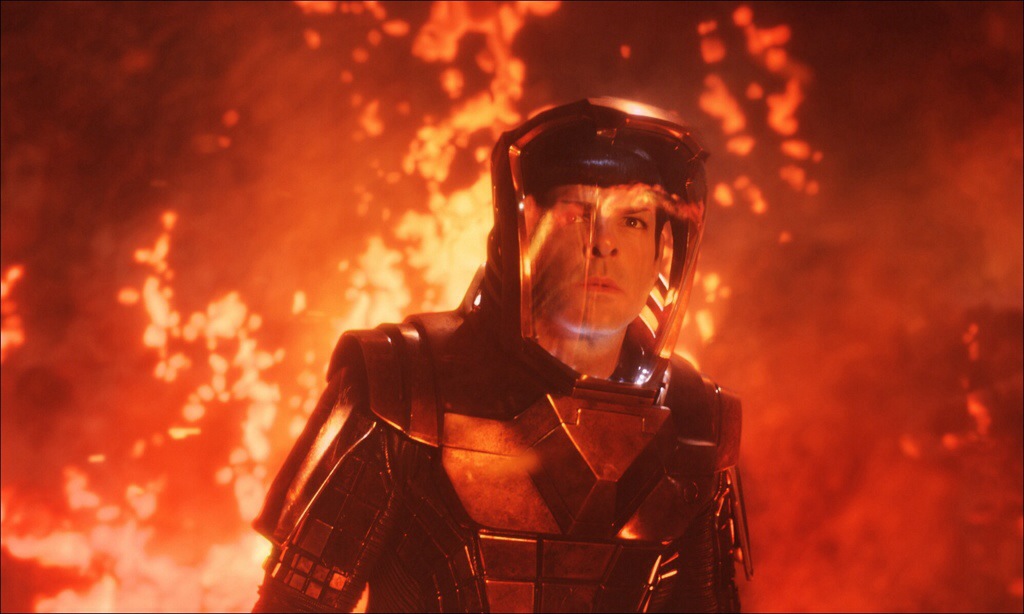 The “problem” with sequels, fundamentally, lies with us, the audience (though that doesn’t excuse the shoddy movies forced into production by their respective studios). It’s us who have strictly preconceived ideas about what a sequel must or mustn’t be when we walk into a theater. There’s a built-in audience scrutiny when it comes to sequels, a scrutiny that original films simply don’t have to endure. It’s that lack of scrutiny that allows audiences to overlook flaws in original films, but get completely stuck on flaws in the later ones. Take the Pirates of the Caribbean franchise, for instance. Besides accusations of the sequels being “confusing”, one of the most common criticisms I hear thrown about is that the sequels were “too cheesy”. The problem with this criticism is that it requires the person who said it, as well as anybody agreeing, to fundamentally misunderstand the series they’re discussing. The original Curse of the Black Pearl was absolutely filled with cheese. Filled to the brim. Melodrama, silly VFX, terrible one-liners. It’s all in there. But to the audience experiencing Black Pearl for the first time, such ridiculousness was acceptable because the film was taking them on a ride they had never been on before. It was a movie about pirates, and it was actually pretty good, which was worth the ticket price in and of itself. By the time Dead Man’s Chest and At World’s End rolled around, they were facing a much different audience. These wacky pirates were no longer doing the trick all on their lonesome, and so the silliness, the ridiculousness lost it’s charm, and the audience wasn’t quite so amused. As a member of that audience, I can speak to my own underwhelmed feelings about the sequels. In my mind they couldn’t hold a candle to the brilliance of the original. 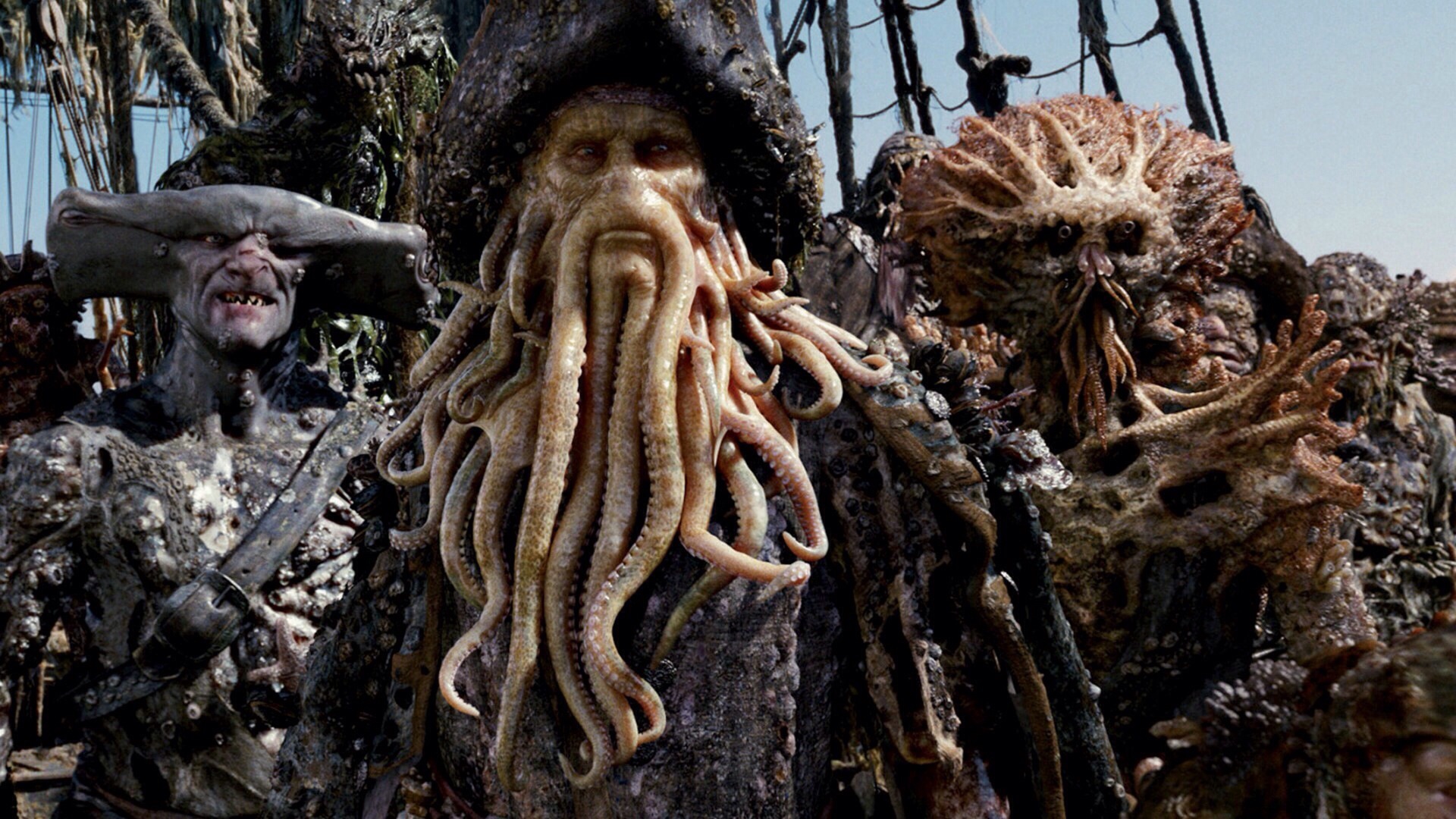 It wasn’t until a couple years later, when I decided to rewatch the entire series, did I realize that Curse of the Black Pearl wasn’t exactly the unimpeachable gem I remembered it being. Not only that, but I realized that the sequels, Dead Man’s Chest in particular, were actually fairly excellent, if not better than the original. A mix of my own delusional memory and ridiculously narrow criteria made me unable to judge the sequels on their own merit. I held them to a standard that even the first film couldn’t achieve (although the nostalgia augmented version of Black Pearl that was in my head passed with flying colors). Now Pirates isn’t everybody’s thing, I know that. But this same principle can be applied to plenty of other series: The Matrix Trilogy, the Alien movies, the Indiana Jones franchise. Sure, the Matrix sequels still weren’t as good as the first film, even on rewatch. But they weren’t that bad, and frankly, the original wasn’t that that good, if I’m being honest with myself (The Matrix is a feat of technical genius, and there’s nothing wrong with that).

I’ve come to dub this particular problem the “Sucky Sequel Syndrome”. Wherein we, the audience members, take knee jerk reactions to movies and blow them out of proportion. A movie impressed us so we refuse to see the bad in it. The sequel didn’t quite stack up to our perception of the original, so we refuse to see the good in it. In all of the community, be it filmmakers or film enthusiasts, I can think of no negative social tend more pervasive than this one. Because of this, perfectly decent films will continue to get thrown under the bus for no reason beyond their being sequels.

And so, we get to the point; In a futile attempt to counteract some of the overwhelming hate on the internet about “crappy sequels”, for the next couple of weeks (four, unless things change), I’m gonna use my Viewfinder column to kick off a series of articles celebrating some great examples of multi-part storytelling. A Sequelbration!, if you will. Each Friday I’ll take a look at different series of films that I feel successfully crafted a long-form story, over one sequel or more, in a commendable and satisfying manner.

First up on the list for next Friday’s article, an obvious choice: Christopher Nolan’s The Dark Knight Trilogy 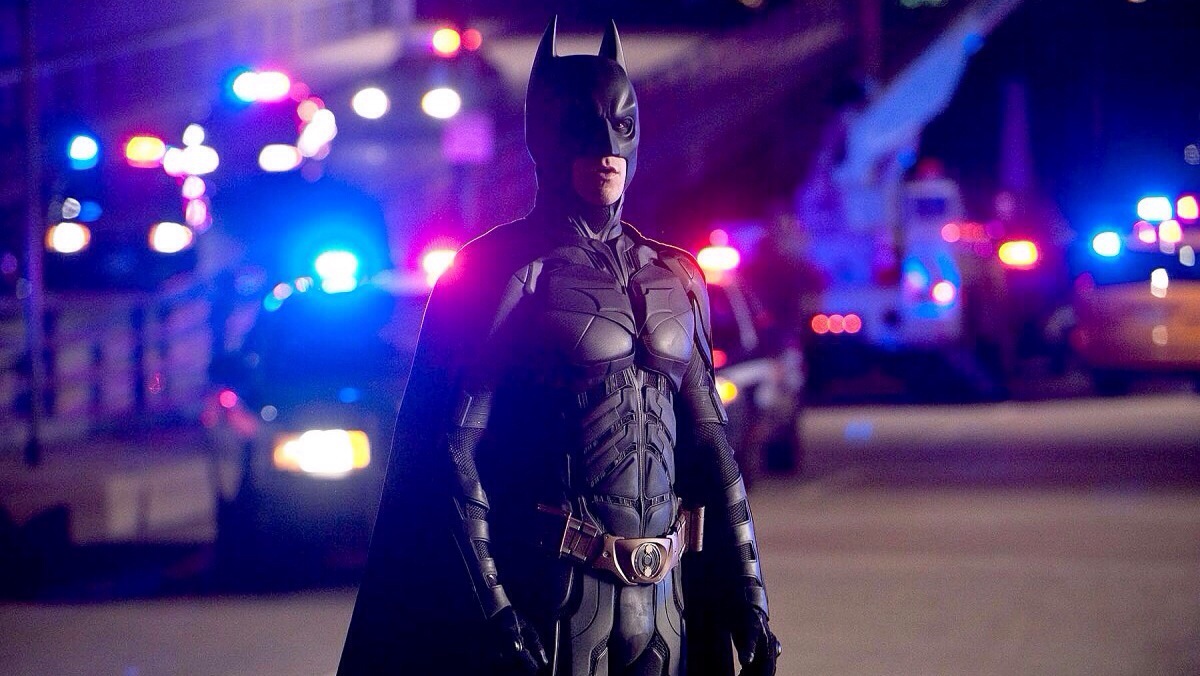