Why Did I Watch This?: ‘Crippled Masters’

I’ve actually been searching for Crippled Masters since I first heard of it nearly 15 years ago.  The concept is absolutely mesmerizing: A man with no legs and a man with no arms team-up to fight the evil kung fu master who disfigured them. 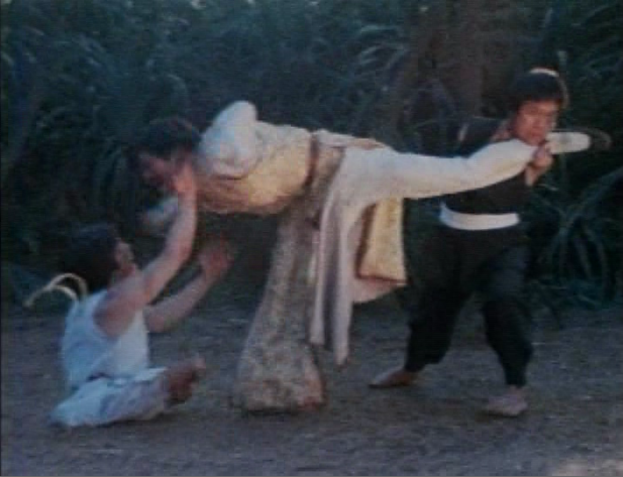 Recently, I finally found it on Amazon for…LESS THAN FOUR BUCKS!

Off of an English-dubbed DVD that I was playing while riding the bus.

Crippled Masters is the tale of an evil kung fu master who apparently has a thing for cutting off the limbs of people who cross him. I am not quite sure what anyone did to piss him off, but the movie opens with a severed arm landing on the ground as a soon-to-be Armless Master (Frankie Shum) is tortured for an unnamed crime.

The movie follows him for a few scenes as he suffers a few indignities as a result of his new disability before cutting to Evil Master pouring acid all over the soon-to-be Legless Master (Jackie Conn).  Eventually the two disadvantaged victims meet up, befriend an old kung fu expert, and learn to kick ass and take names as a team. 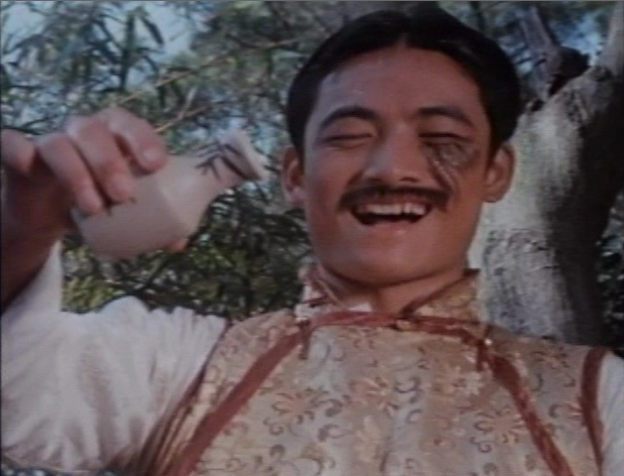 For such a short film, it takes quite a few detours including an extended subplot about a coffin maker, the theft of some jade horses, a kung fu master with questionable allegiance, and two thinly characterized henchmen named Black and White.

Despite all that, the heart of the movie is definitely watching our limbless heroes overcome their disabilities in both everyday activities as well as intense martial art stunts. Wire fu is sparsely used, making Conn and Shum’s abilities all the more thrilling. 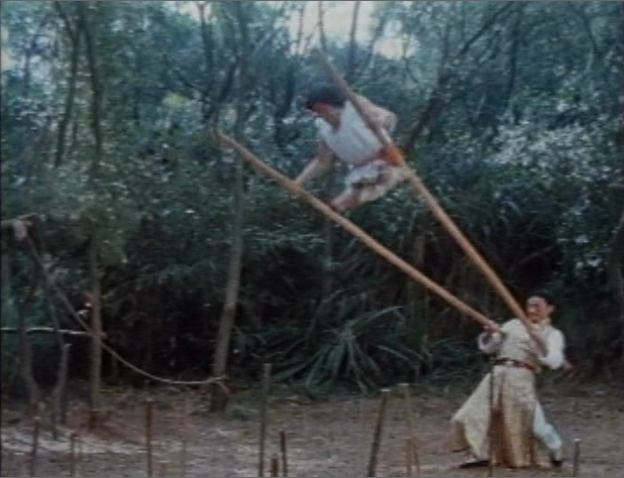 Like many other kung fu movies there are a few issues that can either be attributed to amateurish filmmaking or the uninspired dubbing for English audiences.  For one, there is an inappropriate cartoonish theme playing complete with slide whistle when Armless Master first gets ridiculed. Awkwardly, it implies that his depressing misfortunes should be played for laughs.  Secondly, Evil Master has a large hump on his back that inexplicably makes a metallic clang everytime someone hits it.  Sometimes it feels like the occasional scene or explanation is missing.  If you’re familiar with old school kung fu, you’ll know the list goes on.

The money shot comes in the last minute and a half when Legless Master puts on a rig to strap himself to Armless Master’s back and they get all Voltron on the bad guy. They only fight like this for an upsettingly short period of time, but this particular scene is obviously why anyone would watch a movie about a guy with no arms and a guy with no legs teaming up to fight people.

It’s not quite the Shaw Brothers (you would have to see the previous year’s Crippled Avengers for that), but there is some neat and unique fight choreography in Crippled Masters. Armless Master especially can do some pretty impressive things with his left arm stump and a bo staff.  Legless Master tends to roll around a lot on the ground, which works as an evasive maneuver, but isn’t all that remarkable to look at. 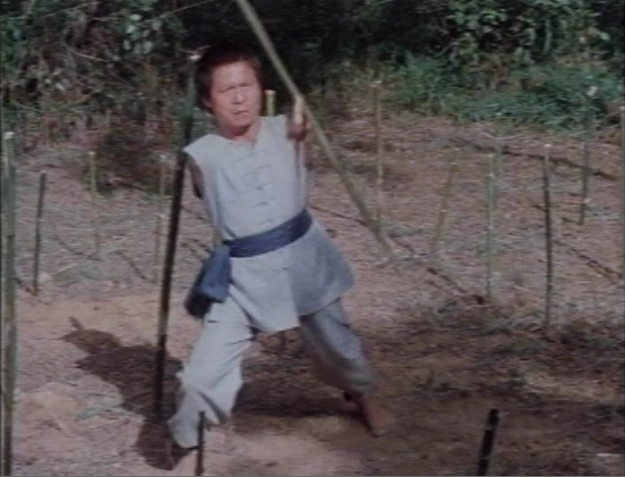 This movie hits its full exploitation threshold pretty early on. Just in the first fifteen minutes a man gets his arms chopped off and is left to die, is taunted with a piece of chicken by a tea shop owner, gets brutally beaten, is found in a coffin and brutally beaten again, slips into a river and almost drowns, is chased off from eating discarded rice by a dog, and is finally discovered laying in pig shit eating out of a trough.

Likewise, the plot is especially inconsequential, even for an old school kung fu movie.  They never even explain what Armless Master did to earn Evil Master’s wrath. The only explanation for Legless Master’s misfortune is that he “knew too much”…which begs the question of why they would burn his legs with acid instead of killing him (or cutting out his tongue maybe).

Even worse, the fact that nearly none of the characters have names doesn’t make it much easier to follow. 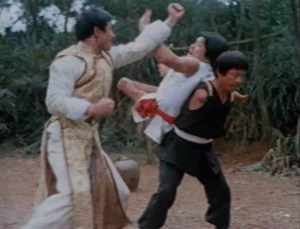 While not a classic by any means, Crippled Masters is definitely a fairly solid chop-socky flick. The main takeaway from this one is that the film is nearly as gruesome as you would guess, but much like Tod Browning’s Freaks this film gets extra points for at least attempting to capture the struggle of doing something as simple as pouring one’s self tea without arms.

It might be an exploitative genre, but Kei Law’s Crippled Masters succeeds in being at least a bit fascinating. If anything, it made me more interested in the films of disabled martial artists Frankie Shum and Jackie Conn. Unfortunately, they only made four movies each, but my research also shows that 1980’s Crippled Heroes (supposedly the next in the series) has a chimpanzee in it!