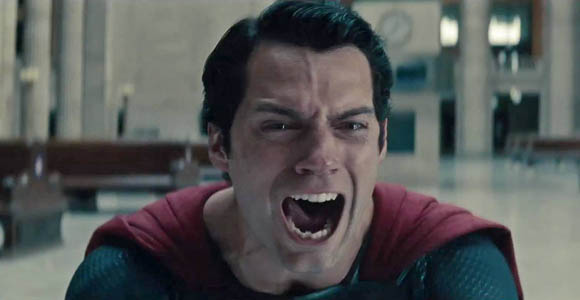 It is truly a testament to human will that you can still buy superhero comic books every week from local purveyors or directly via your tablet or computer, because comic books as an industry almost went out of business  several times. If not for the diligence, sacrifice, and persistence of individuals who wanted to see these characters’ adventures continue, we would lump them in with lawn darts and strap-on metal roller skates, curiosities of a bygone era surpassed by more enticing forms of entertainment available today. To a point, comic books exist because people truly and genuinely love them, which would not be immediately evident to anyone who stumbles upon many of the comics-centered websites around the web.

If the internet is a repository for shitty opinions, then the comic book internet is the odiferous anal cavity from which the worst and chunkiest vitriol spews. You’ll never see a more jaded bunch outside of the audience for a New York City hip-hop show.  There isn’t a story or event that won’t be dismissed immediately upon its announcement as derivative and tired. No characters are being written correctly, no relationships ring as true as those found in decades-old books. Many of these opinions are based on publisher announcements and previews, which are outlines and five-page teasers of comics that were once available only to those ordering comics for their respective shops. That the average reader is now privy to the sausage-making process is probably the biggest part of the problem. As a kid, I’d usually find out a comic had been cancelled when it simply stopped showing up at the local comic store or newsstand.  Now, we often know months in advance when a book will end, which naturally diminishes our enthusiasm for a book in the present.

Superhero comics are an endless source of spite and entitlement for the seasoned comic book hobbyist, and the internet is the effusive font from which his or her displeasure gushes. Superheroes are an unusual by-product of the comic book industry, having persisted for decades despite the fact that they are actually ludicrous. For consecutive decades, they have been tailored to appeal to twelve year-old boys, and later to appeal to grown men with proclivities of twelve year-old boys, and no iteration can ever be as pure as that which was first discovered by a comic book fan. You can always tell when someone has outgrown superhero comics but refuses to leave the party, because they pitch the worst ideas for comic books since Marville. “How about a comic where the Justice League hangs out at some dive bar and chit-chats about past adventures?” Friend, what you want cannot and should not really be found in comic books, they being twenty-some odd pages wedged in between ads for video games and sugary snacks. What you actually want to read is called a novel. There are lots of novels out there where people engage in pithy dialogues, give one a shot! Let the muscle-bound tights contingent punch their tanks and you move on to better things, for crying out loud.

There’s a tendency to absorb these superhero characters into our culture, to allow their stories to define aspects of ourselves. We’ve been living with many of them for seventy-plus years, so it’s not entirely unwarranted. But Batman is no more a force for justice than Coca-Cola. These are corporate properties that have been sustained in order to line the pockets of people who wouldn’t cross the street to piss on you if you were on fire. So let’s not get it twisted. Comic books are a fun distraction, something you can blast through while riding public transit or during an extended bathroom break. There’s no right or wrong way to make ‘em. Superheroes are not a natural outgrowth of the comics medium, they are an anomaly. You’re no more entitled to have them made your way than you are to get lobster thermidor at Burger King.