Designed to only be a complete 8 episode story arc, Agent Carter managed to feel satisfying and refreshing.

Agent Carter is very much a direct sequel to Captain America: The First Avenger. Set one year after the war and Captain America’s disappearance, the 8 episode series followed the eponymous character while her old friend Howard Stark is being hunted for treason by the SSR.

The character development on the show was really on point. All the major players had their time to shine, while all along remaining in the spotlight. We saw character evolution on many fronts while other’s remained staunchly consistent. It was interesting to see perspectives change in regard to Peggy as her male co-workers came to realize that she was far more formidable than they were willing to acknowledge. So much so that it put her on a path to consistently dupe them for weeks. When they finally realized Peggy’s involvement they couldn’t even be  certain exactly what to believe. Agent Sousa’s view of her went from someone he wanted to protect and side with to someone he saw as dangerous, working against the entire SSR. Then there was Agent Thompson who  doubted her abilities until he saw the respect she earned and what she could really do in their time in Russia. That made him the most cautious about what was going on with Peggy when the charges were brought against her, but also the one who most ardently recognized how dangerous she was. It was these sort of changes that developed and played out naturally over the course of the show that not only informed their characters, but Peggy’s world. 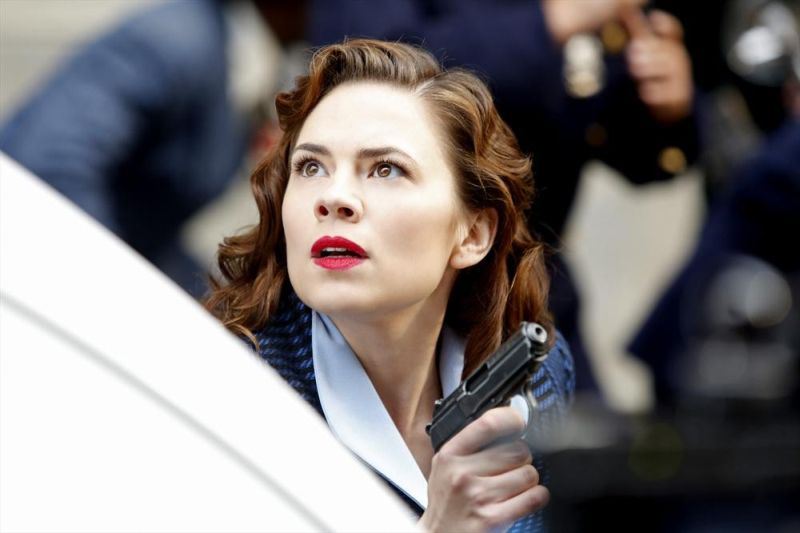 In a category of his own is Jarvis, the butler to Howard Stark. James D’Arcy was fantastic in the role, bringing his character to life. His reluctance to get his hands too dirty while still remaining devoted to Howard Stark was a well-played balance. Jarvis proved to have a strong moral code and while he wasn’t someone who changed much over the course of the show, his highlight was truly the relationship he had with Peggy. The two were best when they were paired together. His ability to assist her was often played well as he was often in over his head. Over the course of the season, he came to value his friendship with Carter, going so far as to return the vial of Steve Rogers’s blood to her under Howard’s nose. The only major downside that came with his character was how frequently he was brushed to the side in episodes during the middle to end of the season. The Jarvis lite episodes always left me wanting a bit more from him. 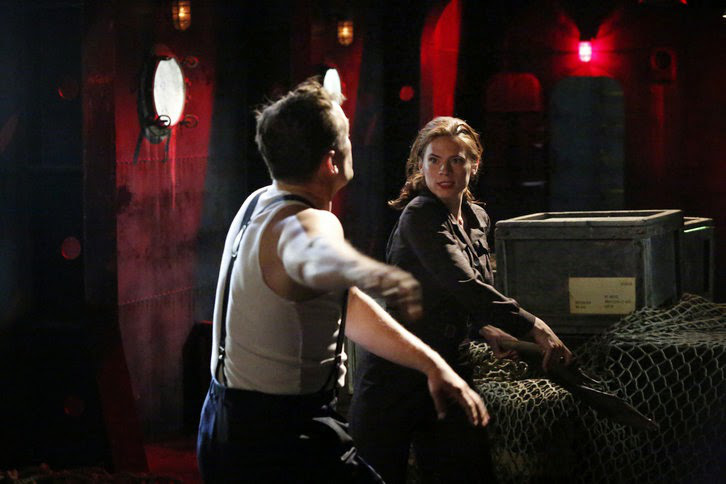 That said, Jarvis was left out in the episodes in favor of have a tight season, which I respect immensely. Part of the reason I enjoyed Agent Carter so much is because there was no lag in the episodes. Events move at a brisk pace not allowing the show to stagnate and wallow at all. This meant that on a normal show where you’d get asides from other characters, there wasn’t anything added to this show that didn’t further the plot. Angie talking about her acting lessons was a set up to her showing her acting chops to help Peggy out. Peggy and Jarvis backtracking all of Stark’s former conquests helped set up the scenario where Howard didn’t even recognize Dottie, one of the key villains, when he was captured. Small moments informed larger moments later. However, what was truly gratifying is that generally these scenes also informed the current story for the episode as well as the entire arc. You could see how much planning went into Agent Carter and it was effective. 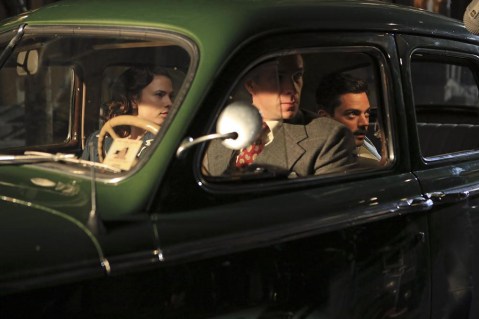 Another aspect that Agent Carter did really well was further inform the Marvel Cinematic Universe. Set in 1945, much of what happened in the series didn’t have a major impact on the universe. That however, didn’t mean that it didn’t seed and inform us more about the universe as a whole. One of the biggest things that the show introduced came along with Dottie, a trained Russian assassin. From the time she was little, she was groomed to be deadly and to fly under the radar, ensuring that no one would assume she was the assailant. Then again in 1945, just like with Peggy’s personal struggles with acceptance, it is more than believable. The reveal that Dottie was one of the women trained through the Black Widow program was an interesting angle. While it wasn’t said in name it was very clear that this was an early version of what Natasha Romanov the current Black Widow went through. The introduction of Dr. Faustus as Ivchenko then Fenhoff was another nice touch to the show. We don’t know where they may go with him in the future, but the fact that we’ve established that he exists in the MCU opens other doors.

Check out the Agent Carter gallery here. What did you think of the season?

Ashley on WordPress |  Action A Go Go on Twitter and Instagram | Be sure to leave your thoughts in the comments section!

About Ashley Dominique: When you grow up loving and obsessing over magic and everything supernatural, it’s not a far fetched idea for a Science Fiction/ Fantasy writer to emerge. One Film Studies degree later and you can find Ashley furiously writing at any chance she can get. She is particularly fond of Doctor Who, Harry Potter, and her flavor of the week. In what little free time she has, you’d probably find working on her novels, reviewing TV and movies, or playing video games. You can read more of her reviews at soipondered.wordpress.com.