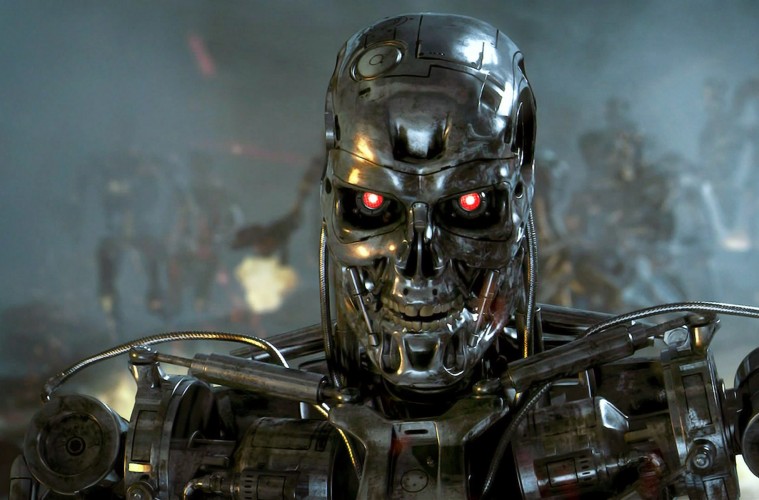 Terminator: Genisys recently hit the screen and … it didn’t do all that well (at least domestically).

Why, you might ask? Was it the fact that they completely blew the biggest plot twist of the movie in the trailers? Was it the fresh faced cast? Or was it just plain old stiff competition at the box office? These are questions that needed answering and we at ACTION A GO GO put our heads together, thought really hard, drew schematics, did some calculus, and came to the conclusion that it was because…Michael Bay didn’t get his hands on the damn movie. 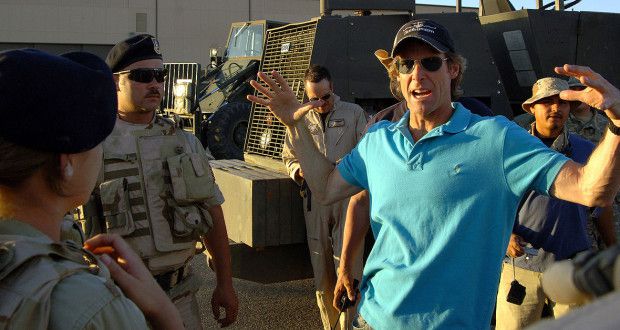 Crazy idea? Maybe. Risky? For sure. But by the time you’re done reading this list you will be begging — BEGGING for Bay to take a swing at this franchise.

So buckle up boys and girls. Here comes the Top 10 Reasons why Michael Bay should direct the next Terminator film!

10. It will have Shia LaBeouf as John Connor

Ok … just roll with this one. Shia LaBeouf has had one of the most insane roller coaster career rides — from top of the world stardom to “seriously wtf is wrong with him.” But only someone of his bats*** levels of crazy could embody the John Connor persona.

If that doesn’t convince you to go back in time and defy the laws of physics, nature, and common sense nothing will.

9. It’ll be packed to the gills with racism.

Let’s be honest, the portrayal of Arnold in the Terminator films is that of a stereotypical foreign “other” invading and ruining the U.S. From the perspective of the 1980s audience that first experienced the original Terminator, this gives the character an actual Übermensch vibe that subconsciously brings to mind fears of Nazi victory/superiority during World War II without addressing them directly. So it’s a total stereotype of European supermen. As we all know, stereotypes = racism.

And no one does onscreen racism/stereotypes like Michael Bay. I mean, he pushes stereotypes so far that he elevates it to an art form. Check out the myriad of examples below. I can’t wait to see what CIS gender ignorance he brings to this masterpiece!

8. It will be packed to the gills with sexism.

As for sexism? Good God, when does Bay not have female characters that get big miserable F- / 0 out of 100 marks on the Bechdel Test? Like, he is so bad at the Bechdel test he is the kid that draws butts shooting fart clouds instead of actually trying to answer the questions.

Don’t believe me? Roll the tape. (Yes, I know it is the same tape. But if a video works, it works. Skip to minute 3:50 for the sexist stuff)

I mean, every man in the theatre will be awkwardly shifting in their seats while this awesomely beautiful mom/robot appears on the screen.

This woman, carved out of marble by men who don’t know what real woman look like, will make things like “answering the phone” or “walking” life-defining moments for teenage boys everywhere. She will also be remembered as “The hottest Sarah Connor ever” even though that is totally missing the point of the character. Don’t believe me? Once again, roll that beautiful Bay footage …

If it is one thing Bay is good at, it’s car chases. And car explosions. All in all, he is the bane of cars everywhere. Just check out this classic scene from Bad Boys II as proof. (NSFW language in video.)

5. True actors will appear in this film and their talent will be utterly wasted

I mean, true thespians will be in this movie. Oscar winners. People who have been honing their craft for decades to create lifelike characters on screen and stage that help us understand the toil, torment, and highest ecstasy of the human condition. And they will be reduced to the lowest common dominator.

Prime example: John Tutturo is a great actor that has worked with some of the best directors in Hollywood. How does Bay use this remarkable talent?

On one hand, it is a shame. On the other hand, I love watching people that are much more talented/wealthy than I am get wizzed on by a 25 ft war machine.

Because we are American, and that is what we do! Below are just a few pictures from memorable Bay invasions of smaller, lesser nations that are not the U.S. of A.

Here is what Michael Bay did to China: 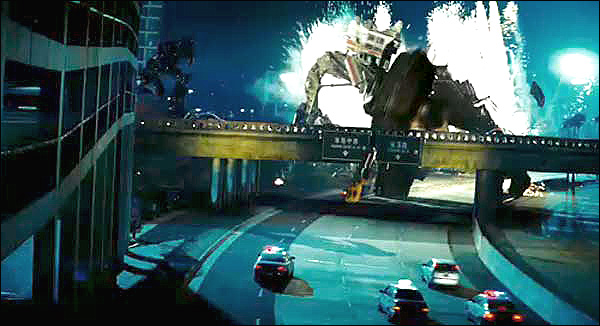 This is what Michael Bay did to Cuba: 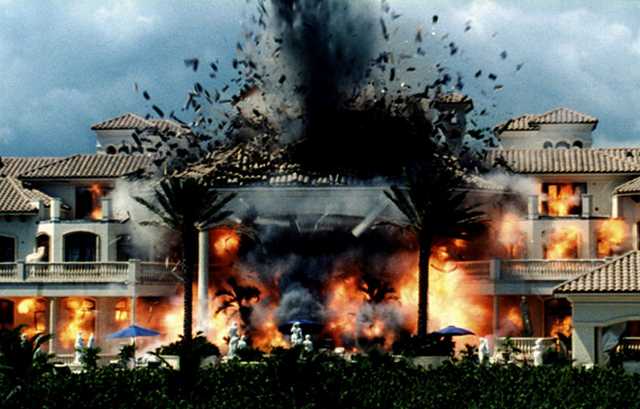 This is what Michael Bay did to Egypt: 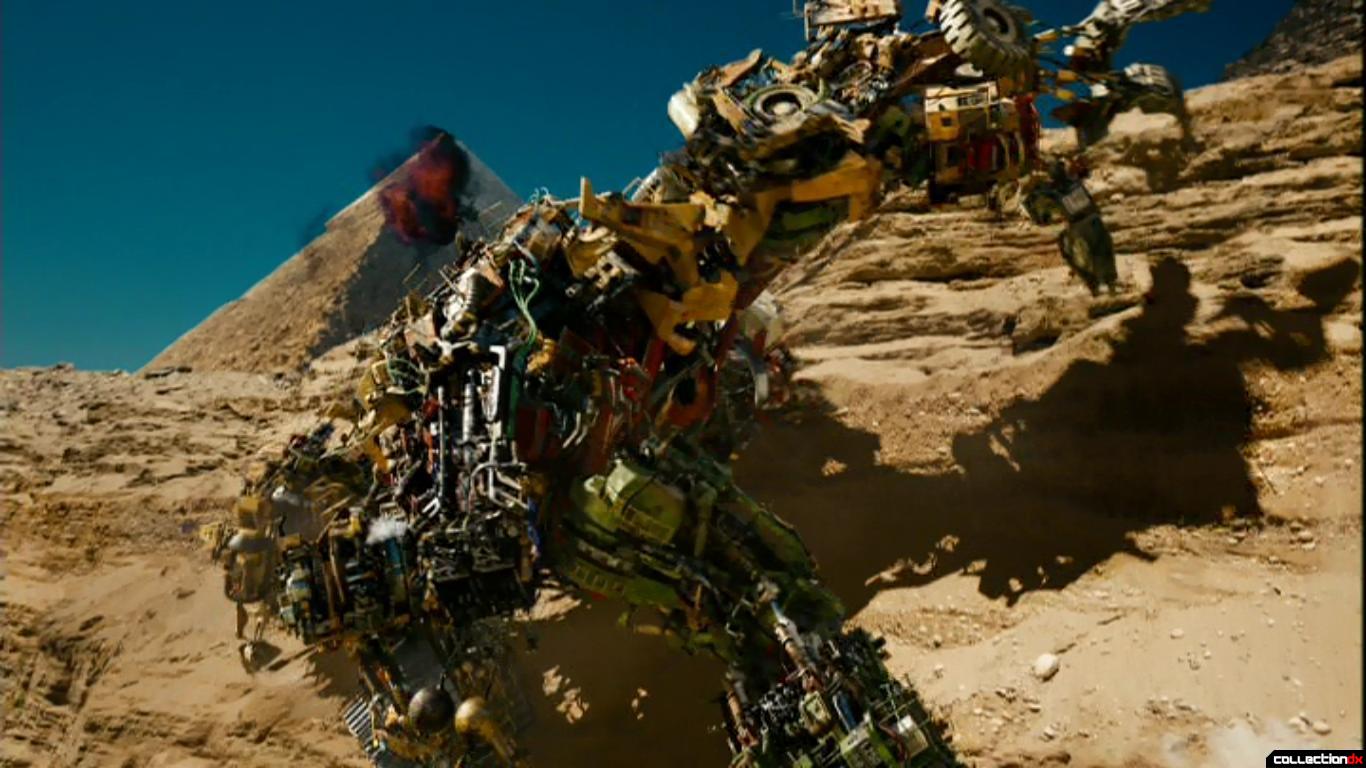 Oh yeah. That’s a robot with testicles about to climb the pyramids. Bay’s madness (or genius?) knows no limits.

3. Will Smith and Martin Lawrence could team up with the Terminator, because why the hell not?

The trio of Smith, Lawrence, and Bay arguably did some of their best work together. Why not make the magic happen again? The original Bad Boys was a breakthrough in Hollywood — having two black actors as the stars. The second was a bloated/wild/exhilarating mess that epitomized everything that was right/wrong with 2000’s era action movies but, more importantly, gave us one of the greatest memes of all time. That’s right. I’m talking about …

Let’s get them together to do it again.

We will not have seen levels of robot destruction this chaotic and beautiful since the last Transformers film came out. I mean, it might just be one 90 minute cut of robots getting blown up. Hold on, I have to calm down. I’m getting way too excited.

Don’t believe me? Check out the robot destruction below and just picture all of the robots asking each other “Sarah Connor?” before blowing each other up.

1. He will have worked with Arnold Schwarzenegger. And the ACTION CIRCLE WILL BE COMPLETE! 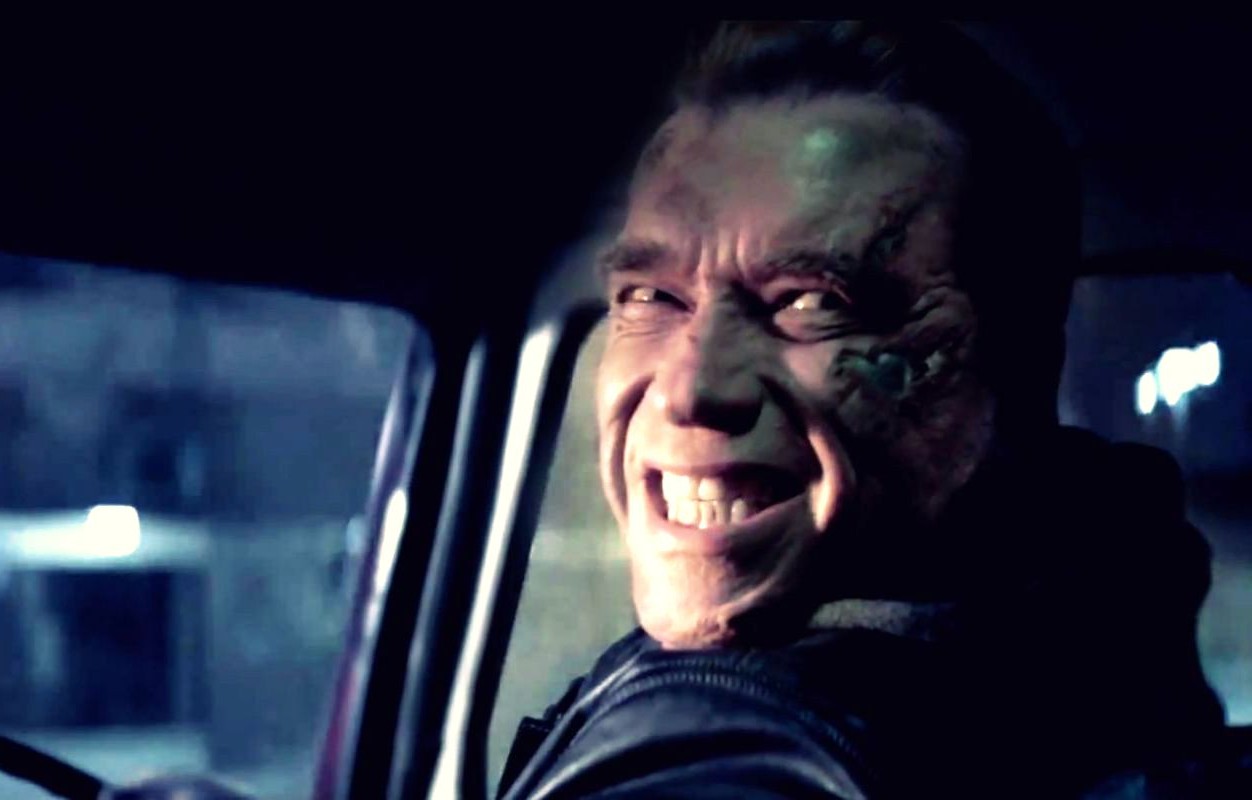 Arnold is our hero, and he should be yours too.  But I cannot even imagine the likes of Schwarzenegger and Bay getting together and making a movie. The earth might just crack in two under the immense pressure. The natural order of things will be undone. Babies will be born with perfect biceps. Drug dealers across the nation will be arrested by their children’s kindergarten teachers. We will all be safe from the robots. Expendables 4 will be made and it will actually be a good movie.

I’m not even going to talk about the fantastic one-liners that will be spawned by this incredible union of awesome. Everyone will be saying them. The Pope. The President. My dead grandmother. These new Terminator one liners will bring peace to the middle east.

Oh man, I can’t wait! Sign the contracts! Get the funding!

Here’s an image of my face the entire time I am watching this movie, a.k.a the greatest Action movie ever:

And that’s all I have folks. You like this idea? Let Schwarzenegger and Bay know on Twitter so we can make this happen!