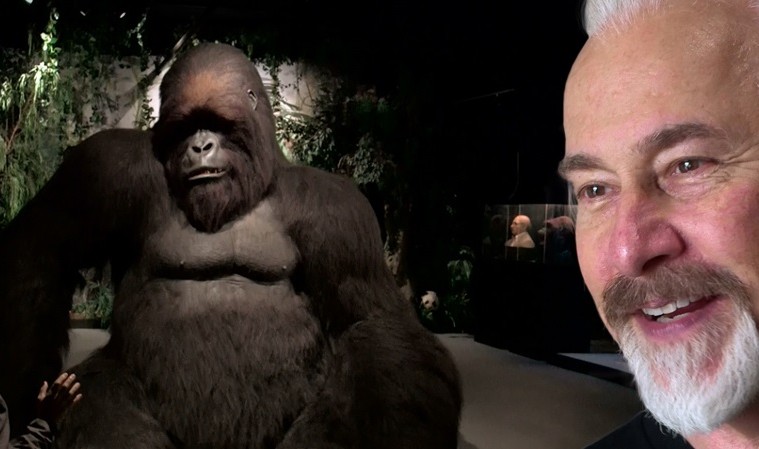 The Foreboding Closure of a Master’s Studio

When Rick Baker’s studio shuttered its doors and he put everything up for auction, I may or may not have put in multiple bids upwards of $2,000 each on various parts of the Harry & the Hendersons mask and body suit.  It’s a lot of money, so thank God I lost the bids.  The film’s far from a classic, but seeing that sasquatch mug gives me a warm feeling.  He has an affecting smile and real, physical movement that sparks a special feel of nostalgia.  The same thing can’t be said for most CGI effects.

This VICE interview goes a little bit deeper into the illustrious Rick Baker’s career.  As one of the top special effects artists of all time with credits on Star Wars, An American Werewolf in London, and the Men in Black franchise, the multiple Oscar winner talks about his love for the business and reflects on how its changing.  The most striking thing though?  It’s how agreeable he sounds.

I was always hoping for a much closer marriage between the CG and the makeup stuff. I’ve been designing on a computer since the late 80s—’89, I think—because I saw the writing on the wall, too. I’ve been doing computer models, and doing my designs extensively on a computer, and I love it. I love doing digital models and digital paintings, and playing with digital compositing. But I don’t think it’s the answer to everything. I think you’re going to lose something.

As someone who may or may not have teared up a bit while watching the Ray Harryhausen documentary, the experience of honoring what came before as it’s pushed out for the new can be bittersweet.  It’s nice to see that Baker himself is more sweet than bitter.  Which is more than my fiancée would say if she found out I dropped $2,000 on a sasquatch mask three months before our wedding.