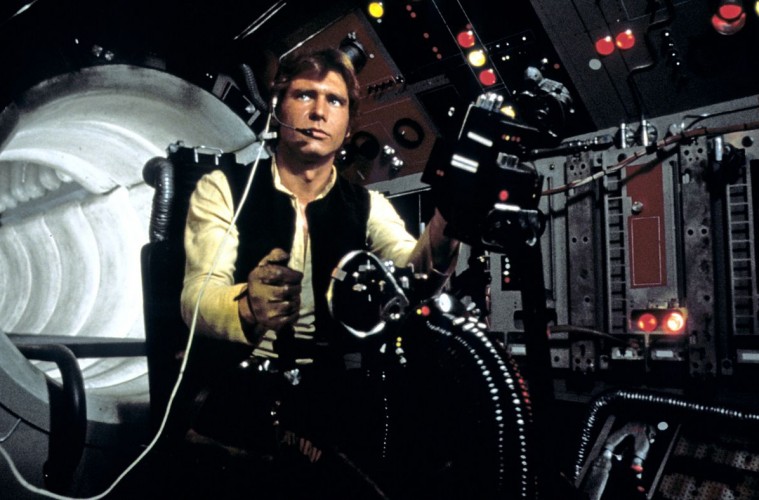 There are many alterations over the years to the original Star Wars trilogy that have irked fans over the years, but very few have annoyed fans more than “Han shoots first”.

For those that need a refresher, in the original cut of “A New Hope” Han shoots Greedo in cold blood. However, starting in the 1997 “Special Edition” cut, Lucas changed it to where Greedo shoots first and Han pivots out of the way to ultimately shoot him. To many fans (including this one) this decision has been viewed as Lucas weakening the Han character from his casual “take no shit” antihero demeanor. Well, in a new interview with the Washington Post, George Lucas has defended his change:

“Han Solo was going to marry Leia, and you look back and say ‘do you want him to be a cold blooded killer? Because I was thinking mythologically — should (Han) be a cowboy, should he be John Wayne? And I said, Yeah, he should be John Wayne. And when you’re John Wayne, you don’t shoot people [first] — you let them have the first shot. It’s a mythological reality that we hope our society pays attention to.”

The interview, which takes place right before Lucas becomes a Kennedy center honoree this weekend, can be read in its entirety HERE.