It takes a lot of moving parts to make blockbusters. A reality that the Federico Ponce knows all too well. Having spent 15 years working in VFX  — creating cinematics for the Call of Duty game series and title sequences for Marvel’s The Avengers — Fede has decided to put his  skills to use and finally leave the Hollywood cogwheel to strike out on his own. The end result of such a daring career shift is SEBASTIAN: The Slumberland Odyssey, a Winsor McCay-esque fantasy coming to a screen near you. 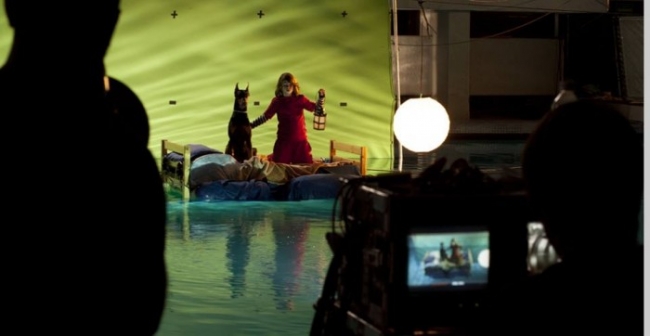 With a Kickstarter set to start on October 6th, Fede has given us a teaser for SEBASTIAN: The Slumberland Odyssey (below) in hopes of building support for this dreamscape adventure.

Based on the night time stories Ponce shared with his younger brother, SEBASTIAN is a lush, highly-imaginative experience. The kind that Ponce wouldn’t have been able to make inside the Hollywood system. Fortunately, he has producer Bertha Navarro (Pan’s Labyrinth) and screenwriter Zachary Sklar (JFK) in his corner. With their support and yours Sebastian’s odyssey may find its destination yet.

More after the concept art. 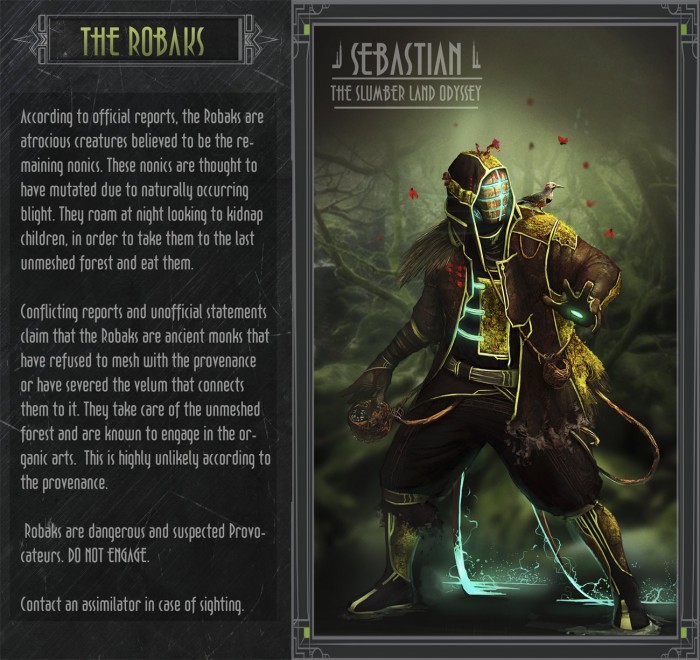 About SEBASTIAN: THE SLUMBERLAND ODYSSEY:

Sebastian: The Slumberland Odyssey is the first “Sci-Fan” tale to take the viewer on a mind-bending journey through worlds that have seldom being intertwined before. It’s a classic coming of age legend that takes place in two worlds. One world is the future where thanks to an incredibly advanced A.I., humanity has been able to overcome, war and poverty. Disease is now a choice and at last mankind has been united under a mission of collective prosperity… With one small price to pay: The loss of individuality. In order for humankind to unite, people have forgone their ability to dream and their desire to be different. With just cause, since unauthorized dreaming is now punishable by death.

The second world is beyond the reach of the A.I. : The Dreamverse.. or as it is known in legend: Slumberland. It is known as a realm made up of the entire collection of human dreams and desires. It is a vortex of chaos, fun and adventure where the remaining renegades and thought-provocateurs escape to in the middle of the night. Slumberland is a place of wonder where nothing is what it seems and the last remnants of human emotion remain pure and powerful. This is the last bastion where human dreams remain and a place where creativity and imagination are the source of life.

Back in the “real” world in a small house by the outskirts of the only remaining city, the last unassimilated orphans reside. Two siblings thick as thieves and a few years apart: Sebastian and his older brother Mika, take turns assisting their mysteriously ill grandfather. The clock is ticking and danger looms near for neither sibling can stop themselves from dreaming. As the A.I. detects the illegal activity of the last dreamers, Mika inexplicably disappears, abandoning Sebastian and their grandfather. In the midst of the impending danger grandpa has tasked young and fearful Sebastian to venture into the Slumberland in order to obtain a magical potion before his time runs out. Sebastian must gather his poise and beware, for no one knows what he will encounter there. Perhaps terrible nightmares looking to eat his soul or perhaps an amazing adventure…perhaps he could find his long lost brother; that is if the A.I. does not get to him first.

Source: The official SEBASTIAN Kickstarter | Troy on Twitter | Action A Go Go on Twitter and Instagram | Be sure to leave your thoughts in the comments section!