Every once in a while a movie comes out that is just made for you. You hear the title, or you see the trailer, and everything just clicks. Zombie Ninjas vs Black Ops is one of those movies. I mean, how can anyone screw this recipe up?

Zombies that are ninjas.

Both going at it for survival.

Yes, this is just about everything I could hope and dream for wrapped into one big movie. But can it live up to its (incredible) promise? Let’s find out. 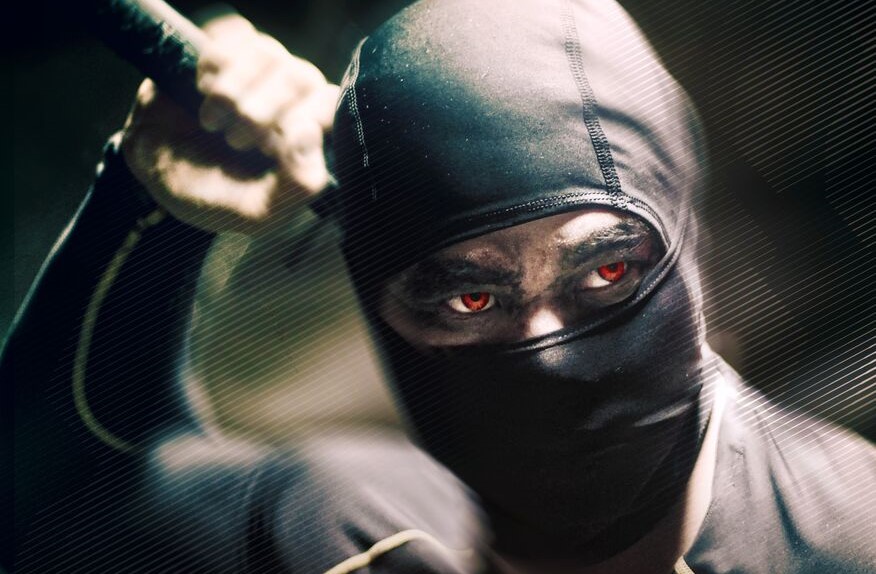 The film is directed by Rody Claude. This is his second feature, after making the film Deadtime. The story is a simple one. A Japanese security firm has been experimenting on dead soldiers at a research facility located in a non-descript tower in Australia. A party is going on and Dillon (Adam T Perkins) is called in for a late night interview to work security for the firm. But all hell breaks loose when a young scientist named Mali (Kira Lee Caine) wakes up the soldiers. A Black Ops team is called in to neutralize the situation but by the time they show up it’s clear that there is more going on here than meets the eye.

From the very beginning you know this is going to be one intense movie. It goes right to the action, showing you just how ruthless and capable these “Zombie Ninjas” can be. Headed by the Zombie Ninja Boss (UFC heavyweight Soa Palelei), they show no mercy and are unlike any zombies you’ve seen before. From the wild performances to crazy stunts you’ll be dropping your jaw at some of the stuff these zombies do. If you think about the sheer number of zombie films out there it’s all the more impressive that they were able to pull off a unique take on a classic villain.

But what about the other side of the coin? Those brave Black Ops soldiers sent to kick ass and take names? Adam T. Perkins is an obvious highlight. He gives a very subtle, tough performance and manages to portray Dillon as a sullen hero despite what little time is given to his introduction. Jason Britza also stands out among the Black Ops soldiers for his snarling performance as “A.K.” While we’re on the subject of acting we need to discuss Soa Palelei. He does get top billing, and the other zombies to a great job, but Palelei is  a nutcase throughout and his absolute physicality comes through in his fight scenes, which are some of the best of the movie. 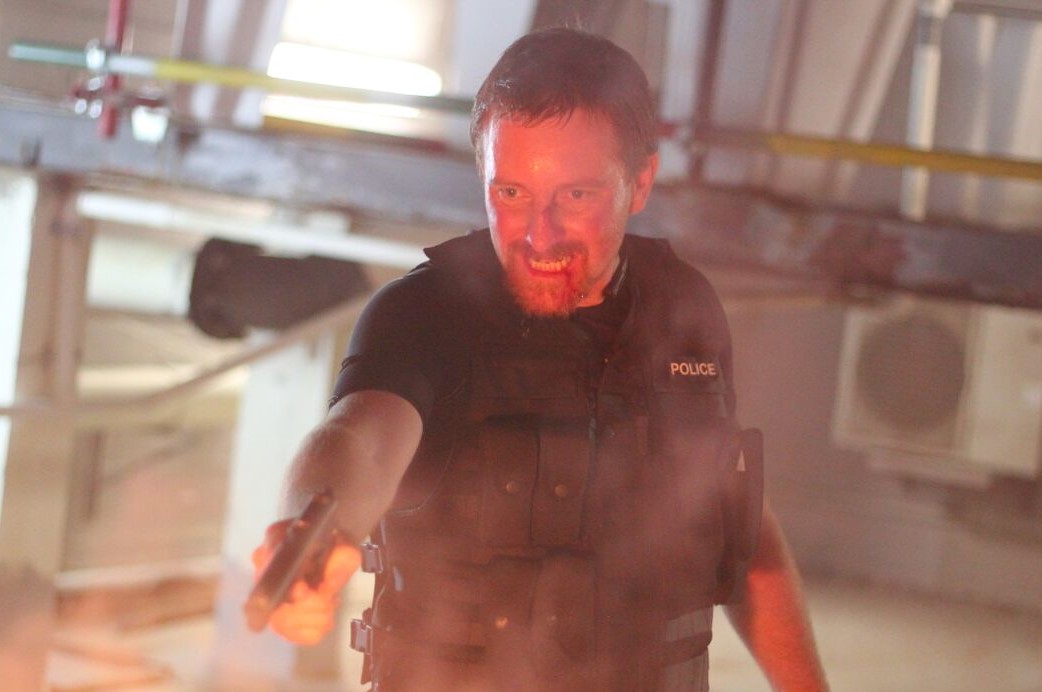 And that is saying something in a movie as chock full of action as this one. The fight scenes go on and on. Bullets are flying left and right and all manner of beat downs commence. It’s beautiful.

Is it perfect? While the movie has Die Hard dna written into it there could have been some more humor dotted throughout to fill some of the gaps between those epic fight scenes. That may have gotten in the way of some of the horror beats you have here, but it also would have been a welcome diversion. There are also some wooden performances that creep in as well.

However, those are relatively minor quibbles compared to what is going on here. If you you’ve been paying attention, it’s been a good year for movies coming out of Australia. Between Wormwood and Mad Mad: Fury Road I thought I had my fill of crazy films from down under, but Zombie Ninjas vs Black Ops fits right in there nicely. This is an action movie for the Call Of Duty generation, where people aren’t scared to mix genres and ideas just to see what happens. In this case, what happens is an entertaining balls to walls slugfest from start to finish that manages to do something very rare in this day and age: do something fun AND original.

| Action A Go Go on Twitter and Instagram | Be sure to leave your thoughts in the comments section!