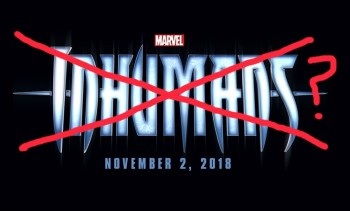 IS MARVEL PLANNING ON CANCELING THE INHUMANS MOVIE?

Per Rich Johnson at Bleeding Cool, Marvel may be very close to canceling the Inhumans movie for good. Here’s his quote

I heard from other well connected sources that the second shoe dropping will be the move of the planned Inhumans movie off the slate completely.

That was the film most pushed for by the Marvel TV side, which still reports to Perlmutter. And to which Marvel’s Agents Of SHIELD has committed to providing three years worth of promotion towards in its storylines, establishing the Inhumans concept to the fans.

If I read that correctly Agents of Shield will be on for at least 3 more seasons and they felt that they needed 3 seasons to build the Inhumans up which would have lead to a feature film featuring the characters. To clear something up, up until a few months ago Kevin Feige had to report to Ike Perlmutter. in May Disney restructured things where now Feige reports to Alan Horn the chairman of Disney. My guess is that Perlmutter wanted an Inhumans movie & Feige did not. & now that Feige is in charge, he is shitcanning a film version. As this is from a “i heard” source, I’d say take this rumor with a grain of salt. The other rumor out of NYCC (from the same source, also over heard) is that the budget for “The Avengers: Infinity Wars” will have a COMBINED budget of $1 billion! I’ll admit, when I first saw that, Dr Evil popped into my mind 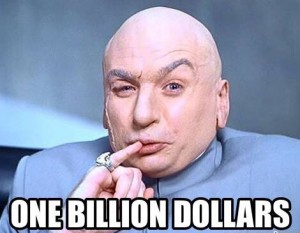 As of right now, Marvel’s The Inhuman’s comes to theaters November 2, 2018

About @TheChewDefense
He’s a Writer on @ACTIONAGOGO is a Movie, TV, Music, fight nut, Manny Pacquiao look alike, & left wing loon, not in that order