Why Did I Watch ‘Dylan Dog: Dead of Night’ – An Anemic Waste of Potential

Dylan Dog: Dead of Night looked like an interesting take on the sleek Kolchak: The Night Stalker movie we should be expecting one of these days.  I had also seen the cult classic Cemetery Man, which is based off of the same globally popular Italian comic book.

Watched this one very late on the night that it expired on Netflix Instant.  I was all by my lonesome and will admit that the cool embrace of sleep felt pretty welcoming… but I did my best to tough it out.

Directed by Kevin Munroe (2007’s underated TMNT), Dylan Dog: Dead of Night is a shiny, well-shot neo-noir about a hard-boiled private eye (Brandon Routh) who specializes in cases involving the undead.  At the beginning of our film, however, he’s retired from the world of the supernatural having left all the shady dealings of the literal “underworld” buried dark in the past in response to his wife’s tragic demise at the hands of an evil group of vampires. 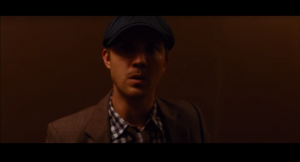 Unbeknownst to him, however, his assistant Marcus (Sam Huntington) gets him involved in a case with a young woman named Elizabeth played by Anita Briem whose father was apparently killed by a werewolf.

Despite much hemming and hawing about how he’s out of the ghoul business, Dylan is pulled back in by a sense of moral responsibility after Marcus is brutally murdered.  It is important to note, though, that Marcus turns into a benevolent zombie who eats maggots instead of brains.  So while fortunate for the character, it is unfortunate for the emotional stakes set up by his death.  With this newfound “motivation”, Dylan reapproaches Elizabeth to figure out who was after her father’s paranormal research and what they were planning to do with it.  Even from the trailer it seems pretty clear that the cabal of vampires and their ruthless leader named Vargas (played by Taye Diggs) is the right place to look, but it takes them a whole movie to figure it out.

The script is needlessly complicated.  The macguffin is called “The Heart of Belial” which contains magic blood that turns someone into an ancient demonic vampire, but nobody (even the multiple villains after it) really seem to know to what end they can use the demon for their whims. 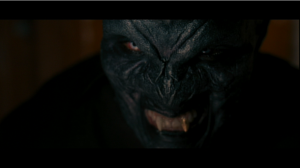 There is a pair of werewolf/vampire starcrossed lovers who were trying to get this macguffin for Vargas.  But their motivations are completely ignored once Vargas is highlighted as the bad guy.  Well, he’s the bad guy until it finally turns out that Elizabeth has double-crossed them and is going to utilize Belial (who doesn’t even live in a basket) in her war against all monsters!  This twist, however, is immediately rendered irrelevant by the fact that Taye Diggs ends up turning into Belial and they have to fight him anyway.  Supposedly the villains (whoever they were from the get-go) will use the ancient evil simply as a blunt force weapon to tip the balance of the big monster truce, but even the legend seems to admit that Belial is unreliable and known to turn on his master.  To that end, the mystery isn’t even intelligently solved.  After a random vampire friend who is introduced in the third act tells him what the macguffin actually does, Dylan mutters something along the lines of “Who could stand to gain from that?” and then intuitively figures out what’s going on… somehow

This is Action A Go Go and I will admit that there is “action” in this movie.  The fights may be fairly basic, but the tropes of the noir genre are well-represented to Routh’s regular beatings as he bounces from threat to threat.  Whether he’s fighting a demon with wings or a super-muscular vampire, Dylan is appropriately out of his element. 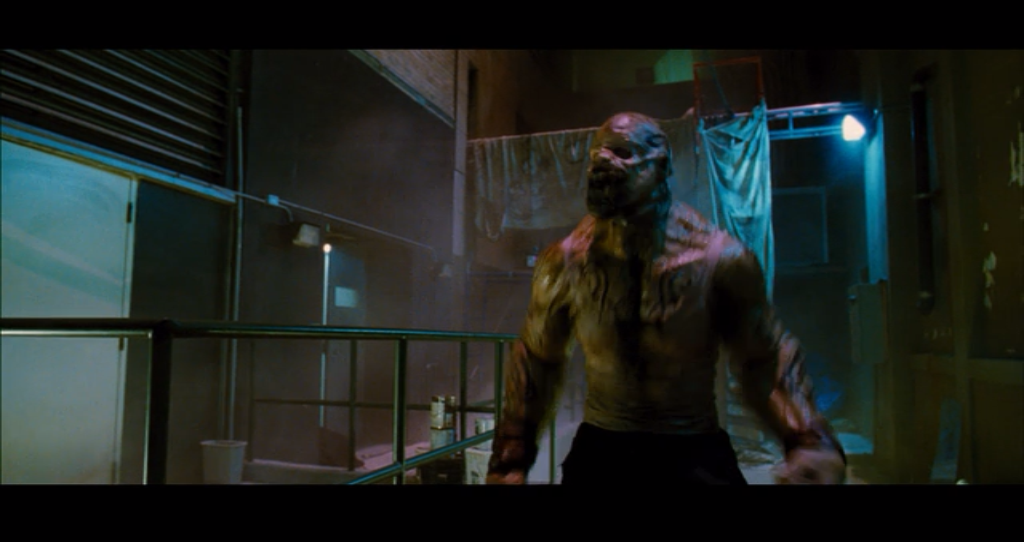 Despite this fact, the character’s unflappable demeanor and knowledge of the arcane serve the supernatural premise pretty well.   When he floors the underused Kurt Angle (as a werewolf henchman) with a set of silver knuckledusters or takes Marcus to a zombie hardware store for spare body parts, there’s at least a hint of Sam Spade on the screen.

Taye Diggs is clearly having some fun here in a way that actually serves the character.  Vargas is a disciplined, cooler than a cucumber force of nature and Diggs is able to do a lot of showboating in a fairly underdeveloped role without being too over-the-top.  I always find him to be a welcome addition to any film, so it was nice to see him cut loose and get a little bit closer to his upbeat performances in musicals as opposed to the stoic intensity audiences typically see from him (The Way of the Gun, Equilibrium).

One thing that did not work was Brandon Routh… which is a shame since he is the protagonist after all.  An attractive young actor pulled from obscurity for the lead in the $270MM behemoth Superman Returns, Routh still hasn’t quite graduated to leading man material.  I thought he was at least a serviceable Clark Kent and was hilarious in Scott Pilgrim Vs. the World, but the attempts at Dylan’s sardonic, world-weary personality fall incredibly flat.  An exchange like his response to Marcus’ “What’s the plan?” with “No plan, just bigger guns” should be at least a bit badass or tongue-in-cheek. 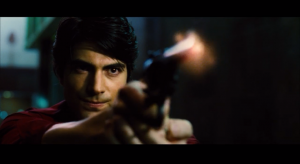 However, Routh consistently delivers punchlines like this with the intensity of someone doing their first line reading.   Just check out the halting voiceover at the beginning of the trailer embedded at the top of the page for an example.

His young age and good looks have to at least partly take into account why he doesn’t work as a noir character.  Even if Routh was pulling off the gumshoe monologues and quippy responses in the face of danger, his apparent inability to evoke a grizzled (or even remotely 3-dimensional) personality still undercut the drama/laughs/thrills/etc.  Part of the issue could be the script which focuses on a convoluted story and overblown character moments over depth (if I hear Sam Huntington scream for a humorous reason one more time…), but Routh’s sleepy performance at least deserves to shoulder some of the blame.

No way.  There were some interesting ideas buttressed by some fairly good production values, but overall the movie failed in its execution.  I am flabbergasted how a New Orleans-set supernatural thriller with zombies, werewolves, and vampires would fail to engage on such a basic level.  My first reaction was that it wasn’t quite bad enough to warrant an improbably low 8% score on Rotten Tomatoes, but when you think a little more about the methodology it starts to make some sense.  As we all know, Rotten Tomatoes bases it’s “Fresh Rating” on a binary scale of whether a critic thinks a movie is “Fresh” or “Rotten”.  Can I actually imagine that more than 10% of critics would say they liked the movie?  It’s not the worst movie out there, but it makes sense that the number of positive ratings would be so low.  Dylan Dog: Dead of Night isn’t offensively bad, it’s just not good.