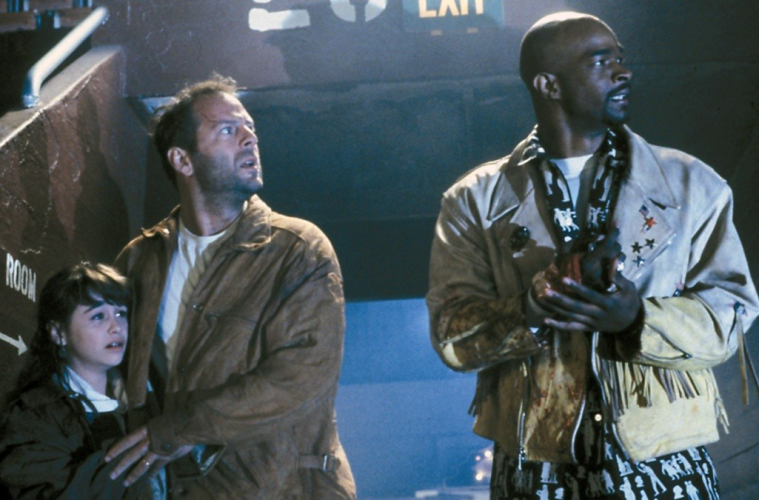 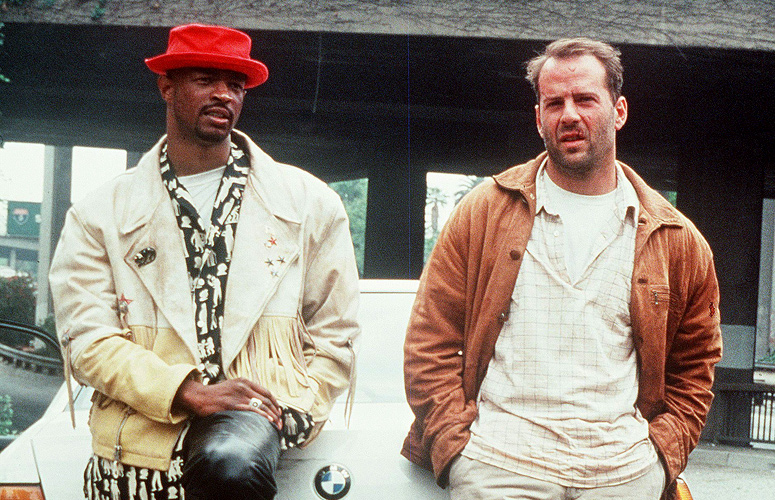 With its blatant misogyny, careless depictions of child endangerment, abrupt violence (yes, even for an action flick), and obvious criticisms of an American pastime, it really isn’t that hard to understand why The Last Boy Scout is often glossed over within the “buddy cop” sub-genre. The film spits in the face of all sorts of political correctness,  polarizing viewers despite the fact that it is a thoroughly entertaining yet questionable experience.

The film stars Bruce Willis as detective Joe Hallenbeck. Formerly secret service, Hallenbeck has completely and totally resigned to just being a piece of shit. Joe’s wife cheats on him with his own partner, his daughter is quick to tell him “fuck you,” and his latest gig as protection for a stripper named Cory (Halle Berry) ends with her murdered on the city streets.

In the buddy movie tradition, Hallenbeck’s failure to protect her brings him in direct conflict with Jimmy Dix, Cory’s boyfriend (Damon Wayans). Dix is a disgraced, self-pitying football player with an addiction to pain killers and a coke problem to boot. He also has a penchant for cheating on his girlfriend. And these are the heroes.

Together, the two men are dismissed by the LAPD, forcing them to solve why Cory needed protection, who she needed protection from, and how all this connects to LA’s professional football team, The Stallions. 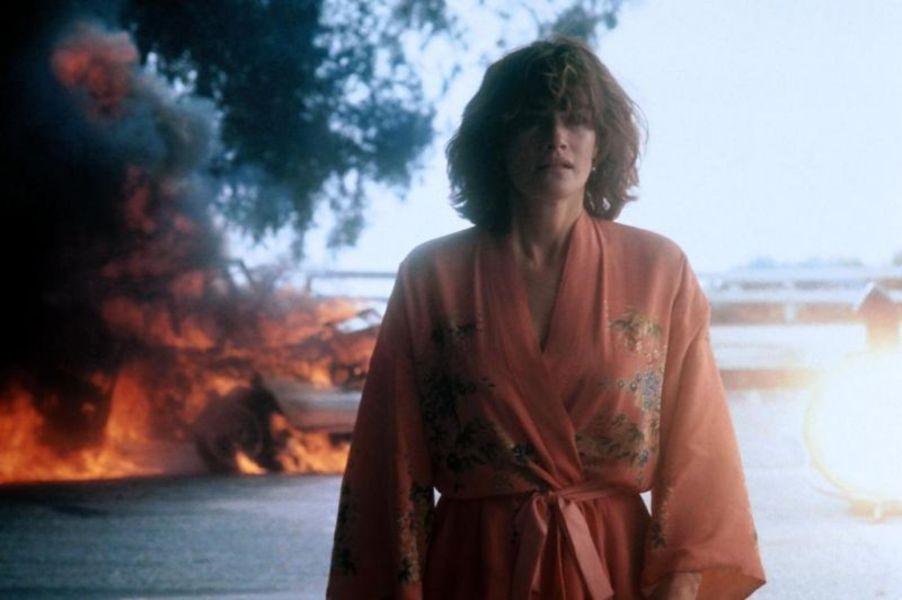 Written with copious amounts of cynicism by Shane Black (Lethal Weapon, Iron Man 3) and directed by Tony Scott, the film was given a begrudgingly positive review by Roger Ebert of the Chicago Sun Times in 1991. In a critique that sounds like the confessions of a man defeated by Hollywood, Ebert dissapointedly declares Last Boy Scout as “the future” of cinema. Even going as far as to state that the movie “assumes that the audience has no standards except those of a mob.” And, as much as I like the film, I totally see where he is coming from.

Screenwriter Shane Black has openly admitted to the fact that the end result isn’t what he was shooting for with The Last Boy Scout, possibly owning up to the belief that the film might be too unpleasant to be an  easily  enjoyable classic. However, I think some of the blame might also fall on Scott (and the mysterious co-writing credit of Greg Hicks). 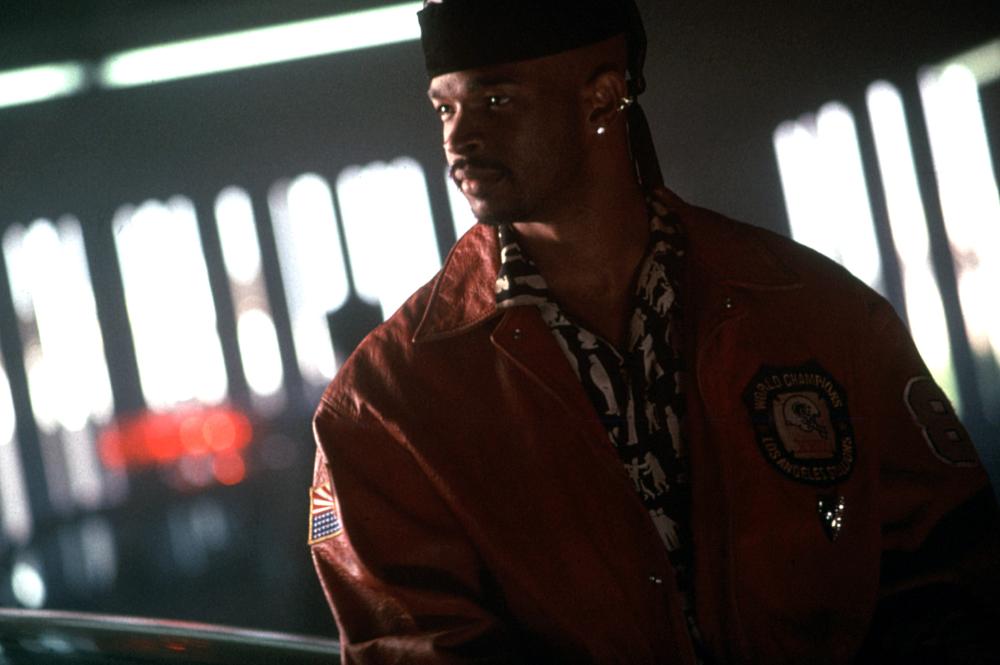 At its base, The Last Boy Scout wants to be a bonafide crowd-pleaser, attempting to ape Black’s work on the comparatively upbeat Lethal Weapon franchise. And, like all major Hollwood films, it ends with all the good guys smiling, even these defeated anti-heroes. Unfortunately, when paired up with Black’s deliberate pulpiness, director Tony Scott just isn’t able to ever really lighten the mood. As a matter of fact, Scott makes it more aggressive. When compared to Black’s action films with other directors (Richard Donner on Lethal Weapon, Rennny Harlin on Long Kiss Goodnight), Last Boy Scout only works if treated like a black comedy with bullets. Scott’s trademarked flat, gritty style magnifies what was supposed to be Black’s patented Hammet-esque cynicism. It gives the movie a hint of unpleasantness between laughs, turning against an unprepared 90s audience that would inevitably and collectively transition their way towards political correctness.